It was the Lord Rhys, prince of Deheubarth, who held the first eisteddfod - a gathering of poets and musicians competing to be declared the best among their peers - at his new castle in Cardigan in 1176. Today, across Ceredigion, competitors of all ages from far and wide keep the eisteddfod alive and thriving. 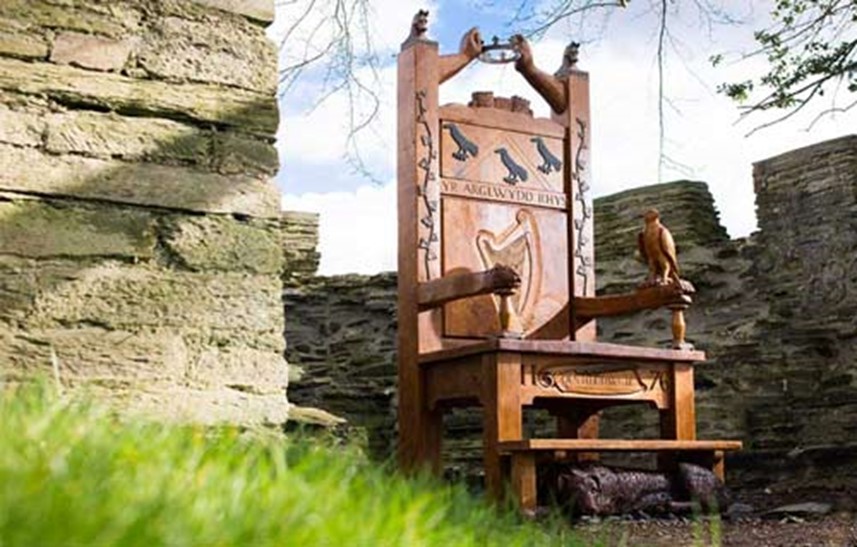 The castle at Cardigan has undergone a major restoration, and now hosts many events including music, food and craft fairs as well as classes to learn Welsh and harp playing. There is a permanent exhibition at the castle explaining the traditions of the Eisteddfod and ceremonial items which we are not able to view so closely are on display.

A proclamation ceremony is held the year before the National Eisteddfod visits an area. The ceremony is usually held among the stones of the Gorsedd of Bards. Spot these at Aberystwyth (in the castle grounds) and in parks in Cardigan and Lampeter. 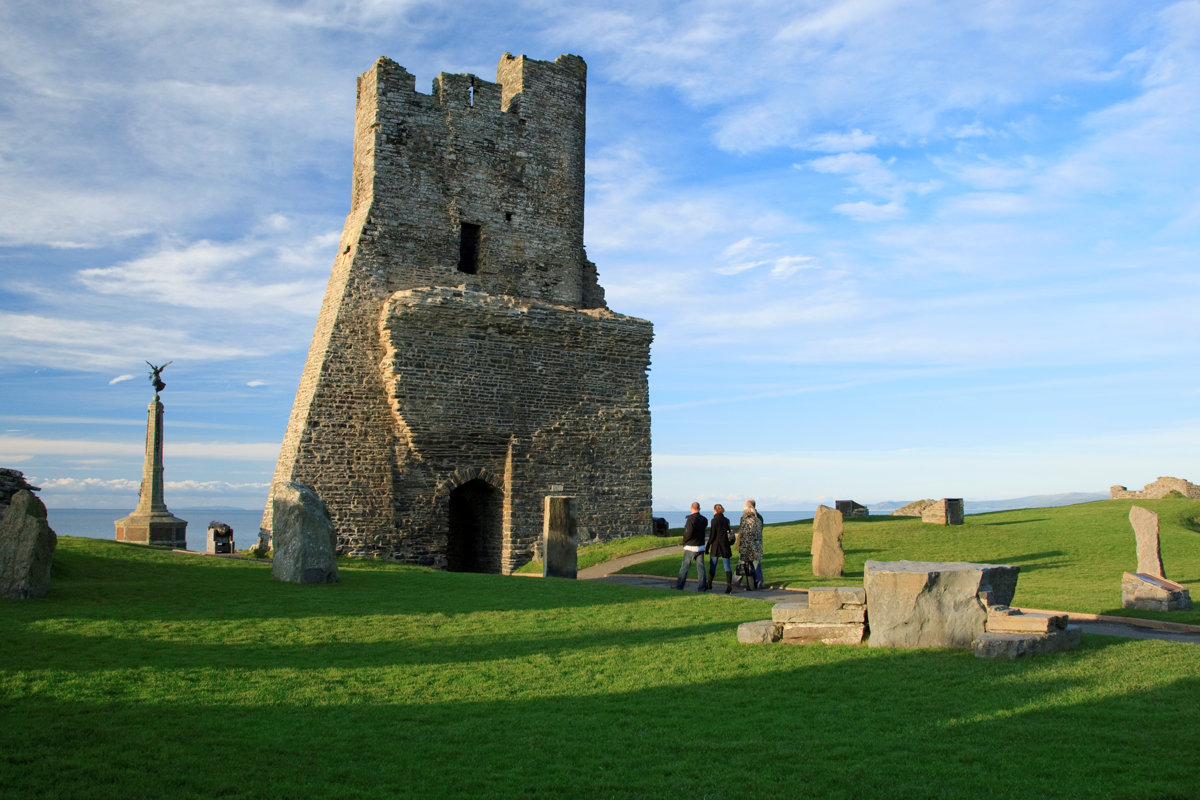 There are several ceremonies held during the eisteddfod week. The most prestigious is the 'chairing' of the bard. Each year a new chair is designed, for the winning poet to keep.  You can see a collection of eisteddfod chairs at the National Library of Wales. ​The chairs are intricately carved with symbols -  can you spot which one of these imposing Eisteddfod chairs that was donated by the Welsh community of New Zealand?  ​

Experience an Eisteddfod in Ceredigion

Today, the modern eisteddfod is a festival where competitions in poetry, reciting, dance, drama, arts and craft and much more are held. Ceredigion has a strong Eisteddfod tradition, with Eisteddfodau (more than one eisteddfod) held in towns and villages all over Ceredigion. They are part of the family of eisteddfodau held around the world from Australia to Patagonia.

By visiting an eisteddfod you will witness an authentic and traditional Welsh language community event which showcases the living culture of the area.

Competitions can usually be grouped into two categories:

• competitions judged before the day of the eisteddfod (e.g., literature, arts and craft).

Most village eisteddfodau are held on Saturday in a chapel or village hall. Some last an afternoon and evening whilst others last a whole weekend. 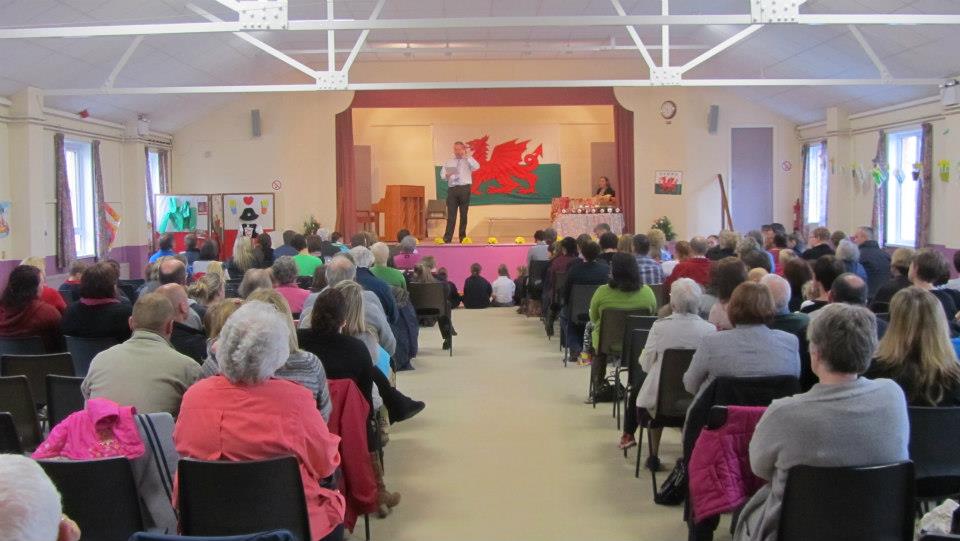 The eisteddfod ‘season’ is usually between September and mid July with a break in August when the National Eisteddfod is held. You can enjoy a feast of singing and recitation, all in Welsh, and be entertained and enchanted by accomplished local talents and even some future stars.​​​​​​​​​​​​​ 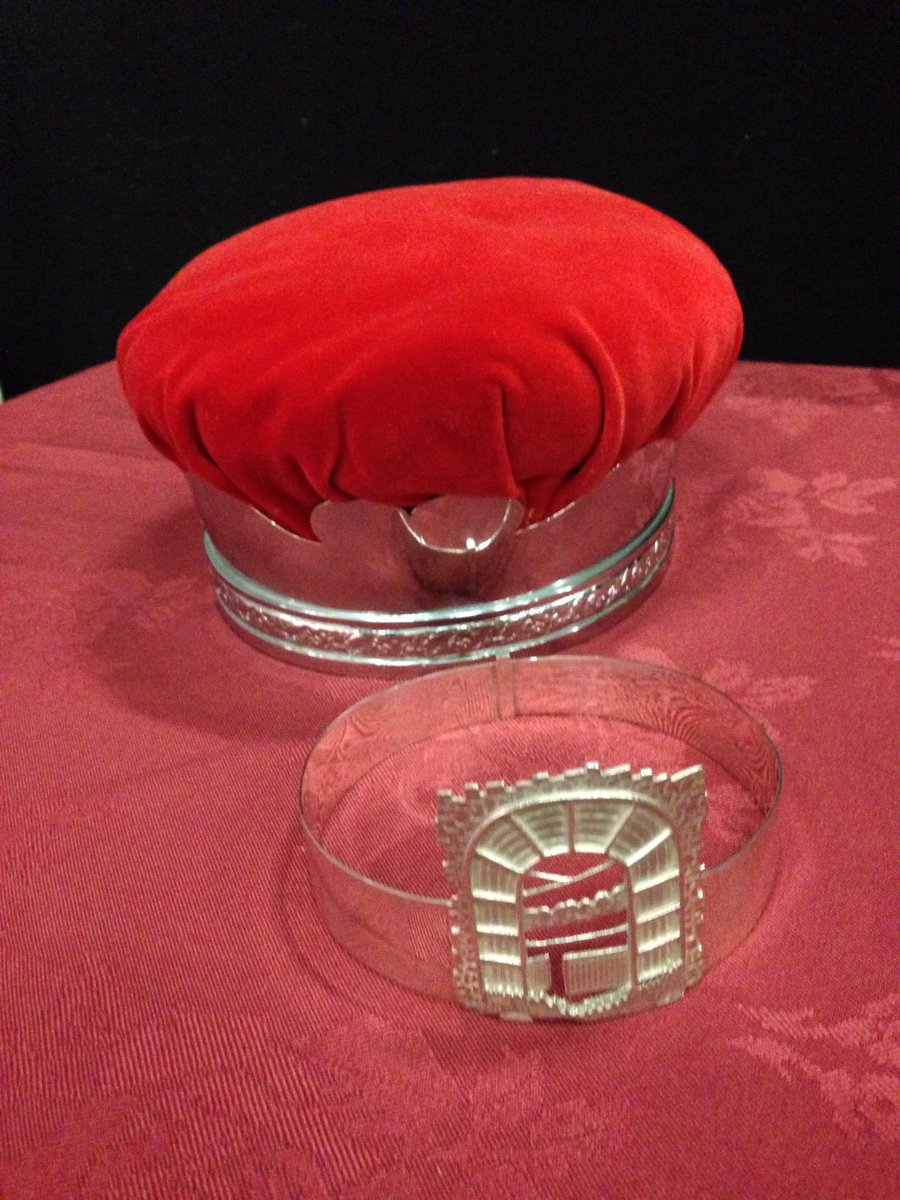 The most prestigious literary prizes at an eisteddfod are the bardic chair and the bardic crown, one won for an ‘awdl’ poem written in strict metre, and the other for work in ‘vers libre’. Several Ceredigion poets have won these highest of accolades, but only a handful of poets have ever managed to win ‘the double’ of both Eisteddfod chair and crown. One of these is Donald Evans of Talgarreg, who achieved this feat not once, but twice.

Local eisteddfod winners have gone on to become national and even international stars. Competition at the annual Young Farmers’ eisteddfod is also keen, with competitions ranging from serious literature and music to comedy.​​​​​​

The National Eisteddfod in Ceredigion

The National Eisteddfod was to be held at Tregaron in 2020, but was postponed twice and will now take place in August 2022 between July 30 and 6 August. 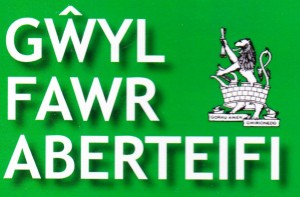 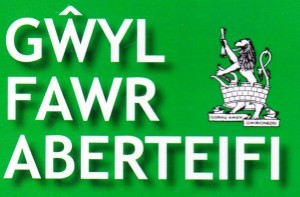 Gwyl Fawr Aberteifi is Cardigan's modern day eisteddfod. Events are held over several days at the end of June with concerts,   musical, literary and other competitions which attract competitors from all over Wales and beyond. Many winners have gone on to win at the National Eisteddfod.

There are other major eisteddfodau held in Ceredigion, such as the Pantyfedwen Eisteddfod at Lampeter and Pontrhydfendigaid. 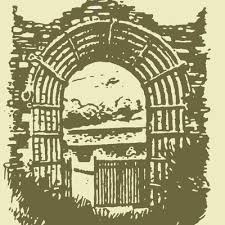 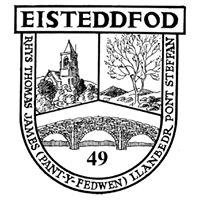 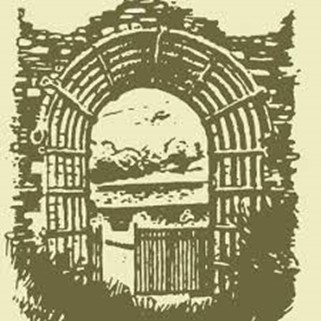 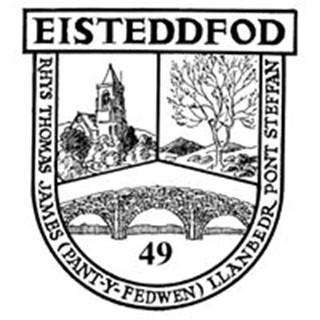 Like Tregaron and Cwm Ystwyth, the Penrhyncoch eisteddfod, held in April, is an 'Eisteddfod Gadeiriol', which means that it has a poetry competition, the winner of which is honoured in a 'chairing' ( cadeirio) ceremony.

Other local eisteddfodau are held in

Another cluster take place between St David's Day, Easter and May Day

After the National Eisteddfod in August, the local eisteddfod season re-starts

For details of all eisteddfodau, including competition programmes across Ceredigion and Wales, see Cymdeithas Eisteddfodau Cymru's listing (in Welsh)