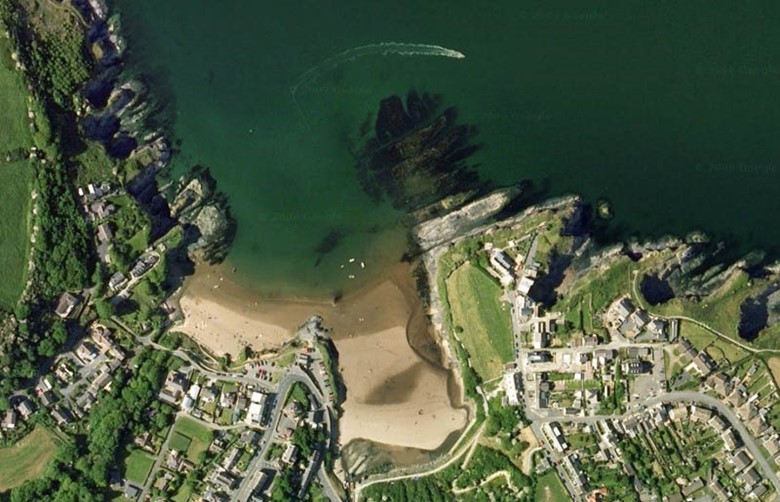 Aberporth bay has two main beaches, known as Dolwen and Dyffryn beaches. They lie between the headlands of Trecregyn ('cregyn' means 'seashells' in Welsh) and Fathgarreg ('carreg' means 'rock') and are divided by another, smaller rocky headland - Pen Trwyn Cynwyl (Cynwyl's headland, named for a warrior saint who is said to have been with King Arthur at the battle of Camlan). The headlands are ideal wildlife spotting sites, including the bottlenose dolphins of Cardigan Bay.

The beaches are separated at high tide but at low tide there is a wide expanse of sand that stretches between sheltering headlands. Around these rocky outcrops there are plenty of rockpools and some caves to explore at low tide. 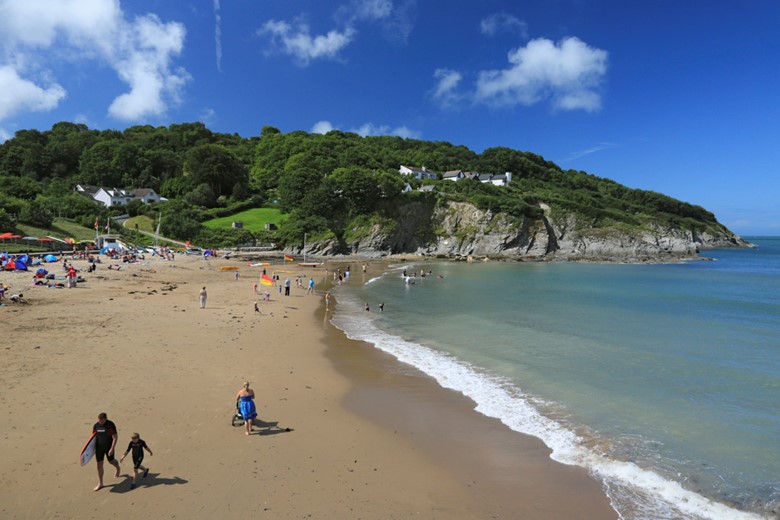 The family friendly beach of Dolwen is the western bay and the most popular for swimming and sunbathing. During the main summer holiday season the beach is patrolled by RNLI Lifeguards.

The river Howni sculpts the beach along the eastern side of Dyffryn beach.  This beach is open to dogs throughout the year. 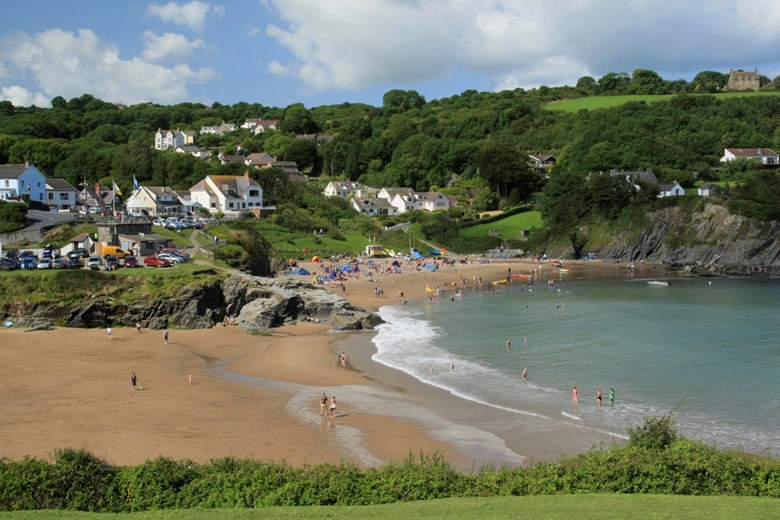 Aberporth's beaches, being sheltered from stronger winds, are also ideal for surfing.  And if you're ready for a New Year's Day dip, you can join the locals in a dash to be first into the surf. 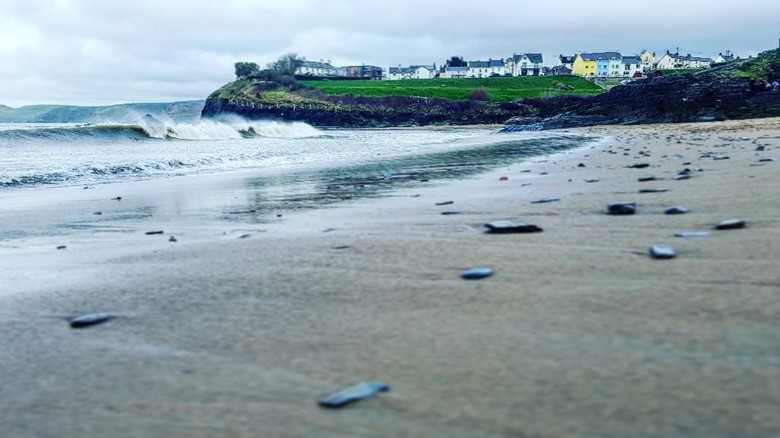 Between May 1st and September 30th dogs are prohibited from Dolwen beach. (beach below dolphin statue)

Dogs have access throughout the year to Dyffryn beach, where the river Howni flows into the bay.

Facilities and services
History and heritage

Aberporth was famous for its herring, which was reputed to have an especially delicious flavour and the village once had a fleet of about 20 herring fishing boats or 'smacks'.

Ships that couldn't unload their cargo at the nearby busy port of Cardigan often landed on Dyffryn beach, the larger of village’s two beaches, which became known as ‘Traeth y Llongau’ (the ships’ beach), beaching at high water and leaving on the next high tide. 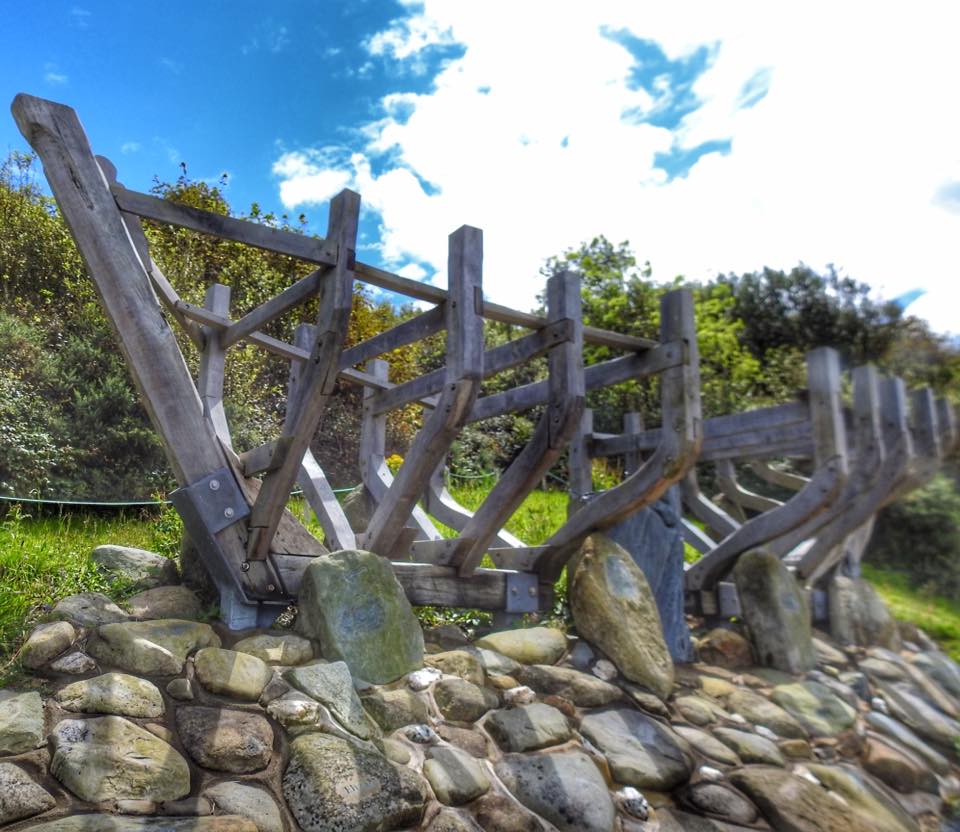 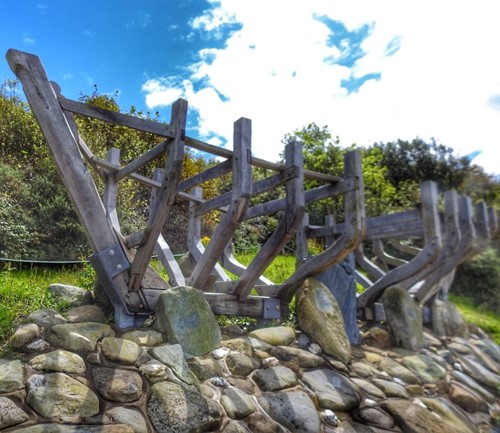 The village church is dedicated to the Celtic Saint Cynwyl, who came to the area from Northern Britain in the 6th century. Cynwyl is mentioned in the Mabinogion story of Culhwch and Olwen. Cynwyl is also said to be one of the three men to escape from the battle of Camlann, King Arthur’s legendary last battle. 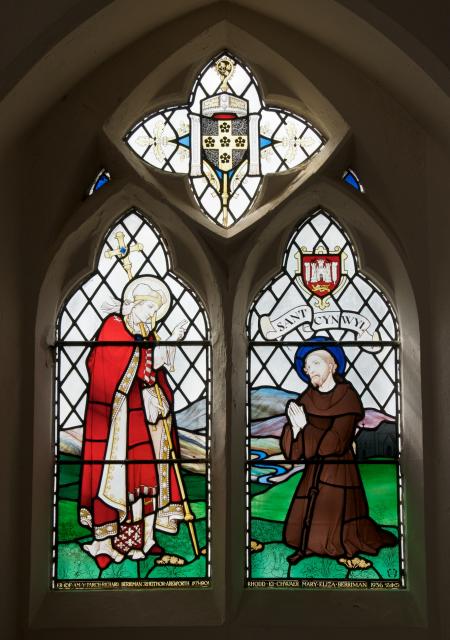 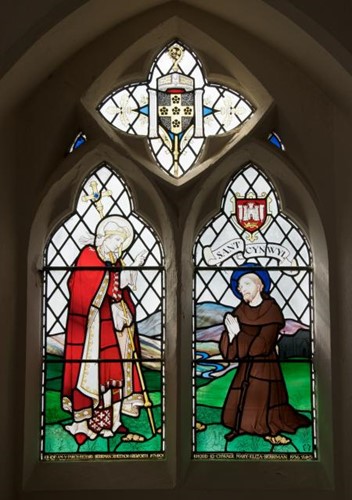 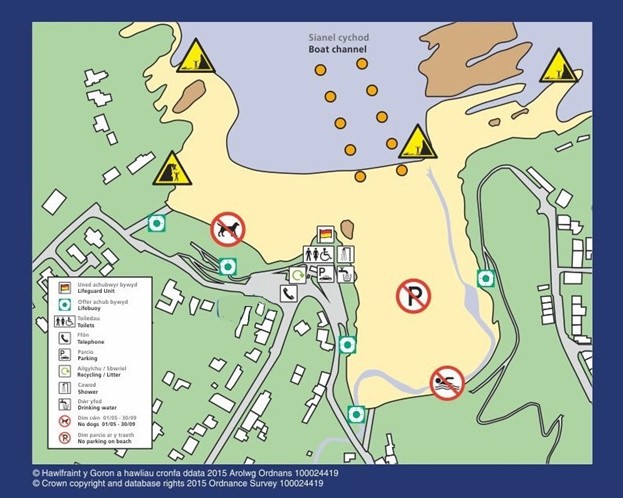 Further information
Local bylaws
Byelaws are in place regulating speeds at which pleasure boats can navigate within restricted areas surrounding Ceredigion beaches between May and the end of September annually. The maximum speed allowed within the restricted area is 8 nautical miles per hour. Ceredigion Marine Code (pdf) Ceredigion Tide Tables