Ceredigion was once its own kingdom, lying between the lands of powerful chieftains and princes to the north, east and south, as well as Roman, Viking and Norman invaders.  As well as being blessed with the natural defences of mountain, rivers and sea, several castles were built, fought over and destroyed, leaving a legacy of intriguing and romantic ruins. 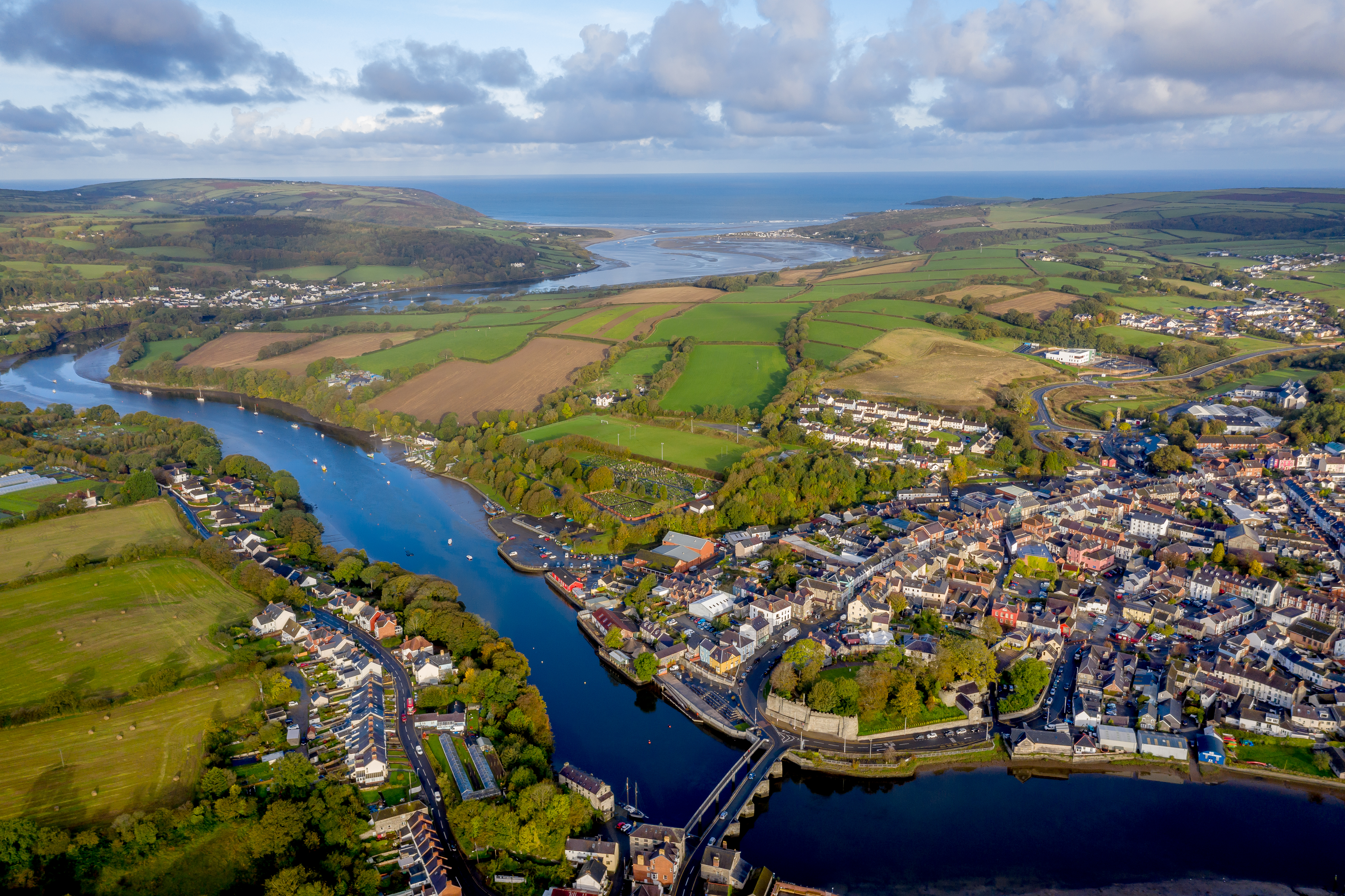 Considering Cardigan's natural strategic location on the route inland along the Teifi, you would certainly want to ensure you had it under your control if you were a Medieval warlord.

Cardigan's first castle was a simple motte and bailey, quickly built by the Normans on a small peninsula overlooking the Teifi estuary about a mile downstream towards the sea from the present castle.

In 1110, King Henry I took Cardigan from Owain ap Cadwgan, as punishment for a number of crimes including the abduction of the princess Nest, the beautiful Welsh wife of the Anglo-Norman Gerald de Windsor. The king gave the Lordship of Cardigan, including Cardigan Castle to Gilbert Fitz Richard, of Clare, another ambitious and powerful Anglo-Norman baron.

The Welsh rose in revolt, and in 1136, and an alliance of the Welsh princes of Deheubarth and Gwynedd, keen to wrest back control from the Normans, fought a fierce battle and won a decisive victory at the Battle of Crug Mawr. This distinctive hill, located a little to the north of Cardigan town, can be clearly seen from Cardigan castle. The Welsh did not manage to capture the castle on this occasion, but the Normans' defeat significantly set back their progress in south west Wales. 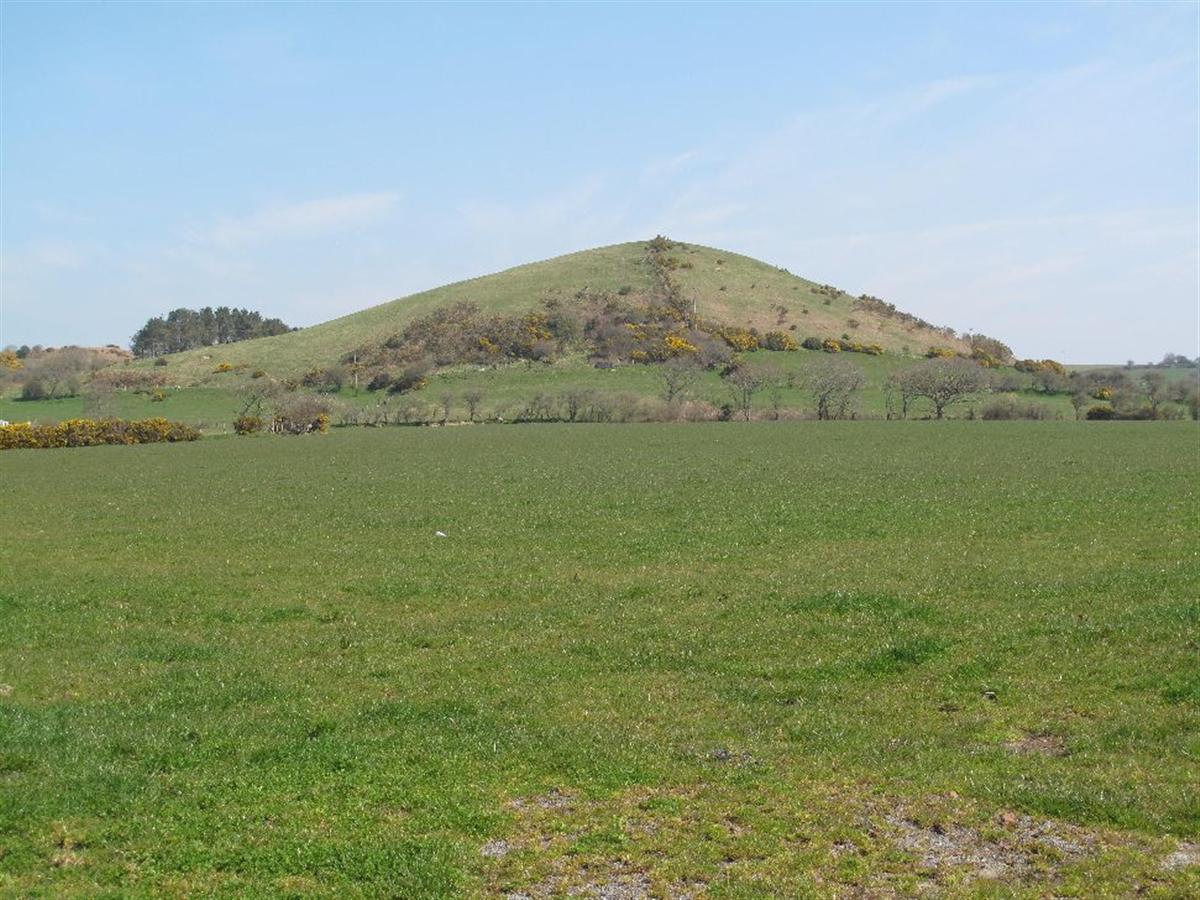 The Lord Rhys, Prince of Deheubarth

Rhys ap Gruffydd, known as the Lord Rhys of Deheubarth was a descendant of Hywel Dda (Hywel the Good) and a prince of the house of Dinefwr. He had fought against the Normans from an early age and was an active participant in war and politics for sixty years and became a dominant ruling prince in Wales for more than forty years.

At the age of 25, Rhys ap Gruffydd became ruler of Deheubarth, a kingdom which covered Ceredigion, Ystrad Tywi and Dyfed (modern day counties of Pembrokeshire, Carmarthenshire, most of Swansea and some of Ceredigion). 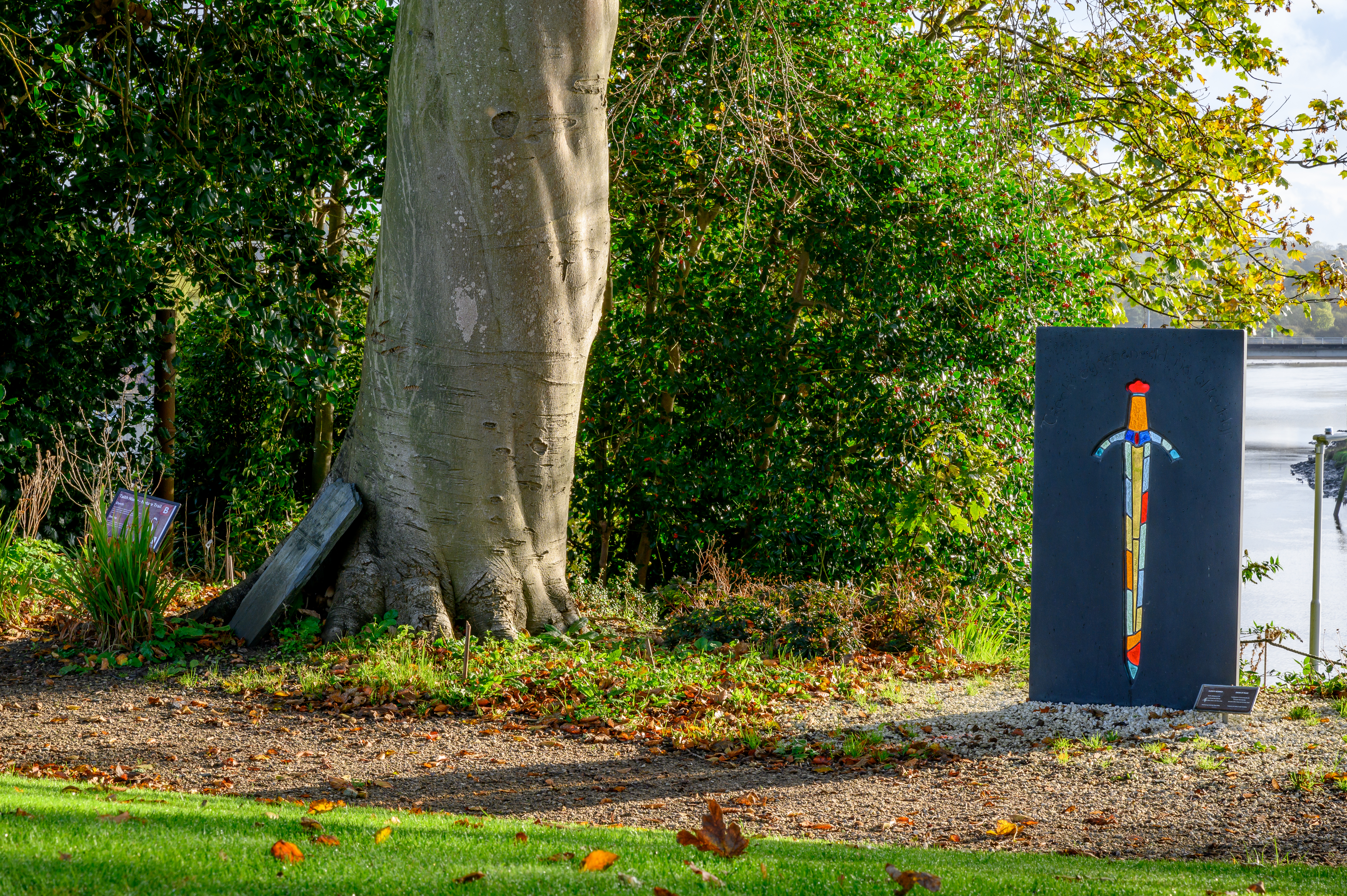 Eight years after becoming ruler of Deheubarth, and after much conflict, the relationship between Lord Rhys and Henry II eventually improved, and Henry made Rhys ‘justice of all south Wales’.

In 1165, Rhys captured and demolished the Norman castle at Cardigan, and soon captured nearby Cilgerran castle too. Rhys set about building a stone castle at Cardigan, using the latest military techniques. To celebrate its completion, the Lord Rhys held a festival in 1176 – the first Eisteddfod – proclaimed throughout Wales, England, Scotland, Ireland and possibly France.

Cardigan castle fell into Norman hands again when it was captured by William Marshall, Earl of Pembroke. It was then recaptured by the Welsh, and again by the Normans. With the conquest of Wales by the ruthless Edward I, Cardigan came under the control of the English crown.

Cardigan Castle was heavily damaged in the English Civil War, and only saw development in the 19th century when Castle House was built. It eventually fell into disrepair, yet held its military purpose, as testified by the Word War II pillbox in the grounds. Finally restored, and opened to the public in 2015, the castle is again alive with activity, with concerts, weddings and celebrations.

The history of Aberystwyth's castles is a stormy one, reflecting the tenuous existence of this Norman enclave in a resolutely Welsh part of Wales. The first castle was built overlooking the mouth of the Ystwyth river at Tan y Bwlch in 1110.

Owain Gwynedd destroyed the castle after defeating the Normans at Crug Mawr. Roger de Clare re-occupied the site in 1158, only to lose it to the Lord Rhys six years later. The castle changed hands at least five times in the early 13th century, in struggles between Deheubarth, Gwynedd and the English. It was finally captured by Llywelyn the Great in 1221 and he probably destroyed it, since historical records are then silent until Edward I commenced the new Aberystwyth Castle a mile to the north. 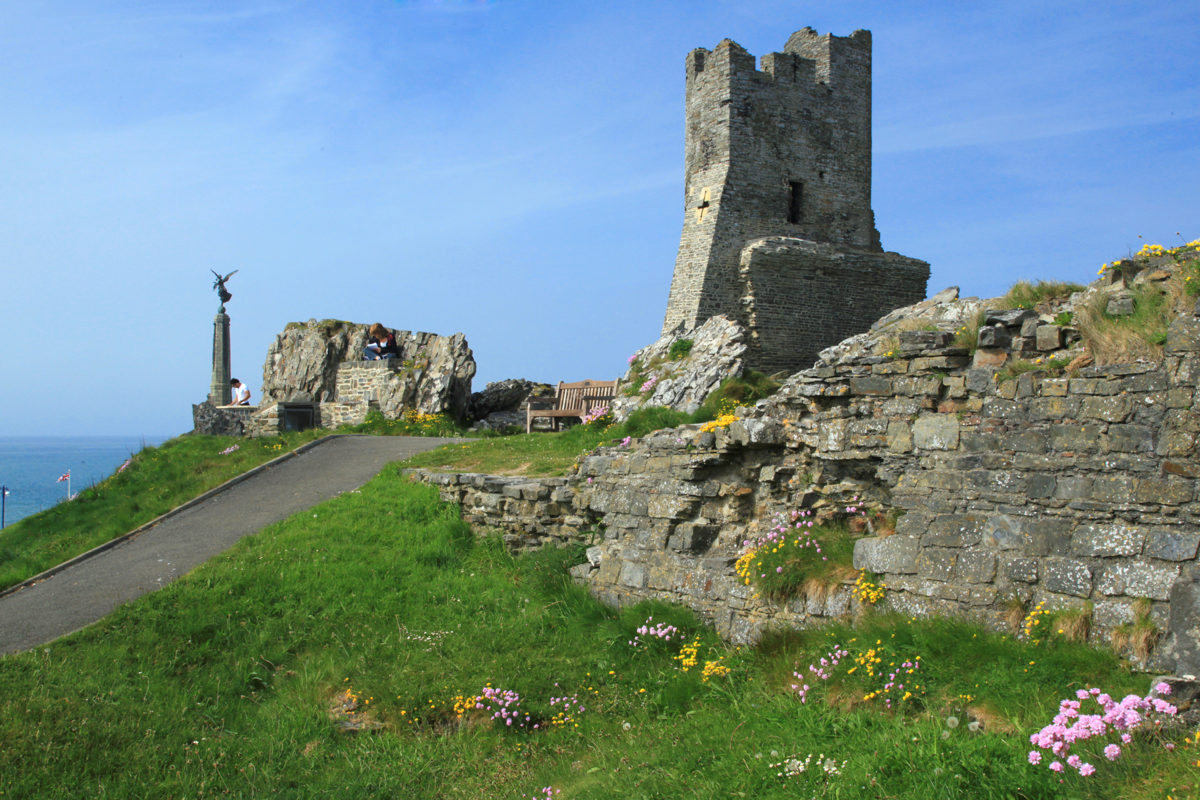 Edward I’s great castle was built at the mouth of the River Rheidol from 1277 onwards. It was designated as a Royal Mint by Charles I, to produce coins from the silver mined in the nearby Cambrian Mountains.  Only a few years later, during the Civil War, the castle was held by Royalists, so it was bombarded by cannon and largely demolished by the Parliamentary forces in 1649 so that it couldn't support  or sustain another uprising.

Aberystwyth Castle may stand in ruin, but this is testament to a along and turbulent history. It's therefore rather fitting that the town's beautiful war memorial stands in the grounds of the ruined castle. The base represents Humanity emerging from the effects of war, and above her a winged figure, representing Victory, extending a symbol of peace towards the horizon.

The circle of stones within the castle are the site where the proclamation ceremony takes place when the National Eisteddfod visits Aberystwyth.

The Lord Rhys and the Normans

Cardigan Castle is full of life today with weddings, music and other events.

Cilgerran Castle, its towers overlooking the wooded gorge were recorded in a romantic painting by JMW Turner on his tour of Wales

Newcastle Emlyn, with a natural moat provided by the river Teifi. They say that the last dragon in Wales was killed nearby.

The seat of power of the Princes of Deheubarth was Dinefwr at Llandeilo in the Towy valley, which is easily reached on a day trip from Ceredigion

Nearby are the castles of Dryslwyn  and Carreg Cennen

as well as the monastic site of Talley Abbey, a romantic ruin in a beautiful lakeside setting to the east of the Cambrian Mountains

As a descendant of the  Princes of Deheubarth, Owain Glyndwr had deep roots in the region.

Owain Glyndwr's family had estates at Iscoed and Gwinionydd along the Teifi valley, and Owain himself may have held court at Llandysul.  The men of Llandysul were among the first to join Owain in his 1400 campaign against Henry IV of England, but the king confiscated his family's land in the area.

In June 1401 Owain scored his first major victory over Henry IV's army at Mynydd Hyddgen on the slopes of Pumlumon. Henry retaliated with an attack on Strata Florida, billeting his men in the  Abbey, but in 1404 Owain captured Aberystwyth castle and Henry was forced to retreat.

Owain wrote to King Charles VI of France to negotiate a treaty between Wales and France, and held Wales' first Parliament at Machynlleth in the Dyfi valley, strategically located between Gwynedd to the north, Powys to the east and Ceredigion and Deheubarth to the south.

Henry eventually prevailed, but Owain Glyndwr was never captured. He is remembered in English literature in Shakespeare's plays about Henry IV.

On the trail of Owain Glyndwr