Devil's Bridge - a place built on a legend

The legend of Devil's Bridge

According to legend, the original bridge was built by the very Devil himself, as it was too difficult for mortals to build. The Devil agreed to build the bridge in exchange for the soul of the first being to cross the bridge. However he was tricked of his prize by a canny old woman, who threw bread across the bridge, which her dog ran after, thus becoming the first ‘being’ to cross the new bridge.

It is likely that the bridge was constructed in the 12th century by the monks of Strata Florida on the route to Ysbyty Cynfyn.  The second bridge was built in 1753 and the  top bridge was put in place in 1901. 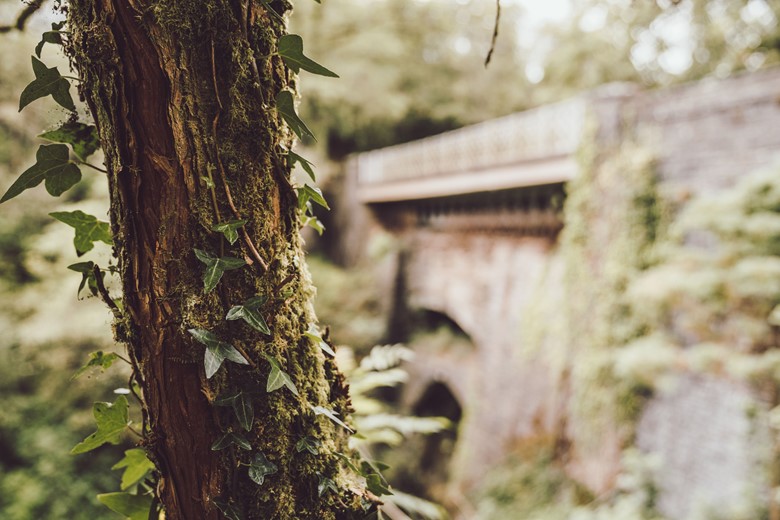 The river and woodland landscape of Devil's Bridge

The dramatic waterfalls on the River Mynach ('the monk's river') are on a tributary of the river Rheidol. The Rheidol itself is a very steep river, falling about 550 m (1880 ft) in it's short 39 km (24 mile) long journey to the sea at Aberystwyth. The landscape of the river systems of upland Ceredigion and the dramatic waterfalls are testament to the complex process​ of erosion by ice and water over thousands, possibly millions of years. 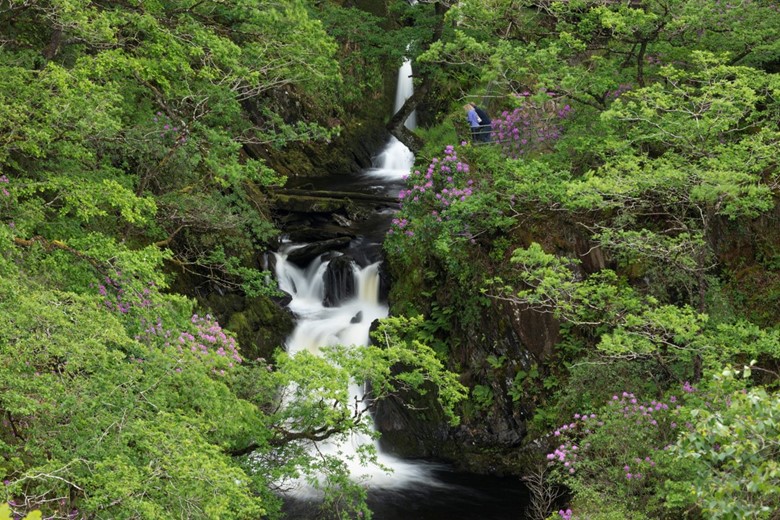 The Picturesque landscape of Hafod Estate

Between Devil’s Bridge and Pontrhydygroes (about 12 miles inland from Aberystwyth) is Hafod Uchtryd, now known simply as Hafod. In it's heyday, Hafod was as a magnificent 18th century creation by the estate’s owner, Thomas Johnes (1748-1816), who built a grand new country house in this remote location and laid out its wooded grounds in the 'Picturesque’ landscape manner. Features included a variety of circuit walks and a succession of views and landscapes. Recognised as one of the finest Picturesque landscapes in Europe, several of these have been surveyed and restored, although sadly only the stables remain of the Hafod mansion buildings.

Hafod Church is both graceful and peaceful on the edge of the estate. Visit to learn about the statues and stained glass that Thomas Johnes had installed, only to be tragically damaged by fire. 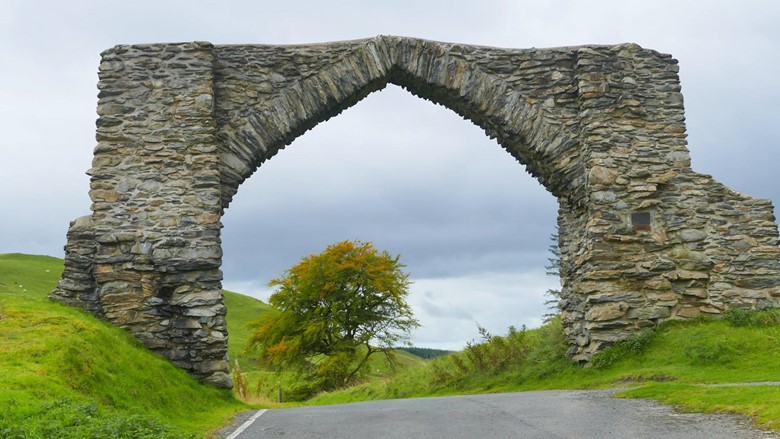 One of the structures that Thomas Johnes constructed to enhance the views on his estate is The Arch, a tribute to King George III.

Hafod soon became an essential destination for 18th century nobility on their tour of Wales. The area was described by the author George Borrow in his book Wild Wales, which, since its publication in 1854, has never been out of print. Devil's Bridge became a favourite visitor destination, and the famous falls and bridges continue to impress visitors today.

Devil's Bridge and the surrounding area feature extensively in an exciting television detective series Hinterland. Filmed in both Welsh and English, Hinterland was first shown on the Welsh TV channel S4C, and BBC channels in 2014.​ 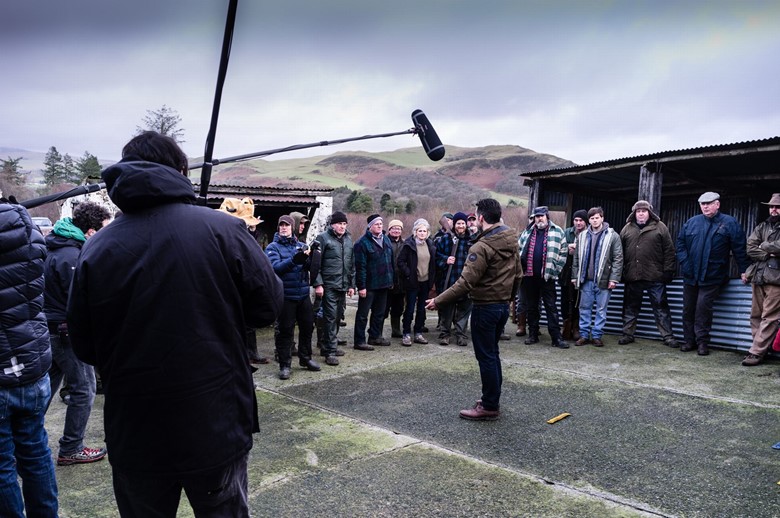 What to see and do at Devil's Bridge

Admire the skills of Medieval, Georgian and Victorian builders who constructed the three bridges across the Mynach gorge and falls. There are two routes to choose from.

The Hafod Hotel was originally planned as a hunting loge for Thomas Johnes, but was redeveloped as a hotel for the visitors keen to see the dramatic Picturesque landscape of Devil's Bridge and Hafod. Legends abound about the possible visitors to Hafod - check out the sign now on display at the Hafod Hotel which refers to an enduring local myth that the famous Hallelujah Chorus of Handel’s Messiah oratorio was inspired by a visit to Ceredigion.

The Arch is the starting point for a number of walks, including the Ancient Beech Trail through trees planted by Thomas Johnes over 200 years ago.

The Vale of Rheidol Railway links Devil's Bridge with Aberystwyth along a scenic route. The station at Devil's Bridge is the place to try your hand at being a driver with the regular 'Driver for a Fiver' experience.

Also at the station is the Pine Marten Den, where you can learn more about these elusive woodland creatures

If you fancy some chocolate to enjoy on your walk, pop into Sarah Bunton's chocolate shop, just across the road from the station.