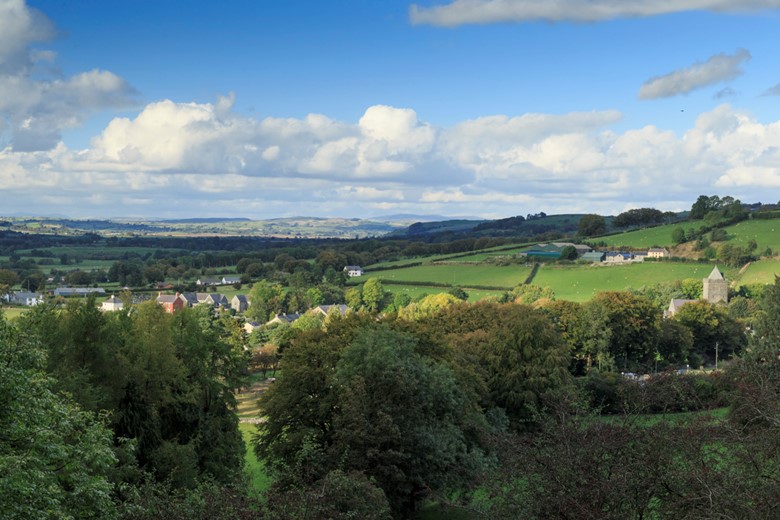 The site is associated with religious worship from the 7th century, and there is a collection of early Christian crosses in the large church, which is dedicated to St David and there are fragments of other carved stones are embedded in the walls of the church, founded by the Bishop of St David's in 1287, as part of a potential university on the model of an Oxford college, but never realised.

One of Oxford University's Bodleian Library's treasures is medieval Welsh manuscript, produced at Landdewi in 1346 and known as the Book of the Anchorite of Llanddewi Brefi, includes the earliest known translation into Welsh of Rhygyfarch’s Life of Saint David.​

Llanddewi Brefi and the surrounding upland forests were once part of the estates of the bishop of St David's.The parish is one of the largest in Wales, but today it has one of the lowest population densities.

Located at the confluence of several rivers, creating gentler routes through the mountains, Llanddewi became a centre for agricultural trade and commerce. The animals were held in pounds around the village and shod before embarking on the long journey over the mountains driven by drovers. Only two of the 12 inns remain today, but the names remain, as do the large yards - as unusually large cottage gardens.

Woolen socks produced in Llanddewi were sent to the miners of South Wales by train from nearby Llanio station, which also had a large milk processing factory. 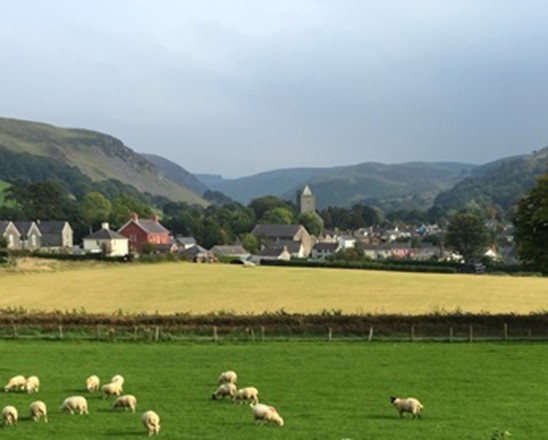 A legend associated with the building of the church at Llanddewi Brefi relates how two oxen were struggling to pull a heavy load of stone over Foelallt crag. One of the oxen collapsed with the strain and as he died, the other lowed loudly nine times – so loud that it split the crag in two. This opened up a route that enabled the remaining ox to pull the load by himself. The split crag is visible today.​  Cwys yr Ychen Bannog (the furrow of the Bannog ox) is a 2km long linear ditch thought to be a pre-historic boundary demarcation between Strata Florida and Tregaron.

The quiet remoteness of the Cambrian Mountains must have appeared to be the perfect place to hide an illicit business for a couple of Cambridge academics, who developed one of the larges LSD manufacturing operations in the world. However it became the focus of 'Operation Julie' which involved 10 police forces in the largest drugs bust in UK police history.

More recently, Llanddewi Brefi was made famous by the BBC comedy series 'Little Britain', starring Matt Lucas. Despite not being the location of filming, the sign to the village has been stolen many times. 'Daffyd', the character played by Lucas,is an incorrect spelling of Dafydd, the Welsh for David, of which Dewi is an alternative form.​​