Mwnt is an idyllic spot on the Ceredigion coast, with sweeping views across Cardigan Bay from the summit of the conical hill (Foel y Mwnt) that rises above the  sheltered sandy beach. The beach itself is reached by steps alongside a tumbling stream. 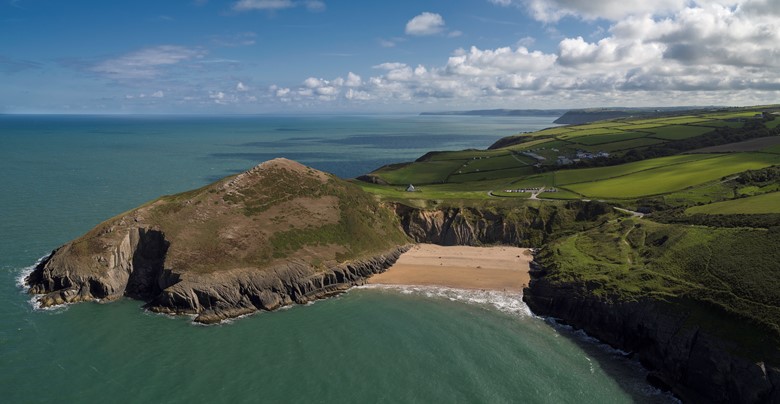 Mwnt, including the beach, is one of several sites managed by the National Trust in this area.  Mwnt has been voted a top beach on countless occasions. Acclaimed by the Daily Mail as one of "Europe's top ten loveliest, hidden beaches", and selected by Country Life as a great place for a picnic, Mwnt was also recognised as one of the National Trust's top 'Special Places' in 2014 according to a public vote. Need we say more? 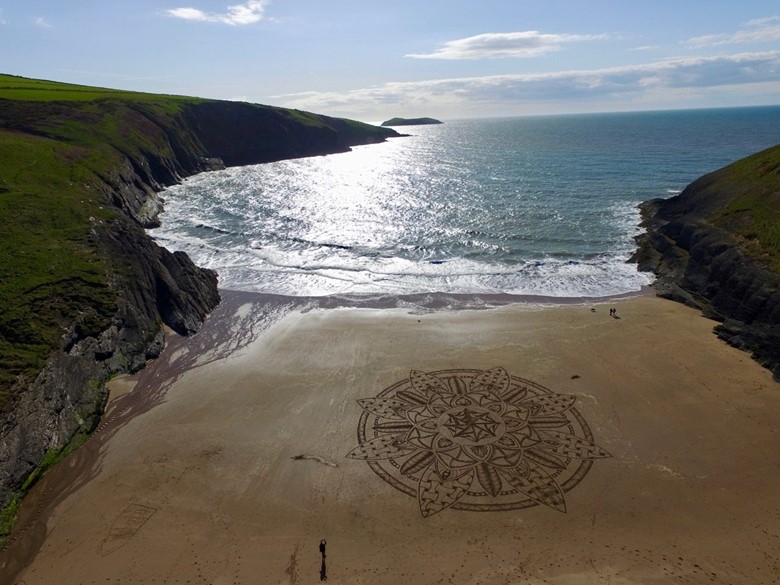 Mwnt beach is the perfect canvas for the large scale beach art which appears between the tides to celebrate the key points of the Celtic year.

The map indicates beach access and areas of danger.

Between May 1 and September 30 dogs are not permitted on any area of the beach.

Mwnt is located within the Cardigan Bay Special Area of Conservation, protected for the diversity of its wildlife. Mwnt is an ideal place to spot bottlenose dolphins, basking sharks and porpoises.The unique geology of Foel y Mwnt is also a habitat for unusual plants and lichens, whilst rare arable plants​ can be found in the surrounding fields

A turbulent history and a peaceful site

There was once a large stone cross on the top of Foel y Mwnt, a possible marker to the pilgrims arriving to visit the ancient holy site. The picturesque 14th century Church of the Holy Cross (Eglwys y Grog) served as a sailors’ chapel of ease, and was a welcome refuge for medieval pilgrims en route to the patron saint of Wales' shrine at St Davids, mystical Strata Florida Abbey in remote Elenydd in the Cambrian Mountains, or Bardsey Island​ in North Wales.​

In 1155 invaders from Flanders​ unsuccessfully made a raid on Mwnt in a bloody event commemorated today as Mwnt Red Sunday (Sul y Coch y Mwnt).