Tresaith has a fabulous Blue Flag and Seaside Award winning sandy beach, popular for sailing and surfing. There are rock pools to explore and even a waterfall. The village has legendary origins, and is also the setting of the dramatic novel 'The Welsh Witch'. 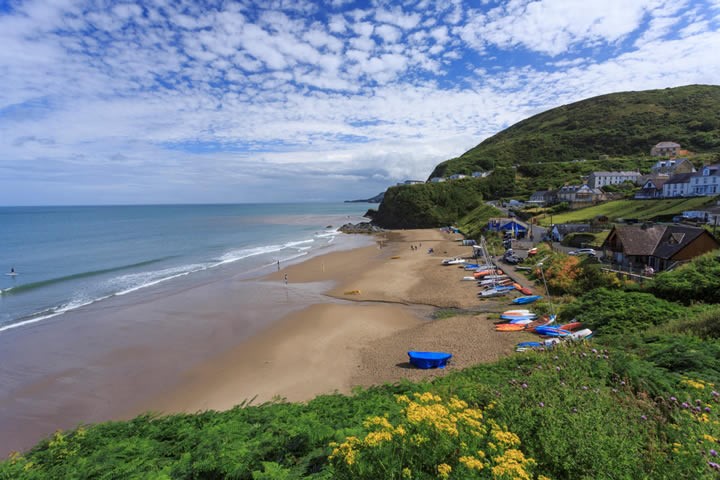 On a calm day, Tresaith beach has a tropical feel, whilst at other times westerly winds bring much more dramatic scenes of waves crashing against cliffs and rocks. The unusual feature of the northern end of the beach is a result of glacial activity when a glacier blocked and diverted the route of the river Saith, causing it to cascade in a waterfall directly onto the beach.  There are plenty of rockpools to explore with limpets, barnacles and mussels clinging to the rocks.

Tresaith beach is a popular location for surfing, and also has a busy sailing club with racing on most Sundays throughout the season.

‘Saith’ is the Welsh word for seven and according to legend, an ancient Irish king set his seven troublesome daughters adrift in a boat. Landing on the Ceredigion coast, they met and fell in love with seven local farmers and no doubt lived happily ever after... their landing point in Ceredigion, according to the legends was Tresaith - the Place of Seven.

In Allen Raine's novel, 'The Welsh Witch' Tresaith is identified as 'Treswnd', which literally means 'sand-town'.

Characterised by high cliffs and secluded beaches, the Ceredigion Coast path at Tresaith is designated Heritage Coast. The waterfall at Tresaith is probably the most spectacular of the many coastal cliff waterfalls along Cardigan Bay. 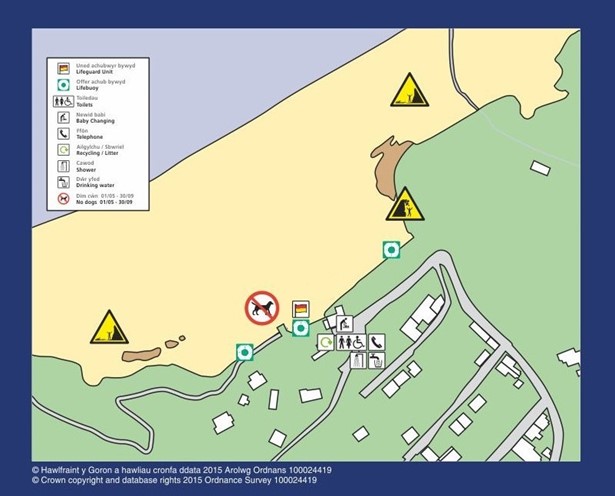 Between May 1 and September 30 dogs are prohibited from the southern beach area, between the access steps and Carreg y Ddafad ( left hand side)

Dogs have access to the northern end of the beach throughout the year from the beach access steps towards the waterfall.