Aeron valley and the Mynydd Bach

The Aeron valley stretches from the colourful harbour town of Aberaeron on the Ceredigion coast, to its source at Llyn Eiddwen near the summit of Mynydd Bach.  The Arth ( the 'bear') also rises on these slopes and tumbles a short seven miles from source to sea.

Llanerchaeron - the woodland glade of Aeron 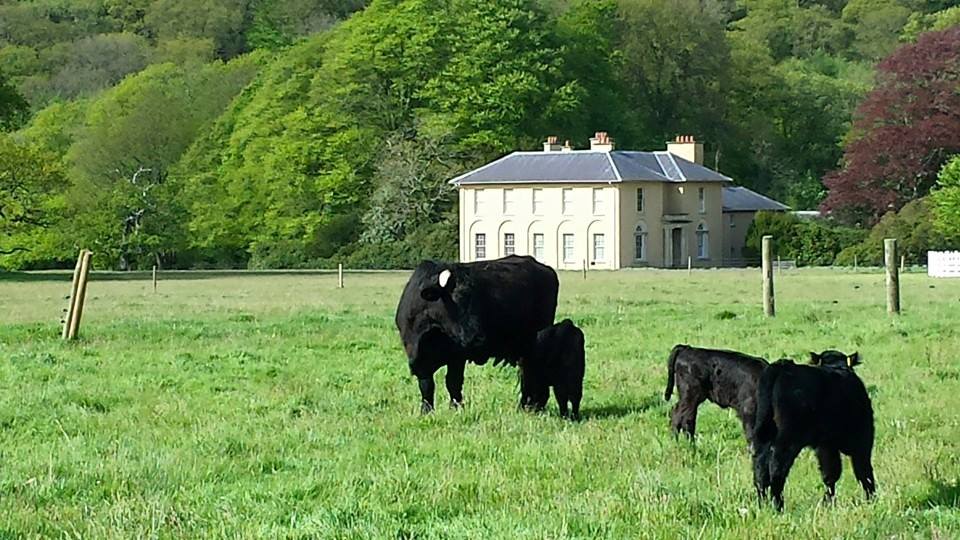 Llanerchaeron has a fine example of an 18th-century gentleman’s villa and grounds. The mansion was designed by Anglo-Welsh architect, John Nash, who went on to design several buildings, including Buckingham Palace and Brighton Pavilion for the flamboyant Prince Regent. Llanerchaeron’s gentleman’s villa is more modest, but displays many features of Nash’s distinctive style.

Llanerchaeron villa also has a complete service courtyard with dairy, laundry, brewery and salting house. The grounds include walled kitchen gardens, an ornamental lake and parkland. The working farm, complete with original farm buildings has a collection of vintage agriculturla machinery as well as Welsh Black cattle, Llanwenog sheep, poultry and Welsh pigs.

The clue is in the name

‘Aeron’, translated into English means ‘berries’  suggesting the fruitfulness of the Aeron valley. The shape of the valley is also suggested by local names Ciliau Aeron is where the river has several narrow bends - ciliau - whilst ystrad (from the latin 'strata') as in Strata Florida, and the same as 'strath' in Strathclyde indicates where the valley is wide.

The steep slopes of the Aeron valley are covered in woods. A 'llanerch' can be translated into English as 'a woodland glade' - an apt name for the lovely setting of Llanerchaeron - one of several small estates along the Aeron valley. The area still has several dairy farms, some with names that include the Welsh word for ' white', 'milk', or one of several words for woods or trees. Could it be that these names inspired Dylan Thomas - he knew the area well - to call his most famous play for voices Under Milk Wood? He also named his daughter Aeronwy.​

The Aeron - a fruitful valley

Visit the walled gardens at NT Llanerchaeron and Tyglyn Aeron. Not far are the RHS partner gardens of Cae Hir, and check too for National Garden Scheme open days at Llanllyr and other gardens in the area. You can also visit Llaethliw - one of Wales’ newest vineyards at Neuaddlwyd, just across the valley to Llanerchaeron. 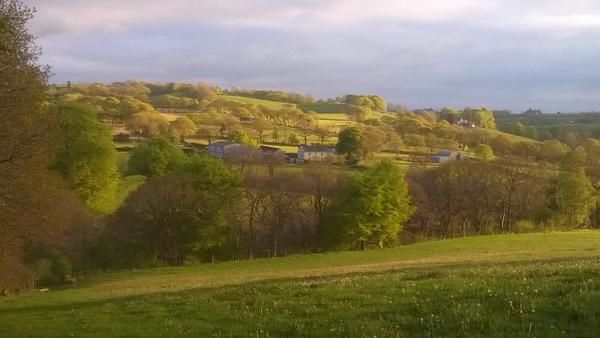 The Aeron valley is been home to some of the country’s first organic farms, who continue to produce organic vegetables, milk and cheese as well as beef, pigs and lamb. The natural springs that rise from the sands that form the valley floor of the Aeron, are the source of water for Llanllyr Source bottled water. On the gentle rhos landscape of the Mynydd Bach, is the source for Ty Nant water, bottled in distinctive blue and cranberry coloured bottles.

Llanllyr was once a Cistercian nunnery, established by the Lord Rhys of Deheubarth as a daughter nunnery for the Abbey of Strata Florida, some 15 miles to the east in the Cambrian Mountains.​​

Archaeological surveys have discovered that there was once a large medieval settlement at Llanerchaeron, which is mentioned in the chronicles of the Welsh princes.  All that now remains of the settlement is the late 13th century church, dedicated to St Non, St David's mother. 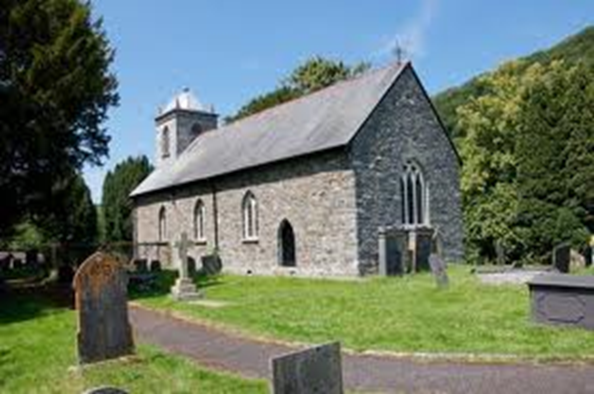 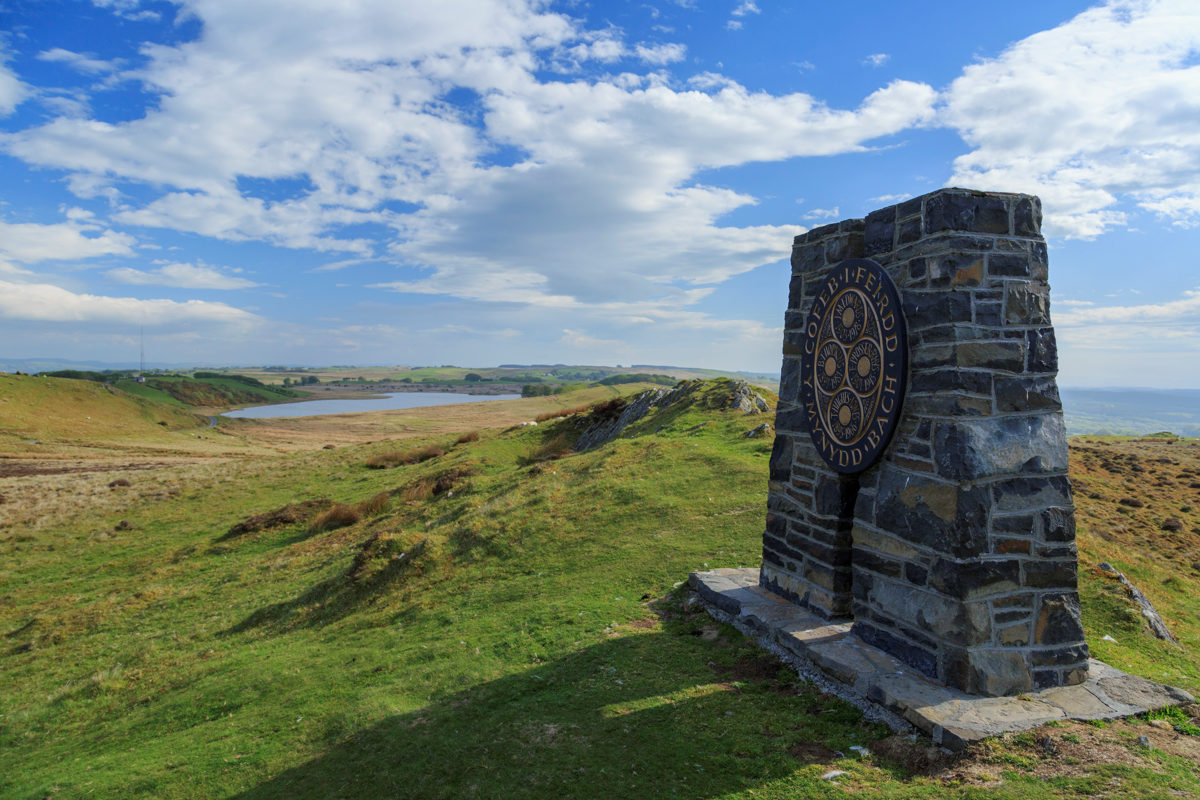 The Mynydd Bach is a series of ridges that stand between the sea and the higher moorland ranges of the Cambrian Mountains to the east. The Aeron, Arth and Wyre all rise on sits slopes.

The Wildlife Trust reserve of Llyn Eiddwen​, which is surrounded by heathland on the slopes of Mynydd Bach is typical of the clean, low nutrient upland lakes which were formed by glacial activity. Look out for floating plants such as water crowfoot and water plantain as well water lobelia, cotton grass and cranberry. 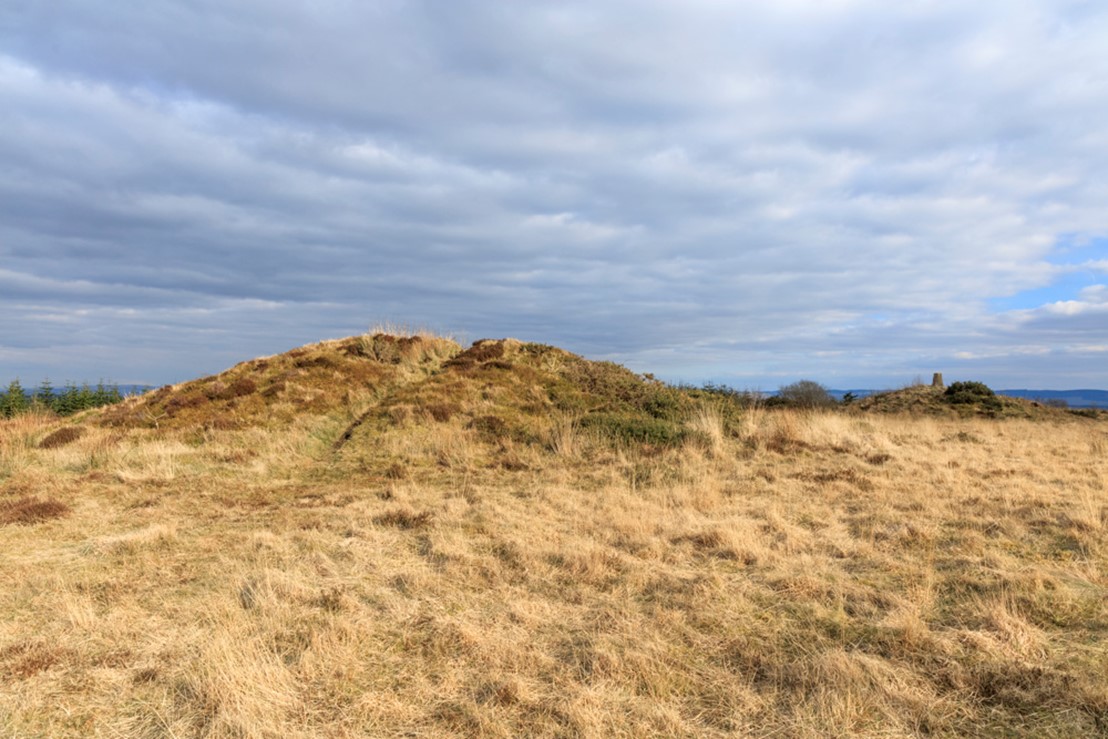 The Mynydd Bach area has an intriguing history:there are remains of Bronze Age cairns on Trichrug (three cairn) ridge, overlooking the Aeron valley. It is the place to find the cottages of families that emigrated to North America to seek a better life, and where a rebellion took place in the 19th century against the enclosure of common land.

Hidden in the woods above the river Arth ( the 'bear'), is the mound of an abandoned medieval castle - Castell Dinerth. The monks of Strata Florida used the valley as a route from Aberarth, where they had fishtraps, to the abbey in the hills.

The river Wyre flows through another deep wooded valley between Llanrhystyd and Llangwyryfon on the slopes of the Mynydd Bach. The deep rift of the valley continues inland towards Llangwyryfon and Lledrod, where the iron age hillfort of Y Gaer Fawr (the great fort) occupies a commanding position, with views across Cardigan Bay and into the Cambrian Mountains along the Ystwyth Valley.

At Llangwyryfon (the church of the holy virgins) the church is dedicated to St Ursula, a sixth century Romano-British Christian saint. 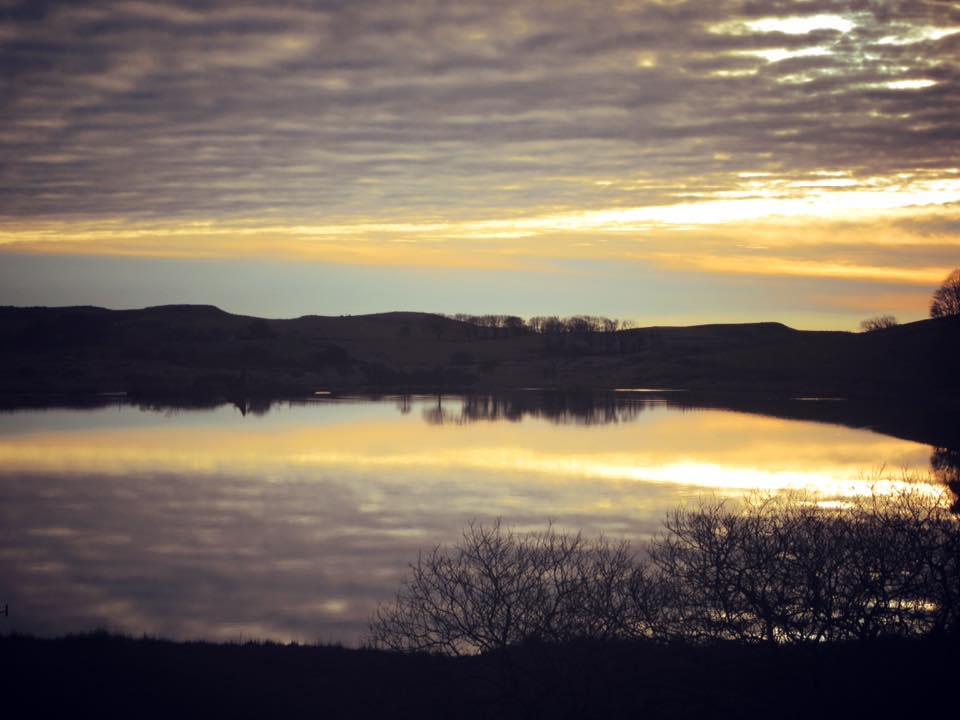 Lledrod - a circular walk on the eastern slopes of the Mynydd bach with fine views of Gaer Fawr hillfort.

There are also a series of walks around the Llanerchaeron estate, including the riverside, woods and meadows..