Ceredigion is a peaceful county, but there are tales of ghosts in country lanes, mansions and mines. Join Ceredigion's ghosthunters and storytellers to find out more. Several Ceredigion folk tales tell how individuals successfully outwitted the Devil. This includes one of Wales’ most famous stories, the building of Devil’s Bridge. 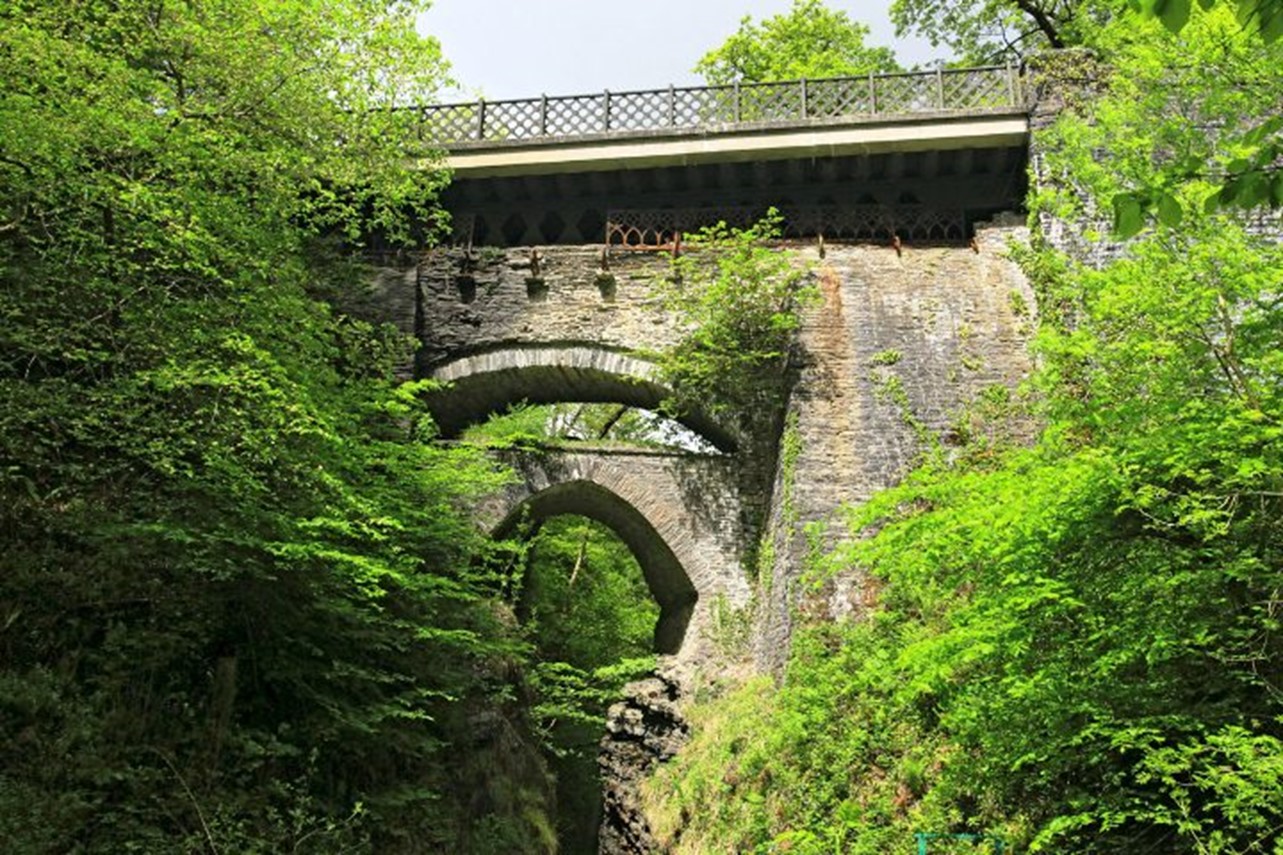 The story goes like this. An old woman needed to cross the deep Mynach gorge to get her cow back from the other side of the river. The Devil offered to build her a bridge, on condition that he would take possession of the soul of first living thing that crossed it. The old lady happily agreed, and the Devil built the bridge.

Before crossing the bridge, the old lady took out an old crust from her apron and threw it towards the cow on the other side of the bridge. Her hungry dog eagerly chased it.  Of course, the Devil, expecting to get the soul of the old woman got that of the poor dog, whilst the old lady was reunited with her precious cow.

Today there are three bridges built one above the other, across the gorge of the Mynach at Devil's Bridge.

Dafydd Llwyd of nearby Ysbyty Ystwyth also cheated the Devil. In exchange for power he agreed that the Devil could have his soul when he was buried inside or outside the graveyard wall. But old Dafydd was canny, and specified in his will that he should be buried underneath the boundary wall. He thus kept his pact with the Devil, and saved his soul at the same time as he was buried neither inside, nor outside, the graveyard. 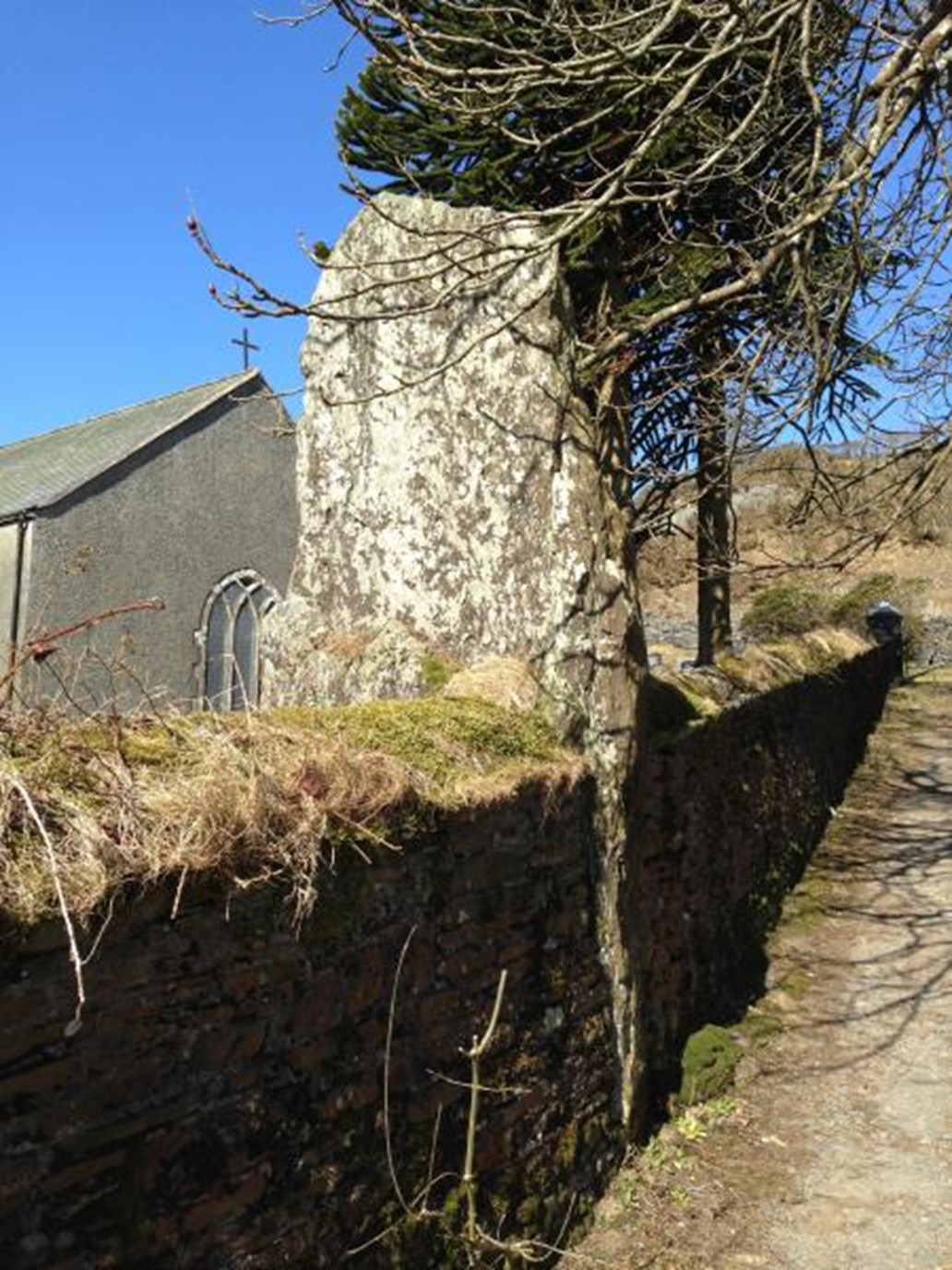 At Ysbyty Cynfyn, near Devil's Bridge there's an oval shaped churchyard - often a sign that the site was used as a burial ground in pre-Christian times. The wall has a large stone megalith incorporated within it.

As well as the story associated with St David addressing the Synod at Llanddewi Brefi, there is a legend associated with the building of the church. It relates how two oxen were struggling to pull a heavy load of stone over Foelallt crag. One of the oxen collapsed and died. The other ox lowed  loudly, nine times in fear and in grief. He lowed so loudly that it split the crag in two. This opened up a route that enabled the remaining ox to complete the task by himself.

At Llanarth, near New Quay, they say that the Devil tried to steal the bells from the church tower.  As the bell was very heavy, the Devil put it down to rest for a moment but was caught in the act by the vicar.  It is said that there is a spot close to the church, where the sound of the bells cannot be heard, and that there are marks on a nearby gravestone which were allegedly made by the hoofs of the devil as he made his escape.

Can y find the spot with the Devil's hoofmarks, or hear the bells?

There are many tales of ghosts or spirits that haunt the Cambrian Mountains silver lead mines.  The Silver Mountain Experience at the Llywernog mine has underground tours - listen carefully for the sounds of knocking.  The brave and curious can also visit on Halloween and go ghost hunting during the annual paranormal investigation weekend. 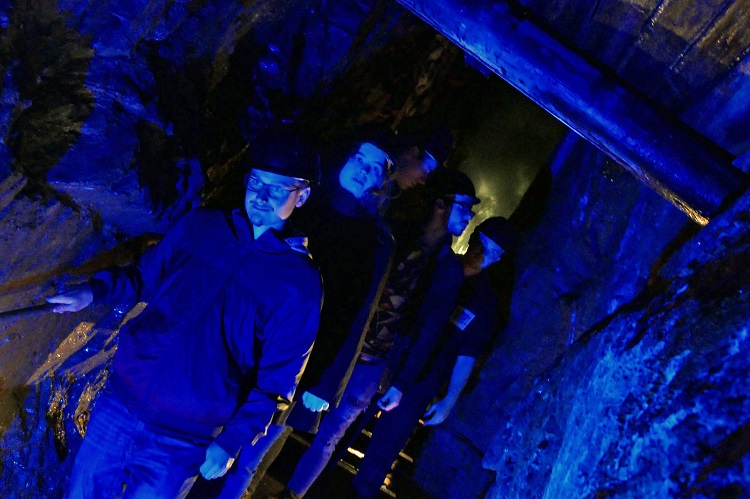 Around the wetlands of Ceredigion's bogs there are tales of ‘corpse candles’ - apparitions like will o' the whisp, or a pale light hovering just above the ground. It is said to be possible to recognise the spirit when the apparition crosses over water, or by standing in a church porch. A more scientific explanation is that these lights are caused by gases from the bog, or perhaps by bioluminescence, which occurs in some fungi. Spirits on horseback have been seen galloping across the moorland of Rhosmeherin near Pontrhydfendigaid, and ghostly funeral processions seen on lonely trackways.  Phantom funerals, known in Ceredigion as ‘toili’, are said to foretell a real funeral,  soon to take place. 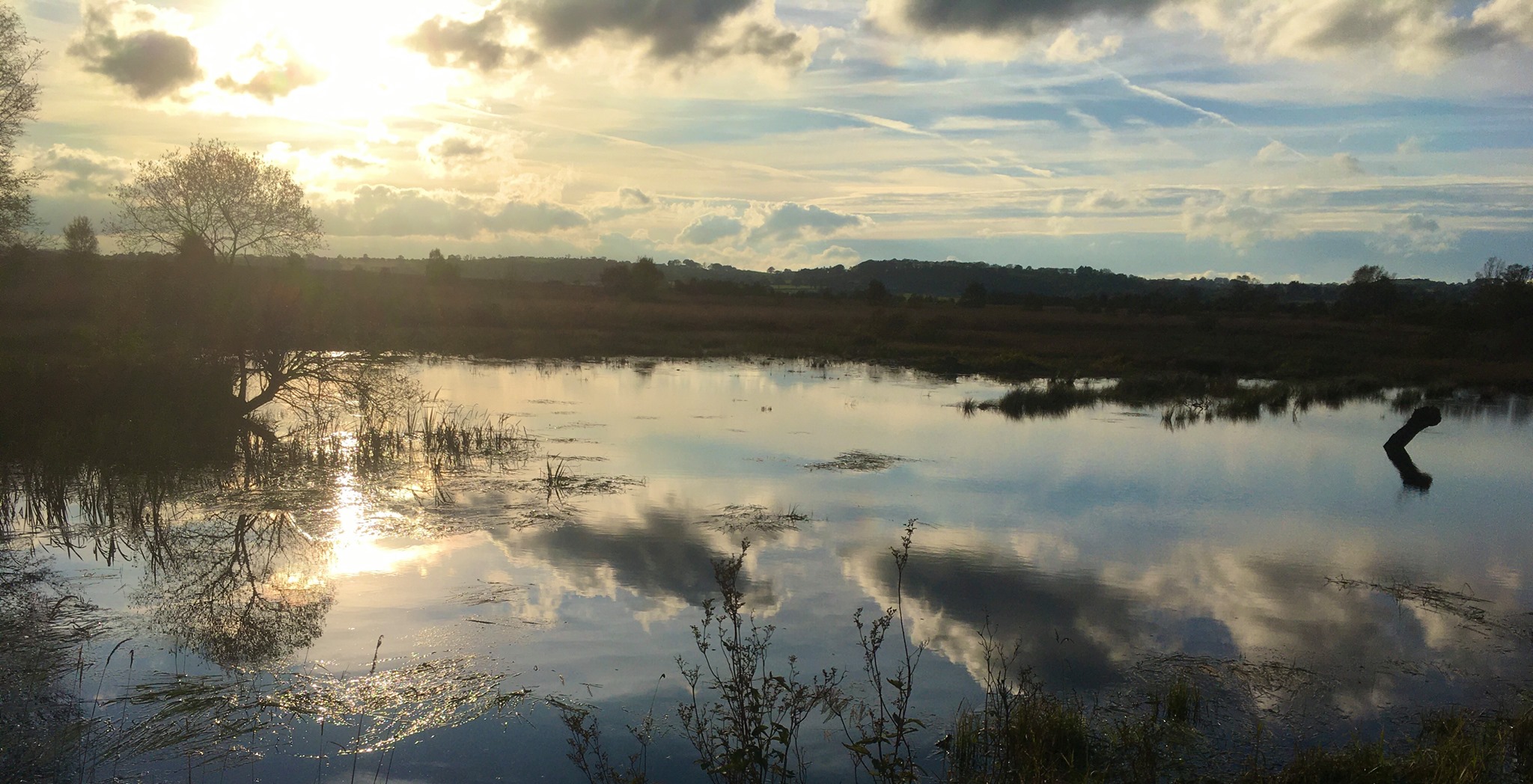 Mysterious spirits have moved whole church buildings overnight, as tradition claims at Llanwenog. A similar story claims that Llanfihangel Genau’r Glyn was originally supposed to have been built elsewhere, but each night the part built church would be pulled down, until a spirit voice advised the builders to build at Genau’r Glyn. 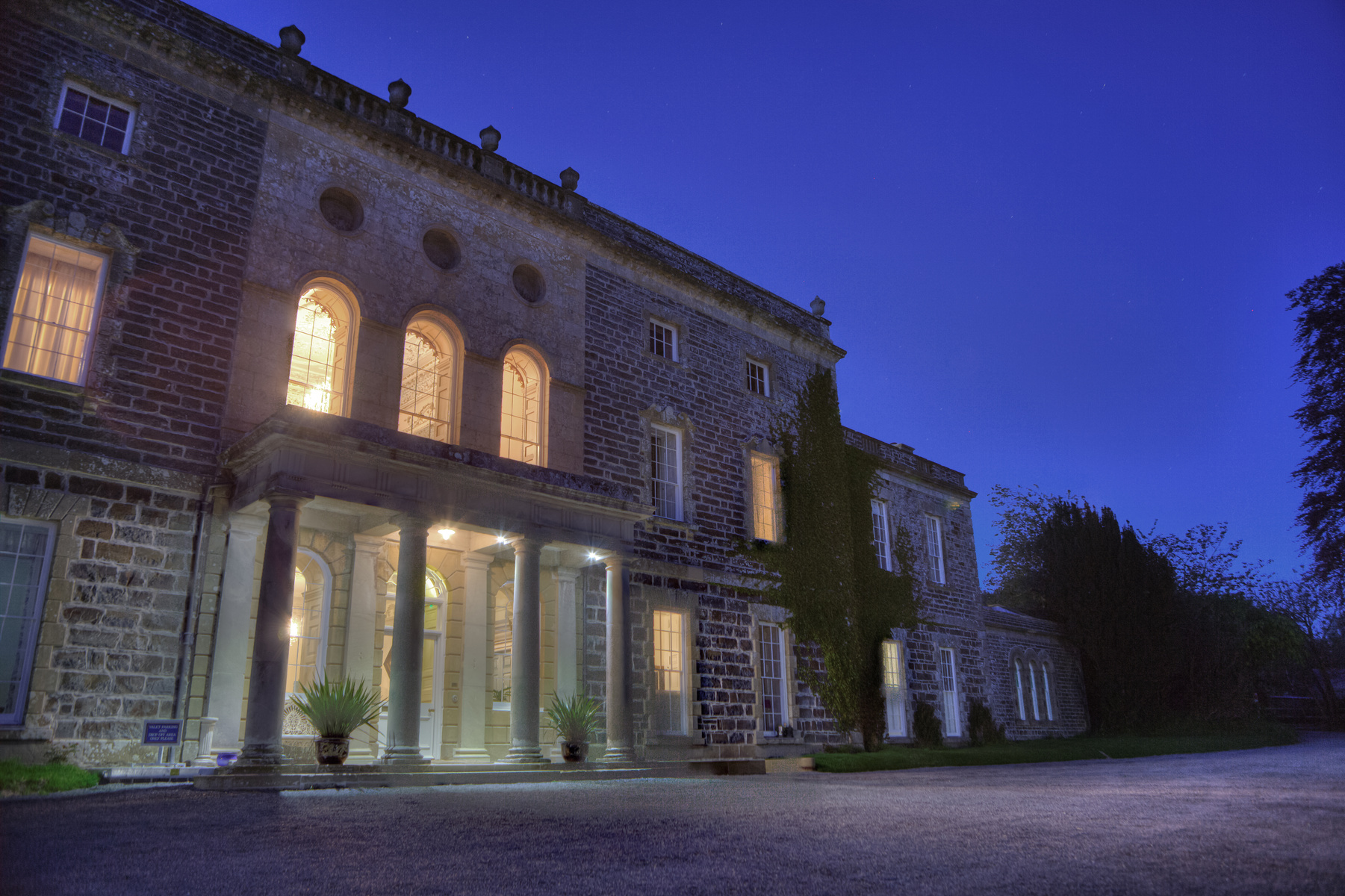 Ceredigion has its share of haunted houses.  Nanteos mansion, near Aberystwyth is now a comfortable hotel, but it has a long history, so it's inevitable there would be a few ghosts around, including medieval monks who brought the Holy Grail to Strata Florida abbey for safe keeping, and the ghosts of a harpist who it is said can still be heard playing his harp in the nearby woods. 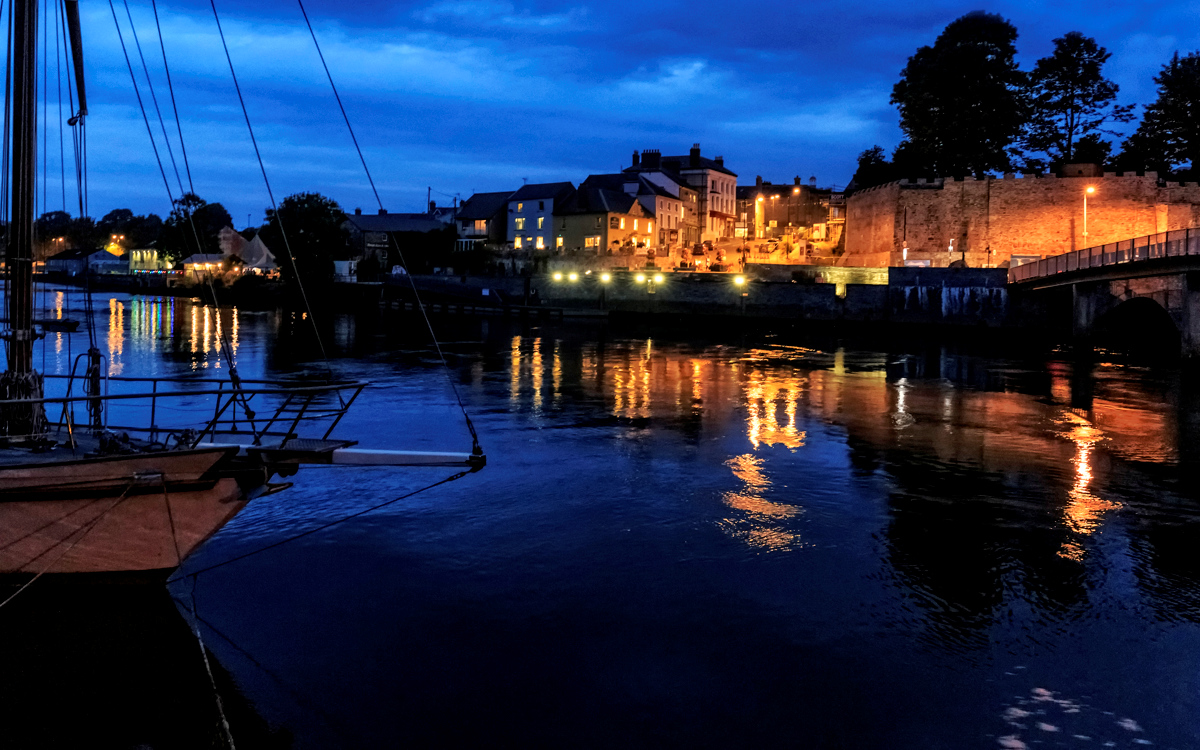 Cardigan Castle has an unusual ghost - that of a Barbary ape, which was rescued from a wrecked Spanish galleon by Sir Rowland Rees, a 19th century resident of the Cardigan Castle on his travels. During a dispute over the elopement of his only son with the daughter of a local merchant, Sir Rowland was killed one stormy night.  His pet ape was never seen again... except when his ghost appears on those rare, wild stormy nights.

A more modern apparition has been seen in the Cambrian Mountains. Not far from the crash site of a military plane on the slopes of Pumlumon Cwmbiga, drivers on the A44 road have seen, but not been able to hear, a plane  flying low overhead.  We would always recommend that you keep your eye on the road!