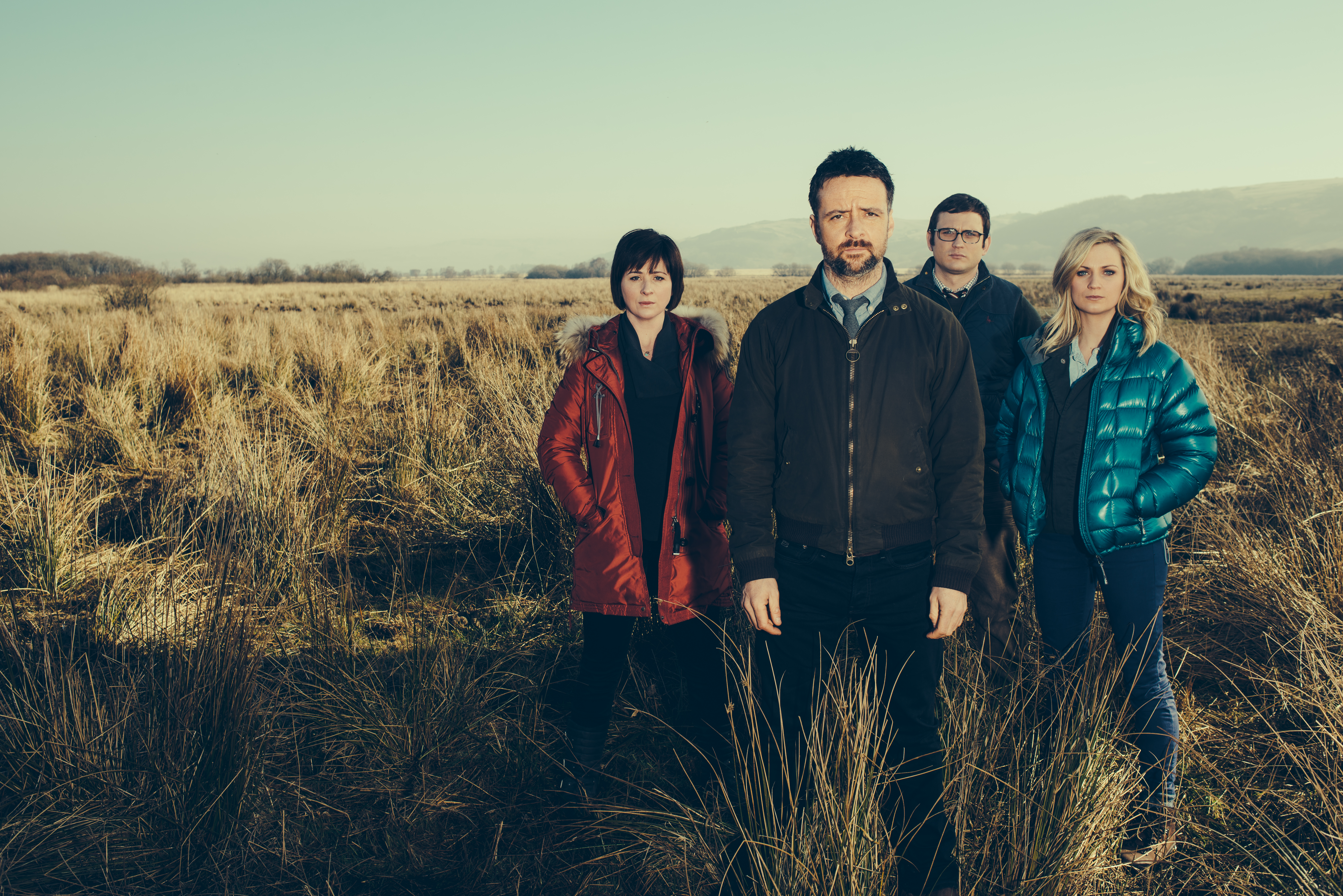 Hinterland / Y Gwyll is filmed in Ceredigion during autumn and winter, and simultaneously in Welsh and English. The Welsh ‘y gwyll’ (literally ‘the dusk’) suggests a mysterious place at the edge of the world. It’s impossible to imagine a more apt setting in which to place the brooding detective, DCI Mathias.

The acclaimed detective drama shows the landscape of Ceredigion in a new light, each location adding an intrigue of its own to the storylines - from Aberystwyth and the coastal marshes and dunes of Borth and  Ynyslas  to the forests, lakes and former silverlead mining hamlets of the Cambrian Mountains.

The drama of Y Gwyll/Hinterland involves and unfolds around a team of modern detectives, but also draws on the ancient legends of Ceredigion and Wales.  The raw landscapes of the Cambrian Mountains provide perfect locations and a deep sense of place for the intrigue and drama  of hinterland / y gwyll. 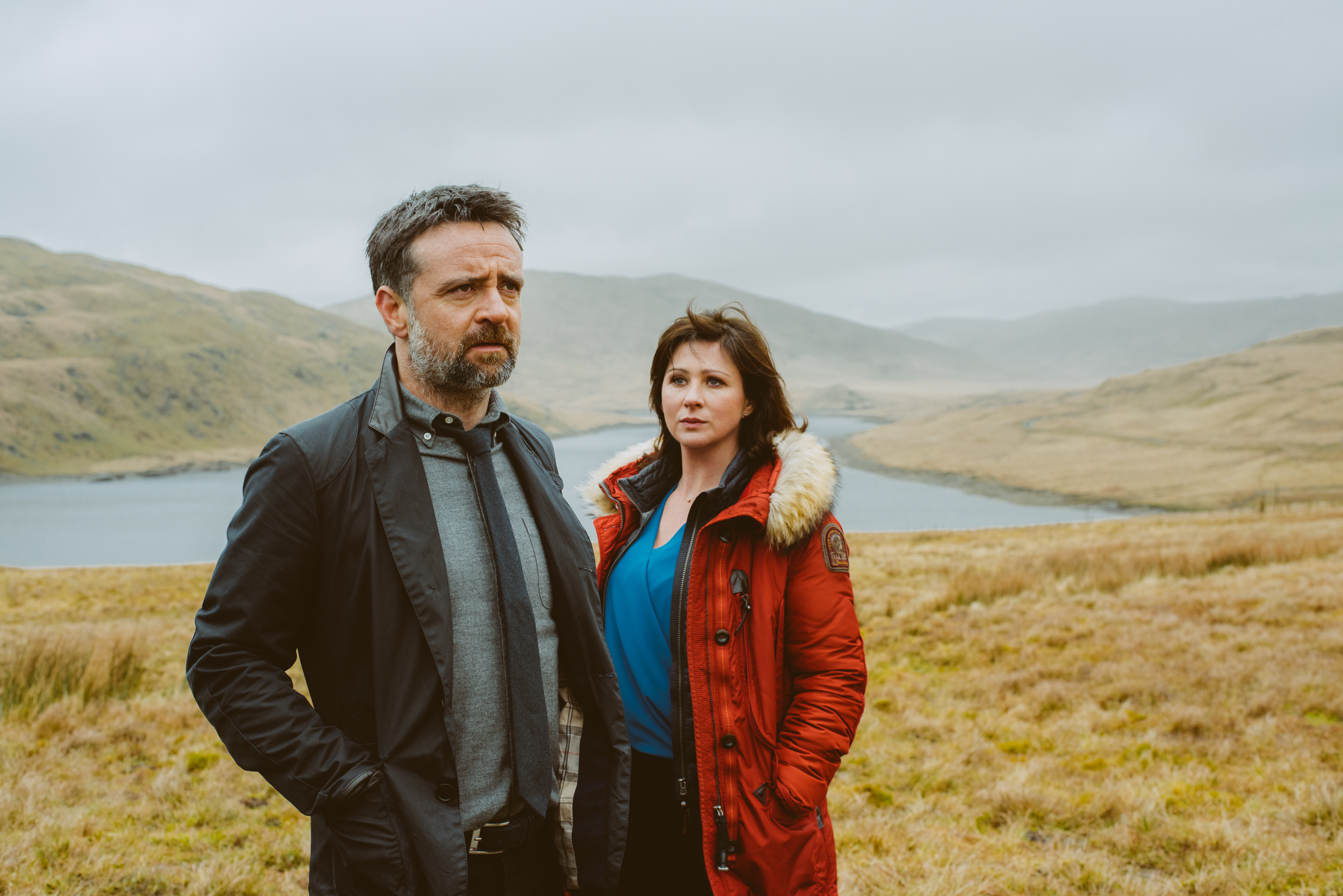 Aberystwyth is a cosmopolitan university town with a quaint Victorian façade - “a natural crucible of colliding worlds, where history, myth and tradition come face to face with the modern and contemporary” say the producers of the series.

A central filming location - Devil's Bridge - is associated with one of Wales's best known folk tales. According to the legend, it was the Devil himself who built the first, eponymous, Devil's Bridge, over dramatic waterfalls where the river Mynach cuts a deep, moss and fern swathed ravine through the ancient oak woods.  This is the dramatic background for the first episode of hinterland/y gwyll 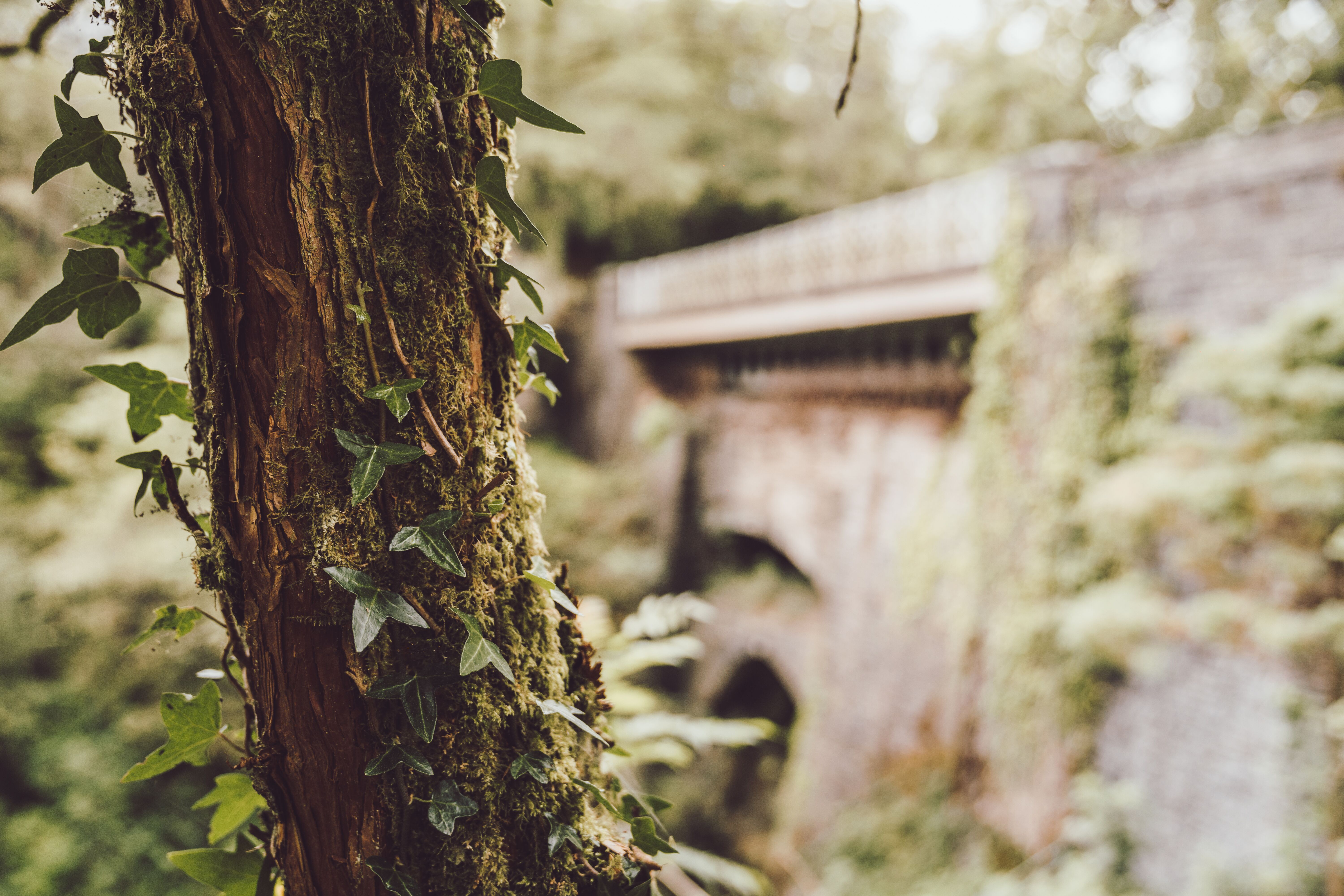 From Devil's Bridge you can explore the remoter upland valleys of the Cambrian Mountains, where walking routes take you past the ruins of once busy silver-lead mines, each with its own tale to tell. Cwmsymlog and Trisant, typical of the farming and former silver-lead mining communities of the Cambrian Mountains, provide several of the locations for the fictional village of Penwyllt.

As well as woodland walks and forest rides, there are miles of quiet, one track mountain roads to follow, with superb views across the moors and remote upland farms, and down to the coast. Drive north and inland from Aberystwyth, on mountain roads to Nant y Moch; return via the Rheidol valley or go on to find the haunting mine remains in the Ystwyth valley, once owned by the monks of Strata Florida Abbey; return via the woodland and waterfall walks of the Picturesque landscape of Hafod.

The landscape is real, and the filming takes place in all weathers and at night, but some of the buildings have been skilfully dressed to appear derelict, damaged by fire or very spooky. 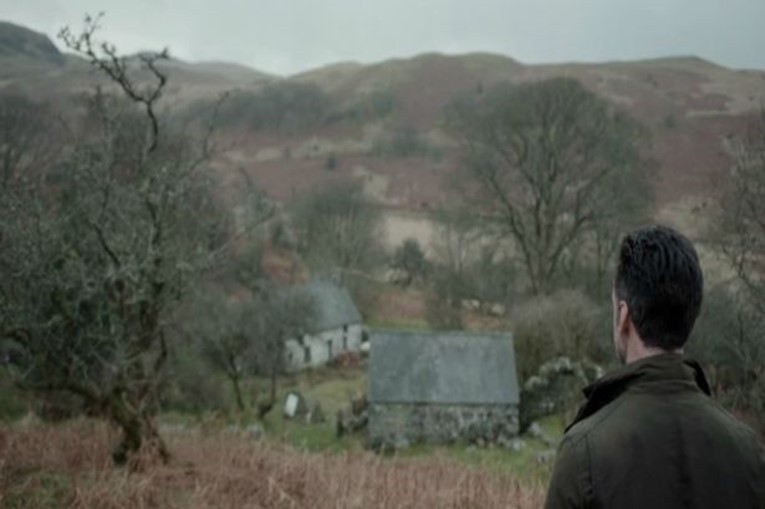 The railway line to Aberystwyth calls at the village of Borth, with its three mile sand and surf beach. The station, with its quirky museum, overlooks the marshes which extend to the dunes of Ynyslas and the Dyfi Estuary where the prehistoric submerged forest - exposed at low tide - conjures up the ancient legend of the lost land of Cantre’r Gwaelod and Maelgwyn’s kingly battle with the sea. This is also the mythic birthplace of the poet Taliesin, whilst local folklore tells of ghosts and witches on the wild marshland of Cors Fochno. 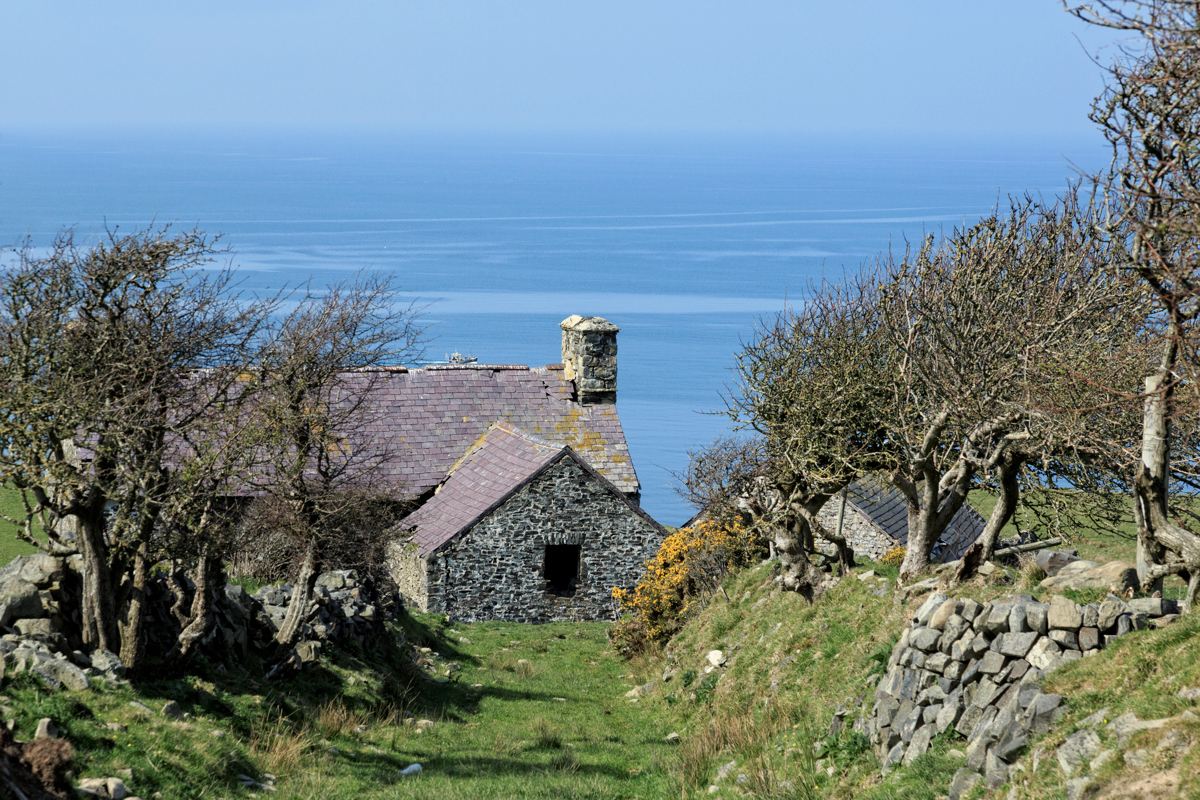 The Ceredigion coast has craggy cliffs, quiet smugglers’ caves, sandy coves and beaches, and pebble reefs frequented by seabirds, seals and dolphins. The Cardigan Bay panorama to the mountains and islands of Snowdonia is a tonic for the soul. No wonder a site on the Ceredigion coast was chosen as a place for Mathias to escape to, and to blow away the city cobwebs.

Syrcas / The Circus - comes to a tranquil Ceredigion town and changes things forever. The imagined tale of Y Syrcas / The Circus centres on a strict Calvinist minister's teenage daughter struggling to come to terms with her father's uncompromising religious conventions and his addiction to the drug laudanum. 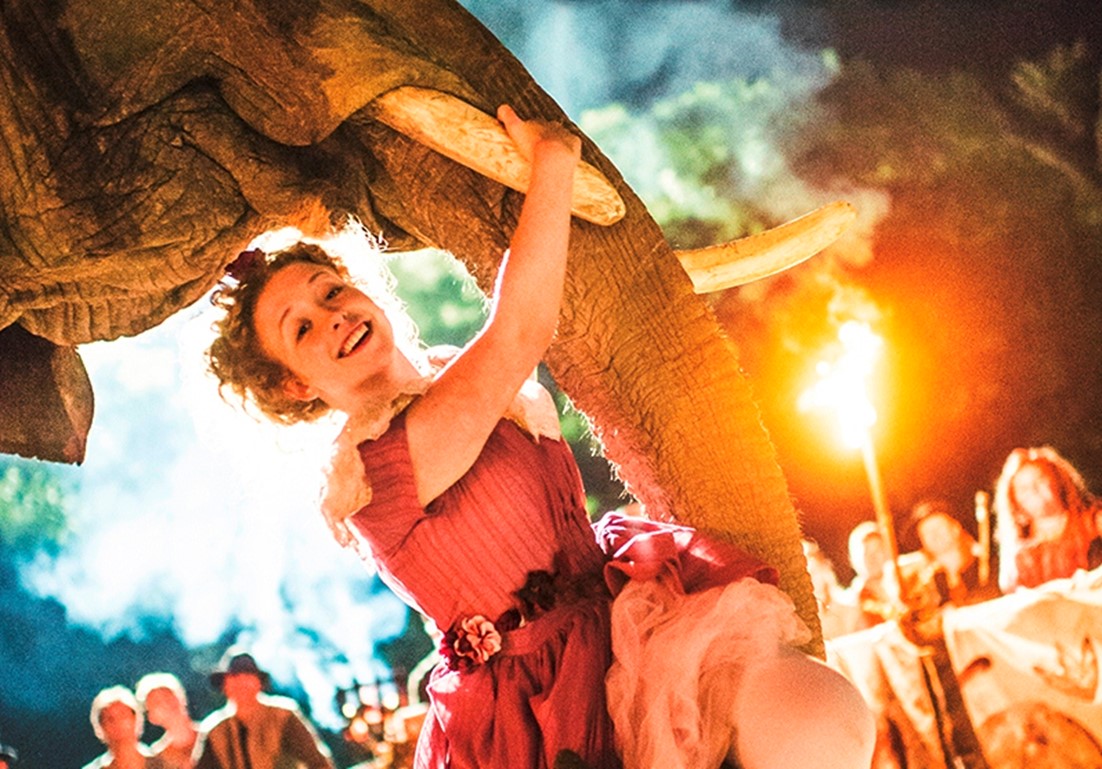 Set in Victorian Cardiganshire (now Ceredigion) the film has echoes of local folklore about a travelling circus and its elephant visiting Tregaron in 1848.

Although initially wary of the newcomers, the townspeople eventually warm to their exotic visitors when one of the circus elephants helps rescue a group of trapped miners. Unfortunately one of the elephants fell fatally ill after drinking water at Bronmwyn lead mine, and, according to local folklore, was buried behind the Talbot hotel, a traditional drovers inn and a well known local landmark.

The atmospheric film was shot on location in Ceredigion around the town of Tregaron, the parish of Llangeitho, and along drovers routes in the Cambrian Mountains. 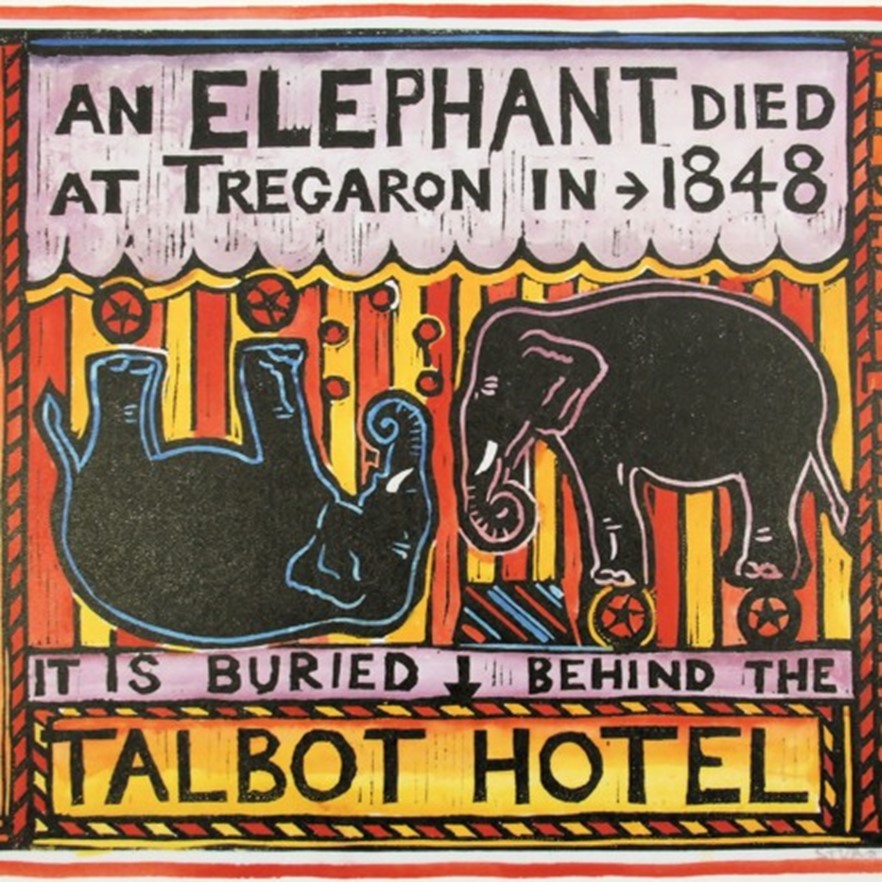 The story of the elephant is affectionately remembered locally and during 2011 a team of archaeologists from Trinity St David's University at nearby Lampeter excavated the site to find out more about what happened. It's possible to walk the scenic 5 miles between Tregaron and Bronmwyn along the elephant walk route, and other lanes and drovers' routes into the Cambrian Mountains. There are other mine sites to explore with the in the area and discover heritage of the miners and the people of Ceredigion who made their mark across the world.

The Library Suicides, directed by Euros Lyn and released in 2016, is a stylish mystery with the intrigue of family history and diaries at its core. The offbeat thriller explores the secrets and lies at the heart of storytelling, and asks who has the right to tell the story... 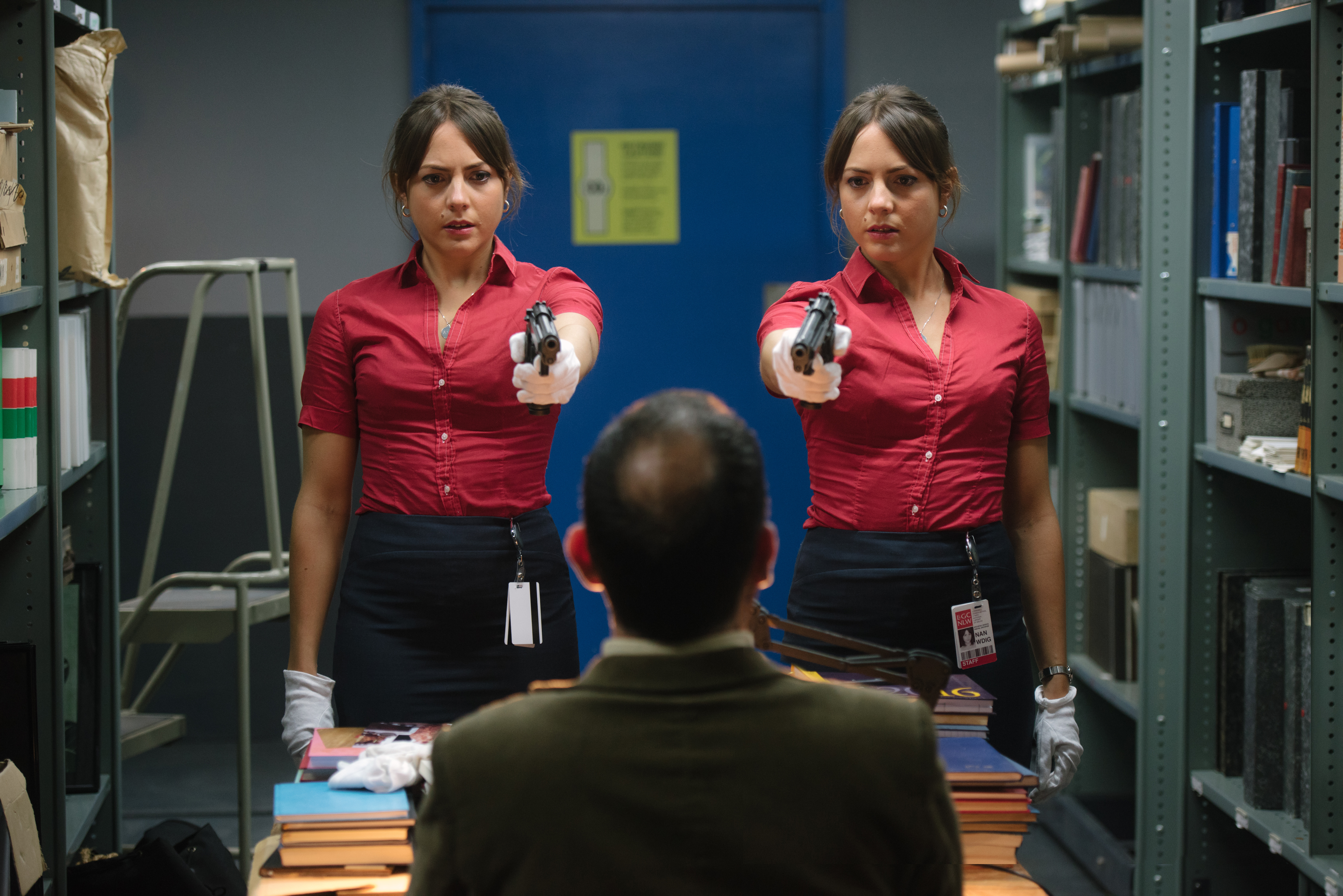 The plot of The Library Suicides centres on twin sisters (both played by Catrin Stewart) who are archivists at the National Library of Wales. They are devastated by the death of their mother, celebrated author Elena Wdig (Sharon Morgan) whose final words suggest that her biographer, Eben Prydderch (Ryland Teifi) murdered her.

During one night shift at the National Library the twins set off on a quest to avenge their mother’s death, but are disrupted by night porter Dan ( Dyfan Dwyfor), who is unwillingly caught up in the saga. As with all good thrillers, things go wrong, plans are thwarted and doubts creep in. The Library Suicides makes the most of its location- the imposing National Library of Wales building that overlooks Aberystwyth. Visitors to the National Library will never be able to look at the place in the same light again. 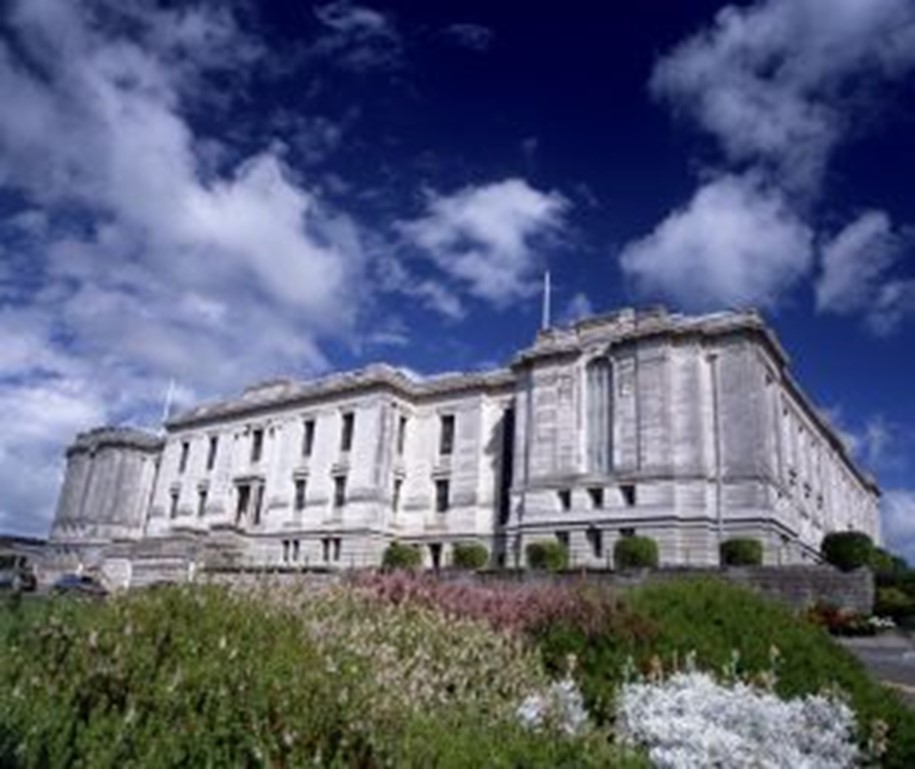 The Library Suicides /Y Llyfrgell is TV award winning director Euros Lyn's first feature film. The screenplay of is an adaptation by Fflur Dafydd of her National Eisteddfod prizewinning novel Y Llyfrgell. There are two versions - filmed contemporaneously - a Welsh language and an English language version. 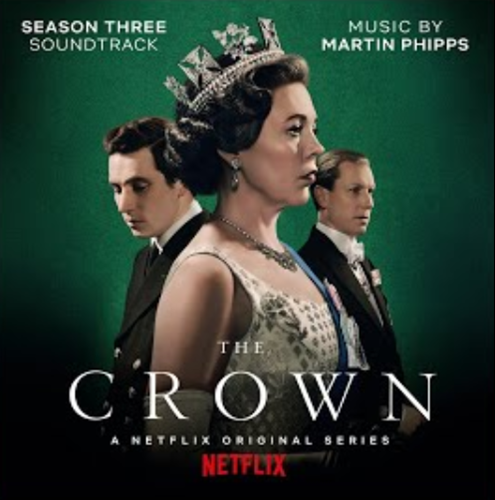 The third season of the Netflix series, ‘The Crown’ has a focus on Wales. Prince Charles came to Aberystwyth University to learn Welsh in order to be able to deliver a speech during the investiture ceremony at Caernarfon castle.

Episode 6 focuses on the relationship of Charles with his Welsh tutor, Tedi Millward, who was a self-declared "republican socialist" who forms an unlikely friendship with the Prince.

You can visit the Aberystwyth University ‘Old College’ on the seafront as well as the modern campus and arts centre on Penglais Hill. 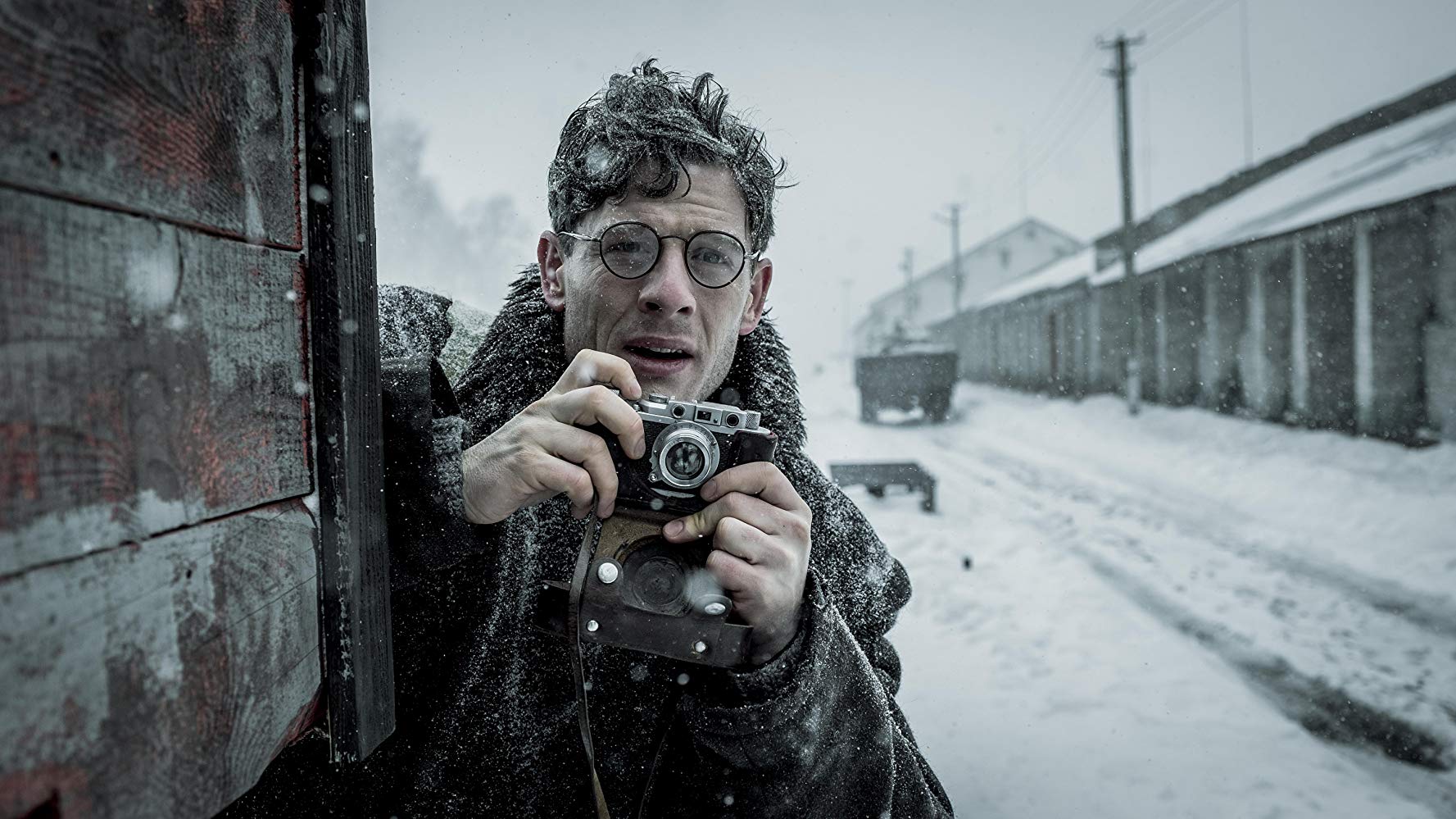 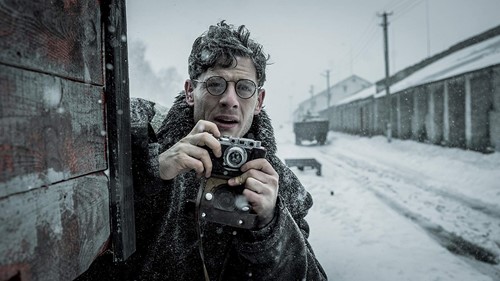 A plaque in the Quad of Aberystwyth University's 'Old College' building commemorates, in English, Welsh and Russian, an alumnus of the university. Gareth Jones graduated with a first in French in 1926.

He went on to Cambridge and was private secretary to David Lloyd George. As a journalist, reported from 1930s Germany and the Soviet Union. In a series of articles in the Western Mail and other newspapers he reported on the famine in the Ukraine, known as the Holomodor, in which millions of Ukrainians died.

Gareth Jones died in mysterious circumstances in Japanese occupied China in 1934, at the age of 29. The archive of his papers are held at the National Library of Wales in Aberystwyth.

With Kiera Knightley starring as Ceredigion born Vera Phillips, ‘Edge of Love’ is a film romance loosely based on actual events in the poet Dylan Thomas' life. It was filmed on location in New Quay and Lampeter. 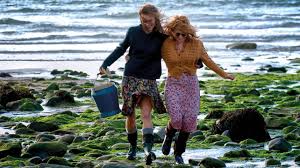 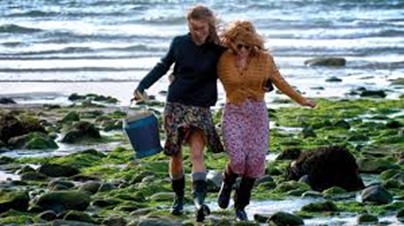 With her bright orange dress and tight black topknot, Sali Mali is unmistakable. She's a sensible and kindly Ceredigion character, loved by generations of children across Wales, and since the TV series and the original books have been translated into several languages, including Arabic and Korean she is also known from Scandinavia to  Saudi Arabia. 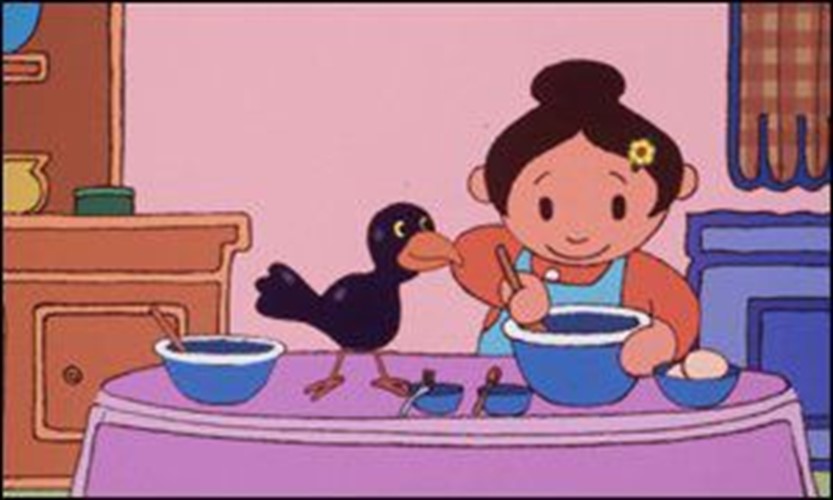 Ceredigion is the filming location for the popular children's TV series. Sali Mali's village., Pentre Bach is filmed on a farm at Blaenpennal, near Tregaron, which, when filming isn't taking place is available as a holiday let or party venue. Guests can stay in the individually themed houses based on the characters of the TV series,and there's even a shop and a cafe, where tasty treats are served with  Sali Mali's distinctive colourful style. 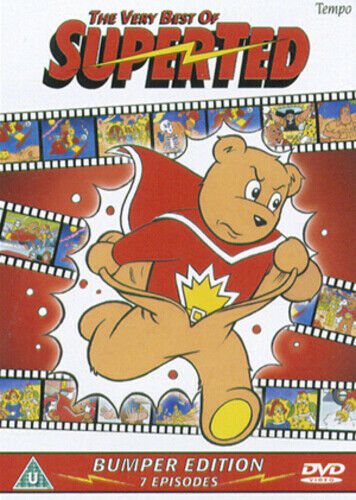 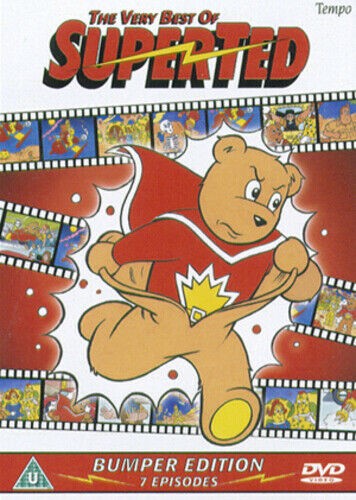 Aberystwyth is the home of the National Sound and Screen Archive at the National Library of Wales. A permanent display in the introductory exhibition shows excerpts of TV programmes and documentaries from the archive collection. 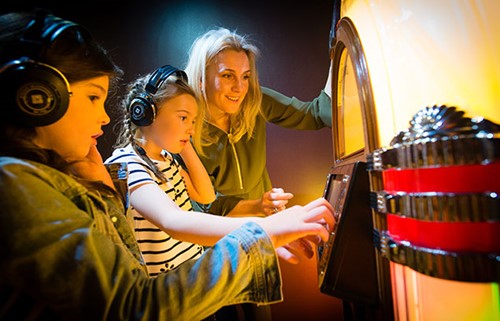 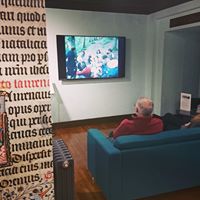 There are regular film shows, including special children's showings of favourite TV and cartoon characters, as well as talks and lectures about the contemporary culture as well as the treasures from the archives. 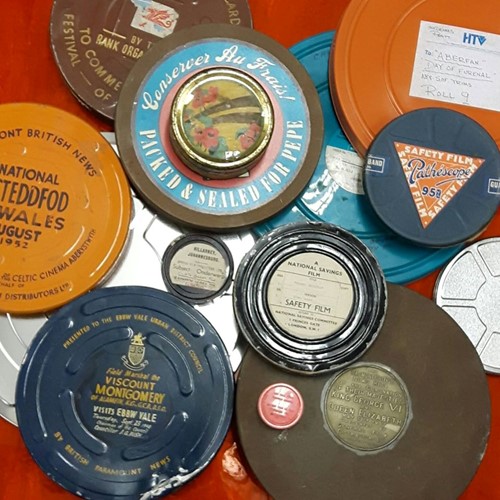 The National Library itself is the location of The Library Suicides, a thriller which takes you behind the scenes at the Library.

Ceredigion's association with film goes back to the industry's early days. Three of the novels of Anna Adelisa Puddicombe, who wrote as Allen Raine, were filmed for the cinema, including 'Torn Sails', directed by A V Bramble, and featuring Milton Rosmer, Mary Odette and Geoffrey Kerr. Scenes were filmed on location in Llangrannog, with local people as extras. The author lived at Tresaith and took inspiration from the location and its people for her novels.

Allen Raine's novel 'The Welsh Witch' has recently been republished, but sadly the early films based on her work have been lost, unlike Alfred Hitchcock's first feature film, 'The Pleasure Garden', which was based on the work of 'Oliver Sandys' pen name of Marguerite Evans, who lived with her husband, the controversial author, Caradoc Evans, at New Cross near Aberystwyth.

Do you remember the last scene of The James Bond film ‘Die Another Day’?

The exotic beach is, in fact, Penbryn beach in Ceredigion.

Another spy thriller - a remake of the popular 1960s TV spy series, The Man from U.N.C.L.E, also had scenes filmed in Ceredigion. British director Guy Richie chose the hills and forests around Ponterwyd, known for the challenging Cambrian Mountains stages of international car rallies, for some thrilling car chases.

New Quay and Aberaeron provided the backdrop for the 1950s British comedy film, The Constant Husband, starring Sir Rex Harrison as the man who wakes up in a hotel room in Wales, suffering from amnesia, only to discover that he has many wives in his many homes all over the country.​

The name of a real place in Ceredigion was borrowed for the satirical TV series Little Britain, resulting in the village sign of Llanddewi Brefi being taken on several occasions by alleged fans of the series. The village name and that of the memorable character 'Daffyd' are deliberately miss-spelt, exactly as they are often mispronounced by those unfamiliar with them!

A popular S4C series 'Teulu', was filmed in and around the harbour town of Aberaeron.

The nearby mansion of Llanerchaeron was the location of the 'upstairs downstairs' reality TV show Y Plas.