The route of the path between Aberystwyth and Ynyslas follows the undulating contours of cliffs and slopes to Borth. Here the Wales  and Ceredigion Coast Paths diverge: one inland around the expanse of Cors Fochno to find a crossing point over the river Dyfi, the other continues to the estuary and sandunes of Ynyslas. 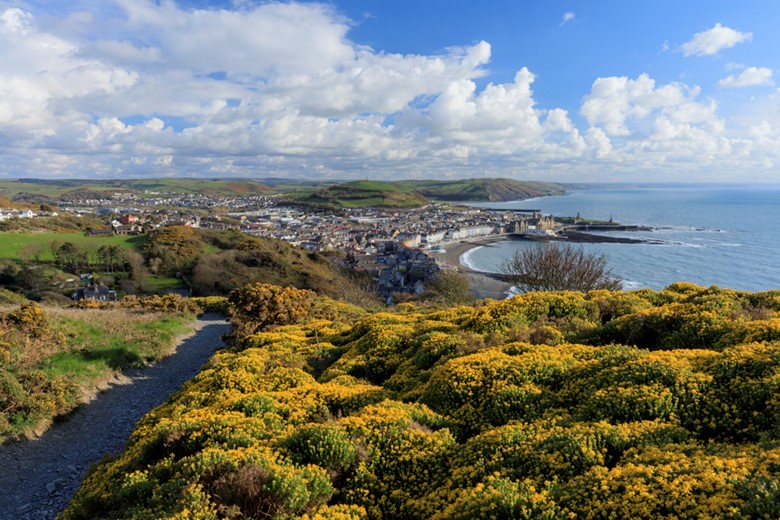 The Coast Path route between Aberystwyth and Clarach passes over Craig Glais, or 'Constitution Hill'. The Cliff Railway can take the effort out of the steep climb to the summit, and the Camera Obscura is an alternative way to enjoy the panoramic views of Cardigan Bay and the town of Aberystwyth below as you bid it a fond farewell. 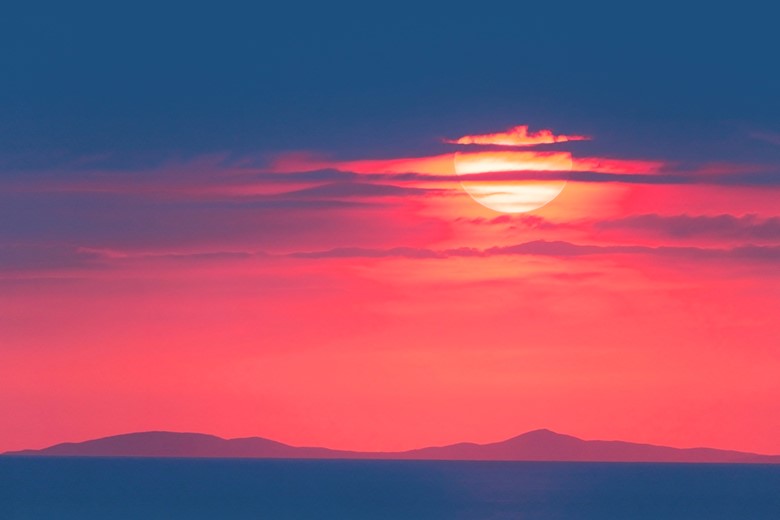 This part of the coast has several geological features which have given rise to legends. The most distinctive is Sarn Cynfelyn, a pebble 'causeway' that extends almost seven miles out to sea from Wallog. 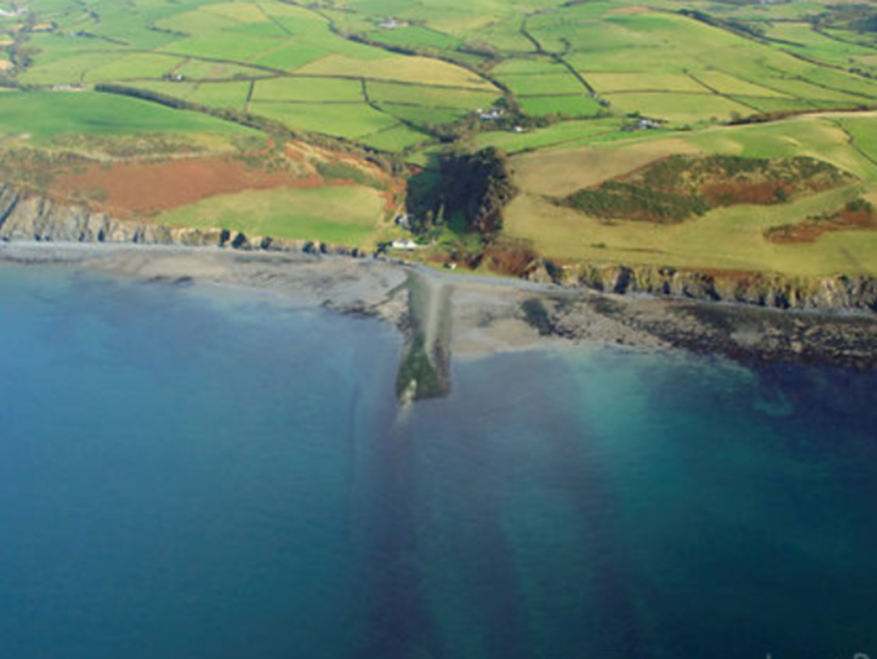 Aberystwyth Grits are rocks with a distinct stratified pattern which are exposed along this stretch of coast. In places they form flat rock platforms, elsewhere they are curved, and almost vertical as at Craig y Delyn (harp rock) near Borth. 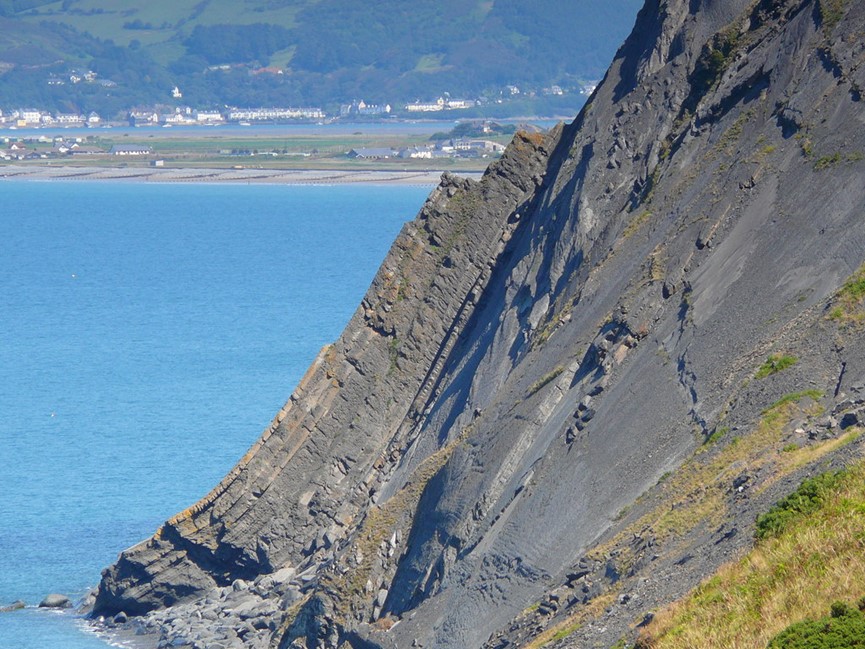 The next 3 miles (5km) section between Clarach and Borth is the hardest, with several big climbs to tackle.  As you approach Borth you will be rewarded with expansive views over the Dyfi Estuary and the mountains beyond. 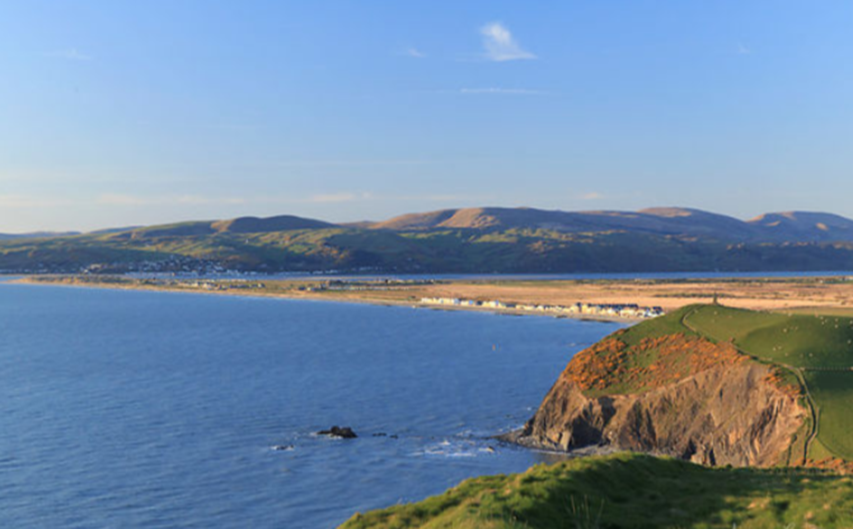 At Borth, the Ceredigion Coast Path and The Wales Coast Path diverge. The Ceredigion Coast Path continues along the beach to Ynyslas dunes and the wide mouth of the Dyfi, where you can look across to Aberdyfi and Cadair Idris mountain. If you follow this beach route at low tide, look out for the remains of a prehistoric sunken forest, and maybe you'll also be lucky enough to spot a footprint, left, and preserved in the peat, by one who passed this way more than a thousand years ago.