Llanina point and New Quay from the coast path

The section of the Ceredigion Coast Path between New Quay and Aberaeron is one of the most popular stretches, and includes ones of the favourite walks of Dylan Thomas, along the beach between the town and his wartime home at Llanina.  From Llanina, the path continues past Cei Bach and Cwm Buwch where the river Drywi has carved its way over a waterfall to the sea. 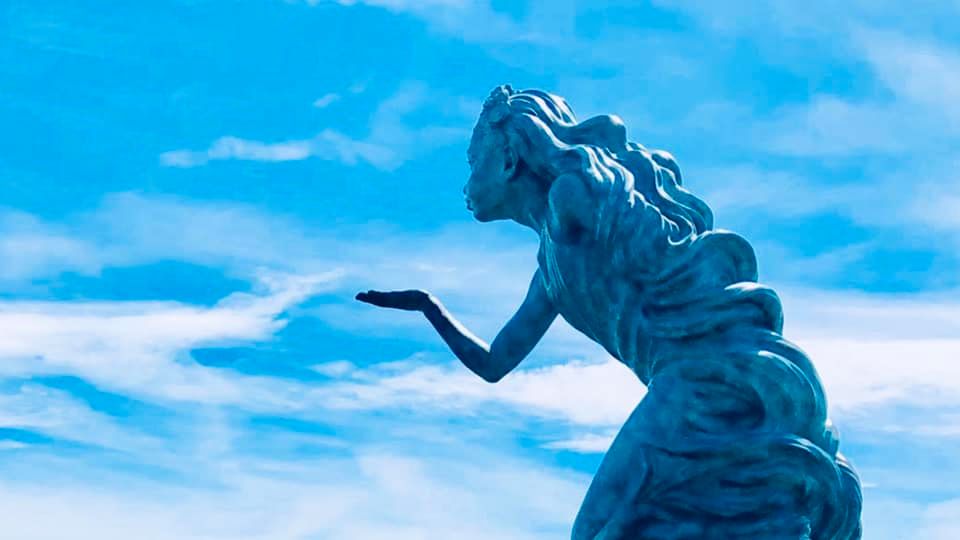 New Quay's natural harbour is sheltered from prevailing winds by New Quay head, and a ‘new' stone quay was built in the early 19th century as shipbuilding boomed.

Above today's harbour beach is a statue of a young girl blowing a kiss towards the horizon.  It marks the half way point of the Wales Coast Path, and reminds us of the longing of New Quay families for the mariners who spent months, sometimes years, away at sea. Until the mid 20th century one in five of the town's men was a Master Mariner, and several were 'Cape Horners'. 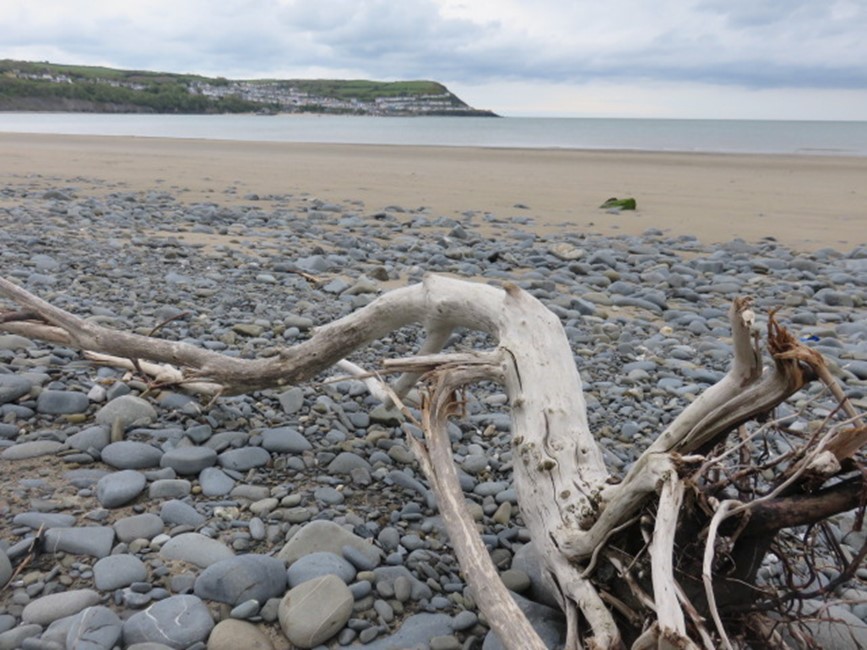 When the tide is out, it's possible to walk along the beach between New Quay and Llanina point, a favourite walk of Dylan Thomas between the town and where he would spend his time writing- in the apple store in the corner of the garden of the mansion of his sponsor, Lord Howard De Walden.  When you can’t walk along the beach the alternative route along a lane will take you past Majoda, Dylan's temporary wartime home. 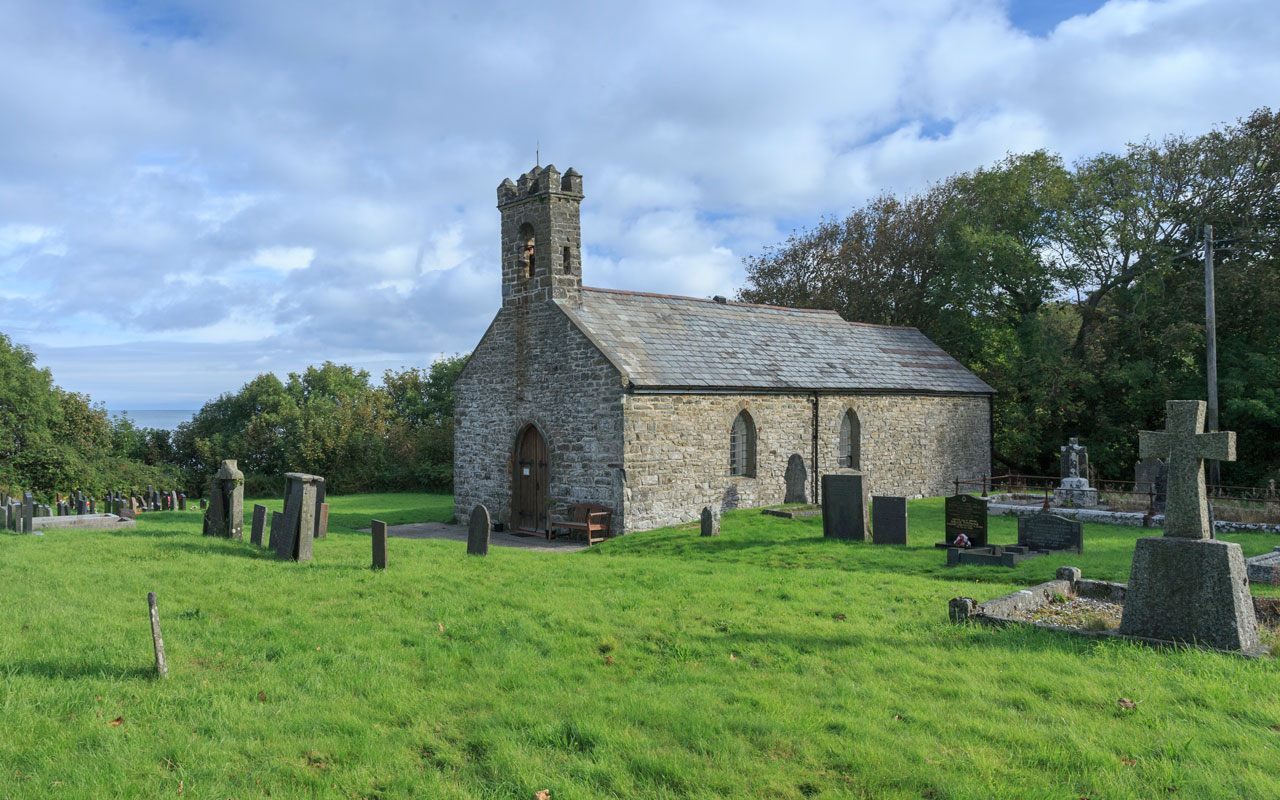 The present day Llanina church is said to have been built for the 6th century king of Wessex who wanted to show his gratitude for being saved by local people when he was shipwrecked on this coast.  Beyond Llanina is Cei Bach, the ‘little quay’. From here the path gradually makes its way across a wooded slope. 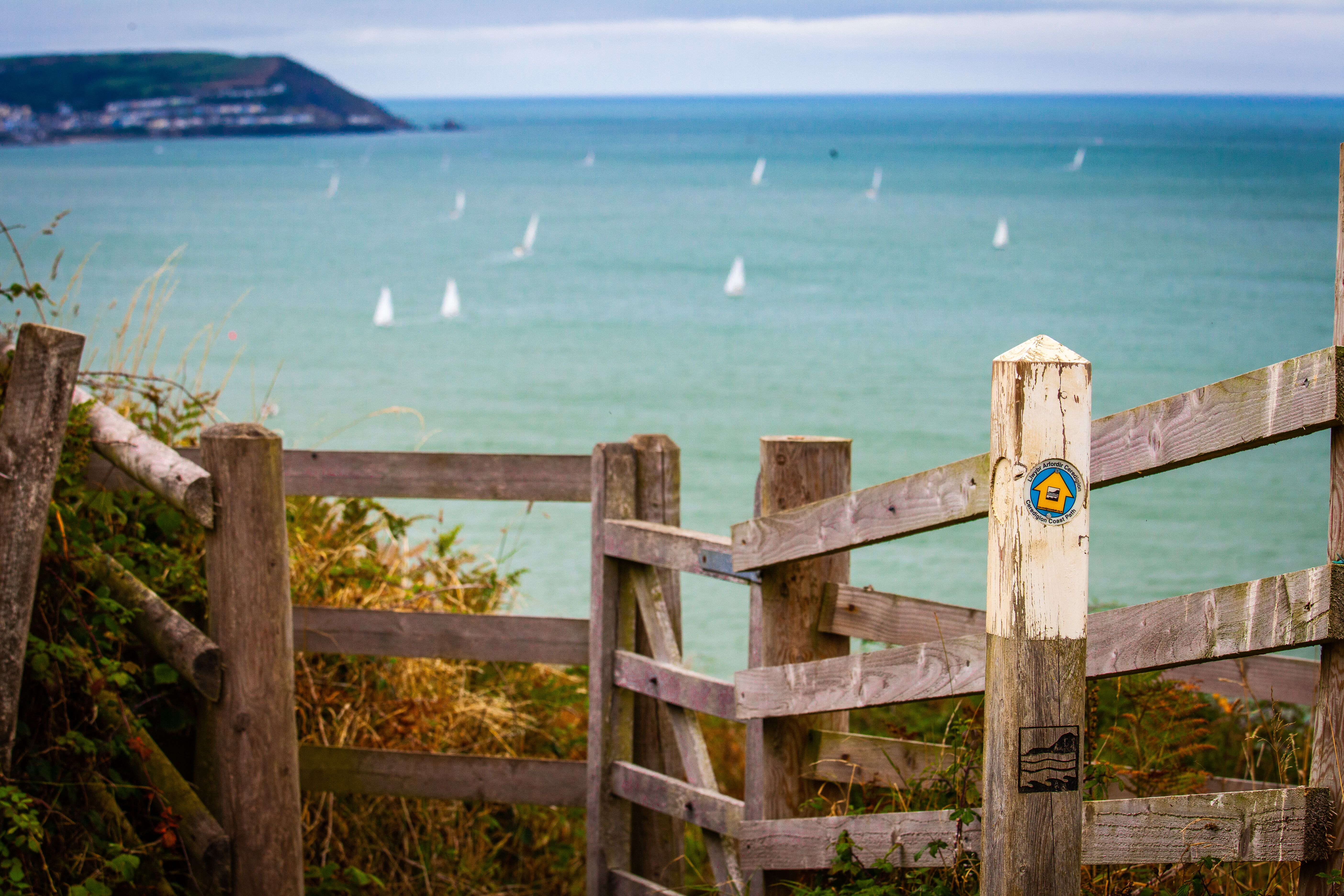 A number of short rivers run down to the sea through wooded valleys before dropping  unexpectedly over the cliff to pebble coves below. 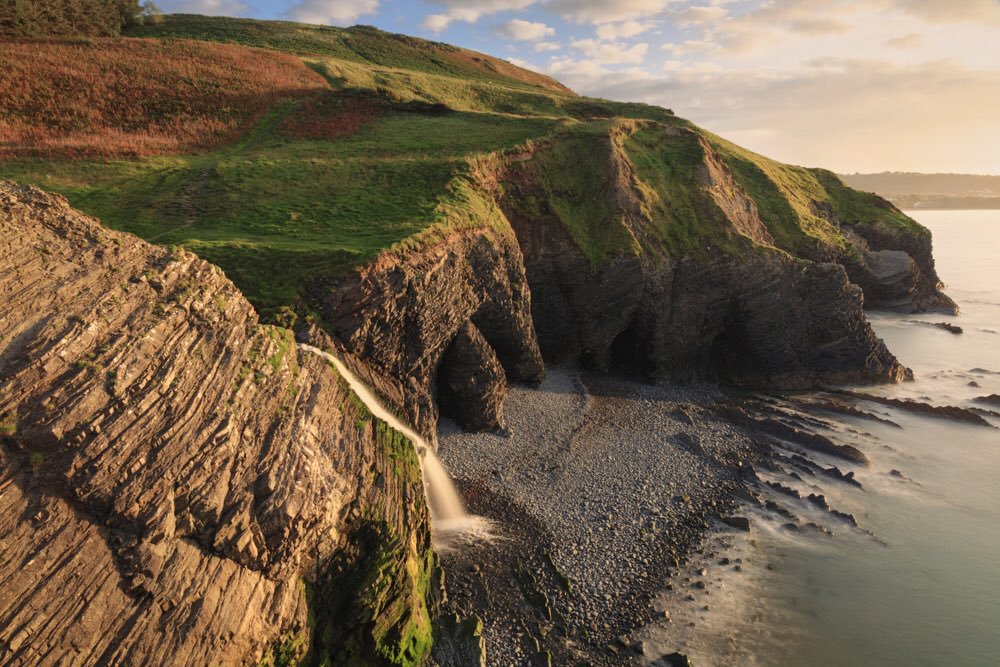 One of these is Gilfach yr Halen Its name might be a reminder of the smuggling of salt and other commodities, (halen is salt in Welsh) that took place along the coast when the tax was much higher in Britain than over the Irish Sea in Ireland.

On the hill above the Coast Path, just south of Aberaeron is Henfynyw. The church is on the site of an early monastery, and it is said that St David spent his childhood here. 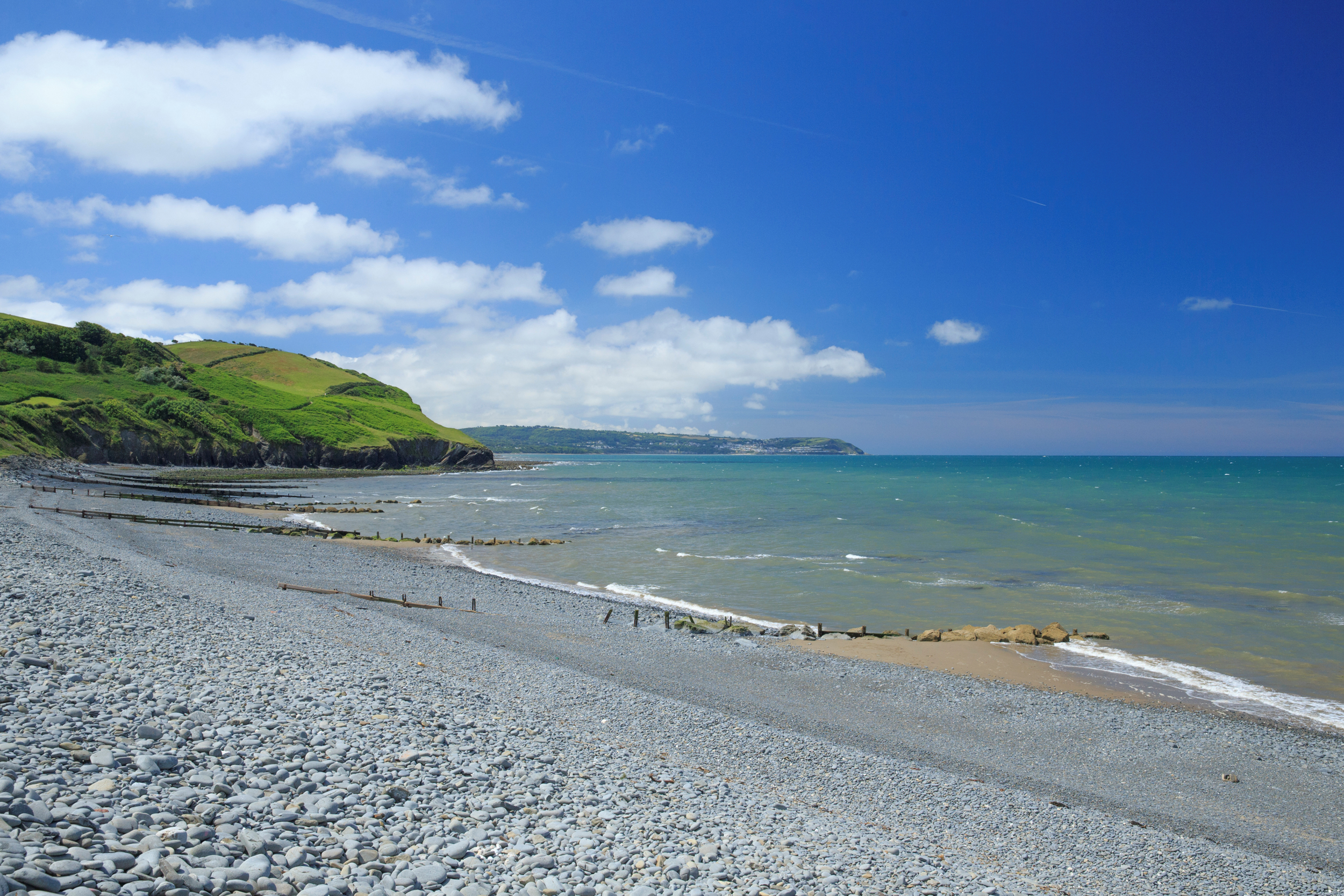