The spirit of the Cambrian Mountains metal miners

The copper, gold, silver and lead mines of Ceredigion and the Cambrian Mountains are among the earliest in Britain, dating back over two thousand years. Since then the hills of Ceredigion have been mined by monks and kings and have drawn prospectors in search of riches from as far afield as 18th century Germany and Italy. 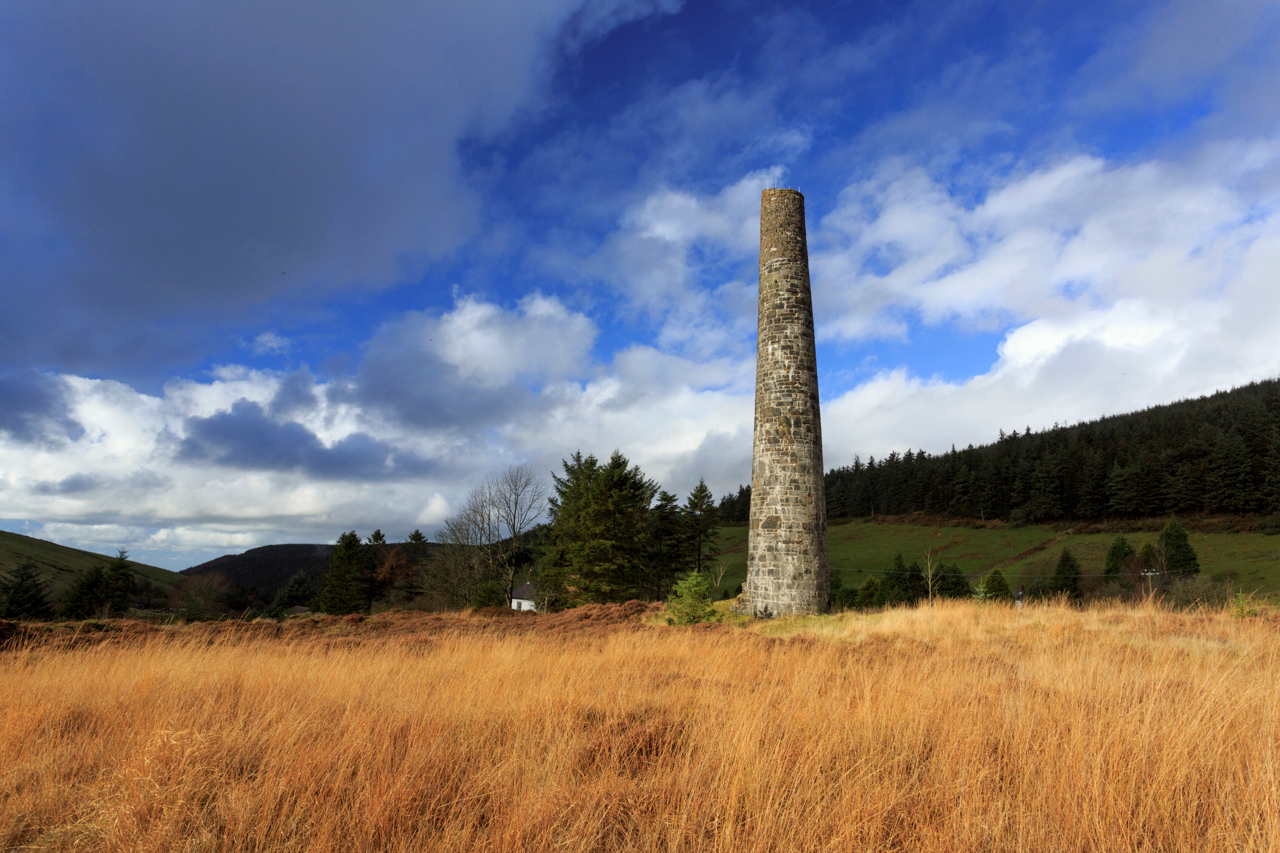 Cwmsymlog mine was described in 1744 by Lewis Morris, who was charged with surveying the area for the crown, as "The richest in lead & silver of any in his majesty's dominions" and silver mined from the Cambrian Mountain mines was abundant enough that a Royal Mint was established at Aberystwyth castle during the 17th century. 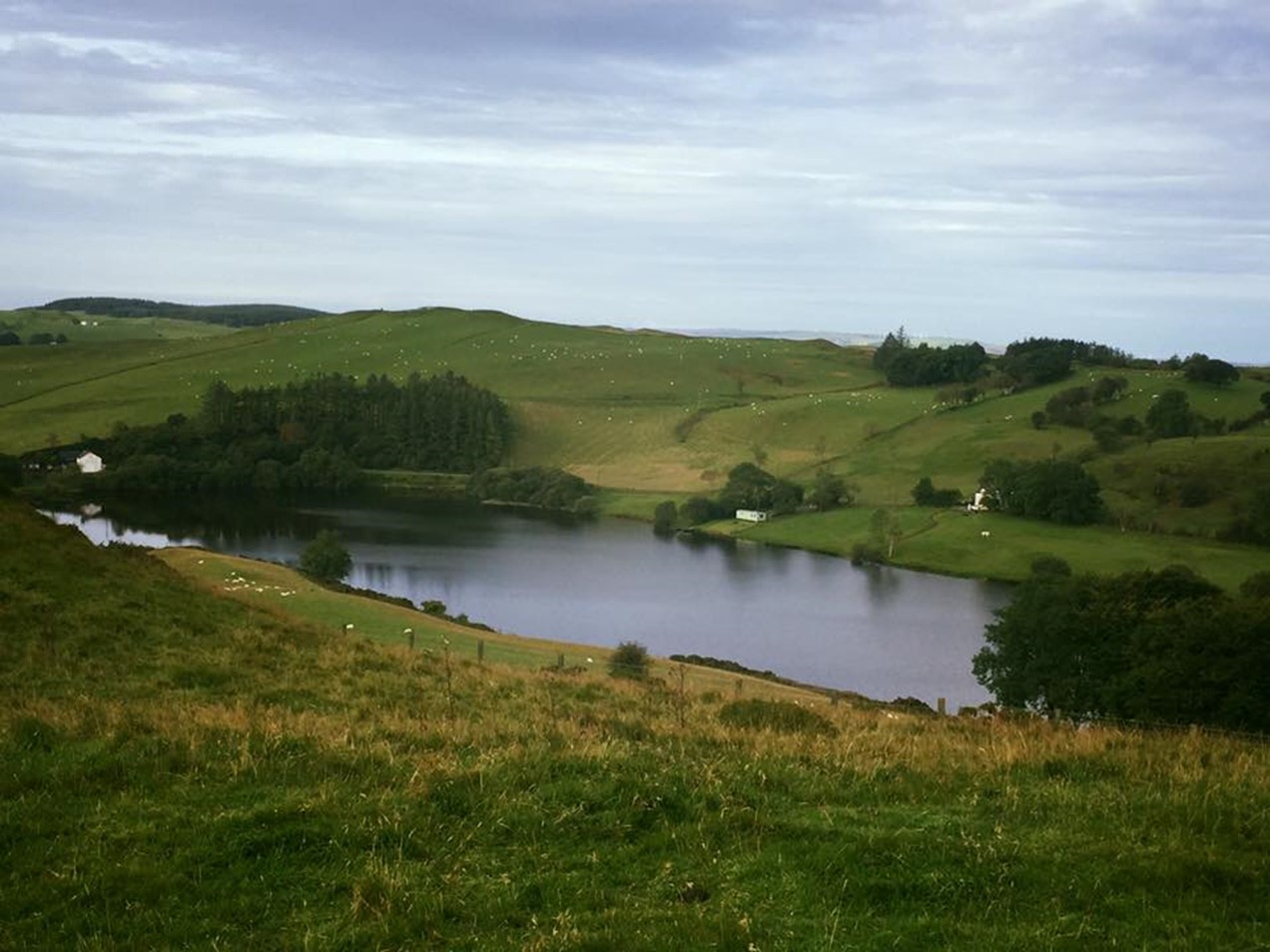 In the 17th century Sir Hugh Middleton had the lease on several mines in the area, which earned him an income of £18,000 a year and from 1750 onwards, lead mining activity increased significantly until it peaked in the mid 19th Century.   By 1870 there were 10,000 workers associated with the industry in the Cambrian Mountains and workers were attracted from other mining areas such as Cornwall and even as far afield as Italy and Germany.

Lewis Morris' account states that there were so many languages being spoken at the Esgair Mwyn mine in 1755 that he dubbed it 'Babel'. the extent fo mining also drew comparisons from far afield  - Cwmystwyth mine was likened to the great Potosi metal mines in Bolivia, and speculators dubbed their workings with names such as the ‘Welsh Broken Hill’ Mine  and 'the California of Wales' perhaps reflecting their hope and ambition as the industry reached its height in the late 19th century.

The physical remains of the old crusher houses and spoil tips, smithies, old miners’ cottages, chapels and graveyards can be seen across northern Ceredigion. 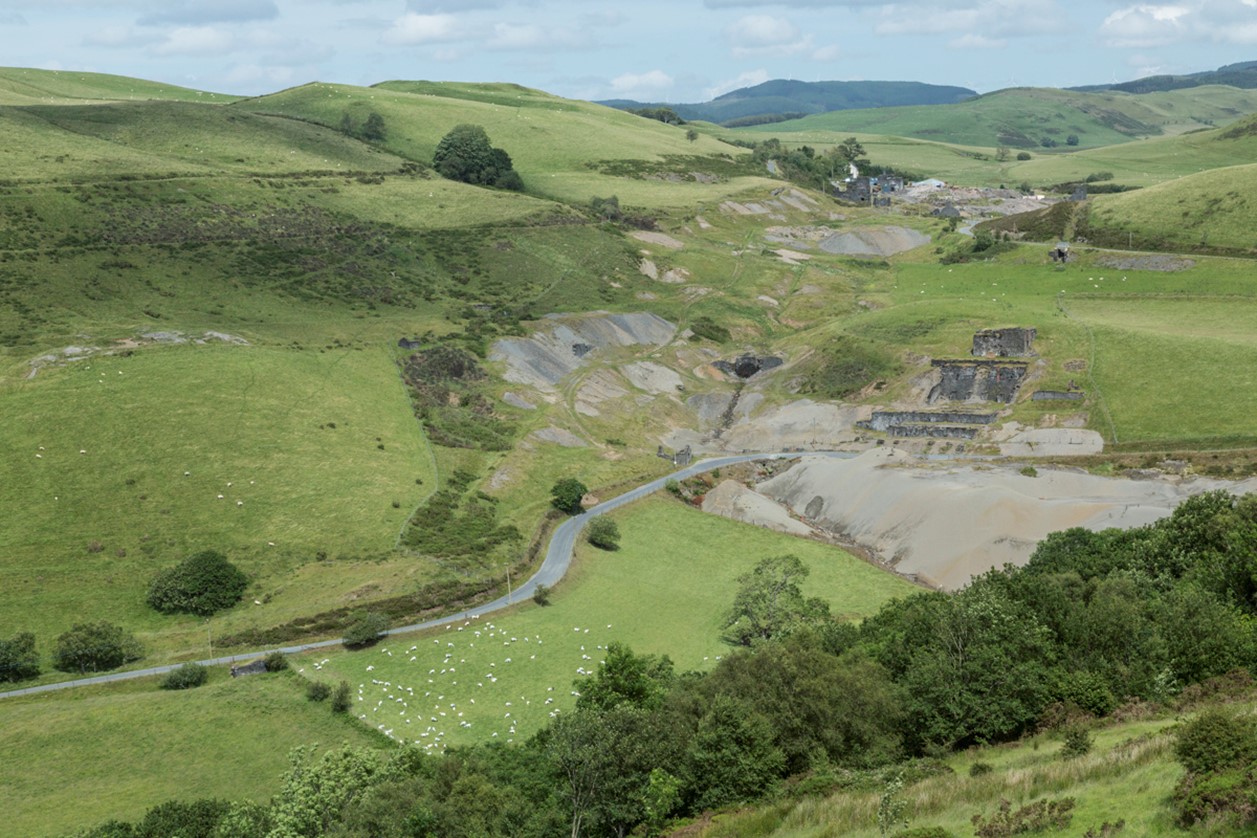 Visit the Silver Mountain Experience​ Llywernog and follow the Spirit of the Miners walking routes in the Cambrian Mountains to discover Cwmsymlog, Cwm Ystwyth and other sites associated with the industry.

Visit churches and chapels​, from those of the gentry such as Hafod Church, to the nonconformist chapels of the mineworkers and their families such as Cwmystwyth and Cwmsymlog. Also see the magnificent waterwheels from this period at Dyfi Furnace​, Llywernog, and Pontrhydygroes. 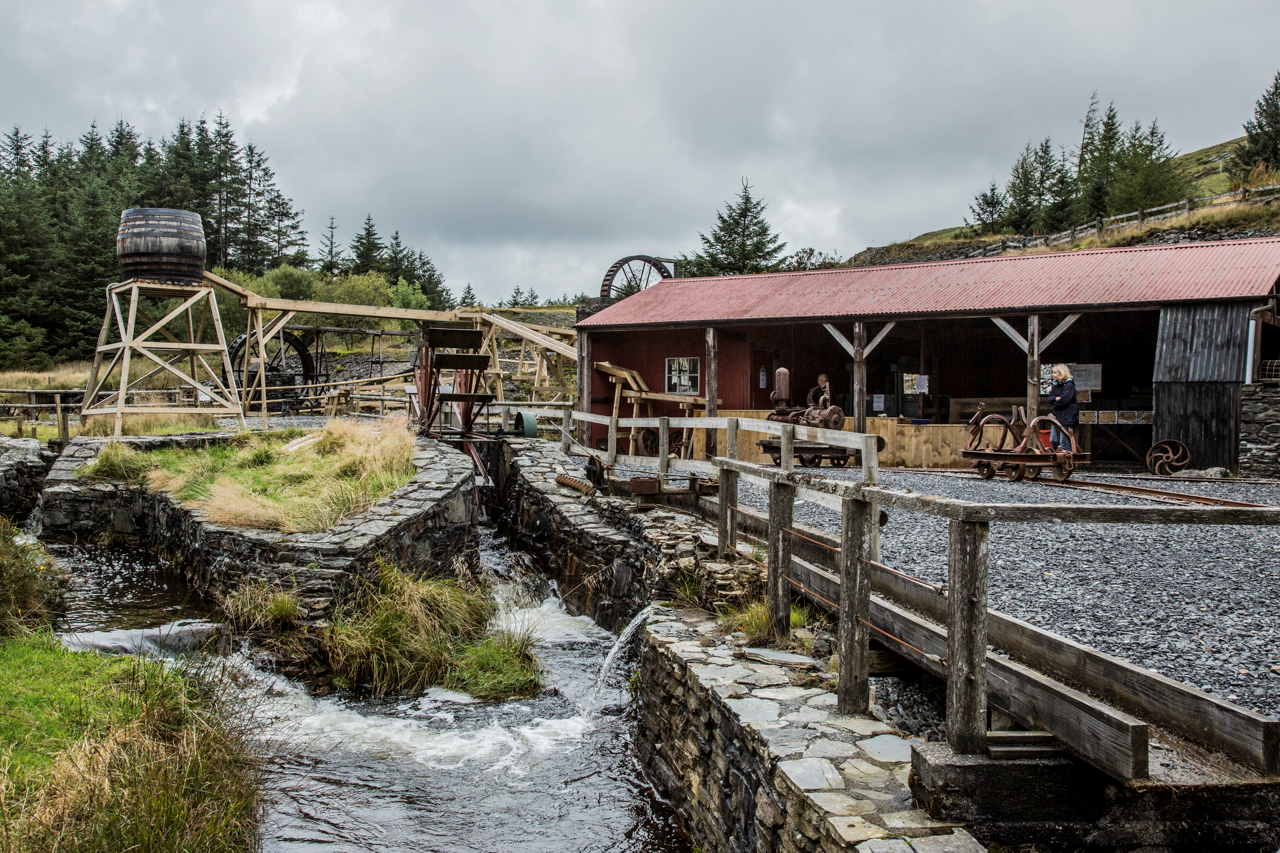 To get the most out of a visit to the mining sites of Ceredigion, take a guided tour, visit an interpreted site  or join a working party​.​​ 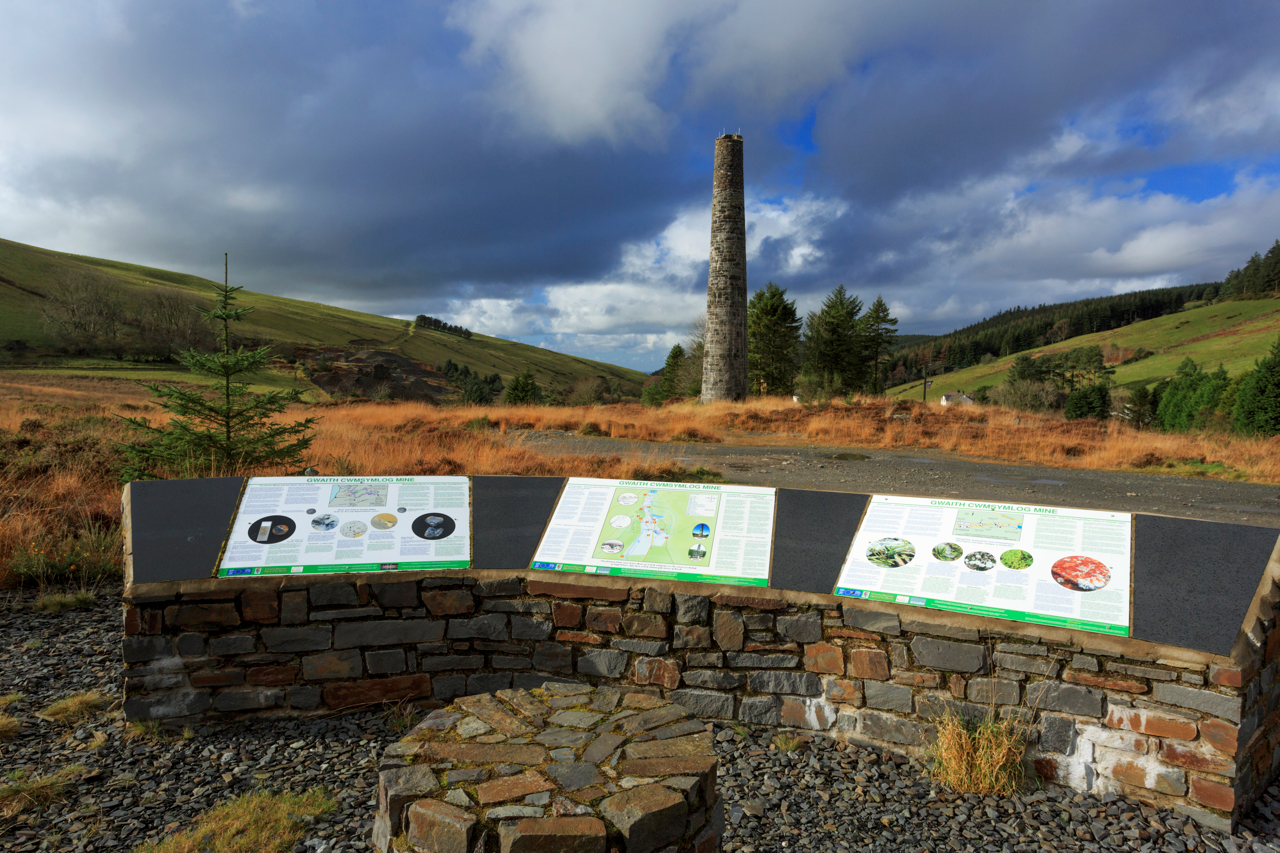 Ceredigion Museum has an interesting collection of coins, tools and miners hats, made from felted wool.

Originally a silver-rich lead ore mine, part of the Llywernog site of the Silver Mountain Experience is a scheduled ancient monument. Guided tours include visits to underground tunnels and around restored buildings dating from the 1860s.

Myths and stories about mining and miners are brought to life with interactive features. There's a heritage trail to follow, an Escape Room, and events held throughout the year, including spooky Halloween activities and an annual heritage weekend, held in March.

A Roman gold mine

The Romans came to west Wales in search of gold, and used sophisticated hydrological mining techniques, based on reservoirs and leats, to extract it. 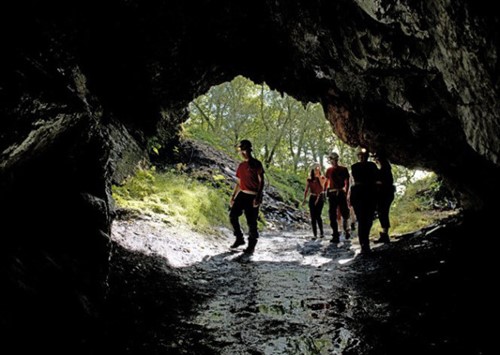 You can visit a Roman gold mine and see how the landscape was used and adapted by the Roman miners. You can also go underground to see the mine workings, which were active until the 1930s.

For more about the area and its communities see

Spirit of the Miners walks and rides

Some of the mine remains are visible from the road, most notably in the upper reaches of Cwmystwyth, and at Frongoch and Cwmnewidion between the lower reaches of the Ystwyth valley, Pontrhydygroes,  Trisant and Devil's Bridge there are other spoil heaps and buildings, including an early power station at Cwmnewidion. Please note that these are on private land.

Follow the Spirit of the Miners routes across northern Ceredigion and spot ruins, former tram tracks and 'leats' around Talybont and Bontgoch, see the chimney, chapel and ruined barracks at Cwmsymlog and ponds at Ystumtuen on the Borth to Devil's Bridge and Pontrhydfendigaid route.

The communities of Ystumtuen and Pontrhydygroes - on opposite sides of the Rheidol valley gorge - grew with the mining boom.

See the restored waterwheel, a former counting house, and the restored bridge across the gorge at Ponthrydygroes.

On the slopes of the Rheidol valley, like other mining remains, a listed ancient monument, is a spoilheap known as 'The Stag' . It is best seen on a trip on the Vale of Rheidol Railway.

The railway itself was originally planned as a means of transporting the silver rich lead ore for export from Aberystwyth harbour.

Underground guided tours are available at the Silver Mountain Experience.

Cambrian Safaris have a range of tours in the Cambrian Mountains, including half and full day tours focusing on the silver-lead mining heritage of the area.

For details of work parties you can join, even if you've never worked on a mine or dig before, check the news pages of the Welsh Mines Preservation Trust. They will provide you with directions and show you the ropes.