The Picturesque landscape of Hafod and the industrial drama of silver-lead mining drew the first tourists to the Ystwyth valley. These now peaceful communities were also on medieval pilgrim routes to Strata Florida Abbey. 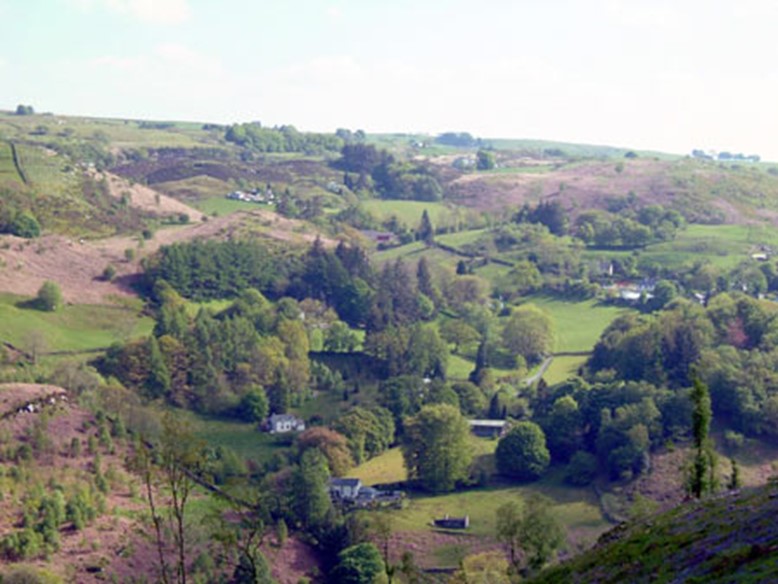 Pontrhydygroes is set on the wooded slopes of the Ystwyth valley and was described by Victorian tourists as a 'little Switzerland'. Pontrhydygroes is  a former silver-lead mining village, with buildings recalling the height of the industry in the area, including a 'counting house'  a restored working waterwheel, an imposing chapel, and a pub called, of course, the Miners Arms. 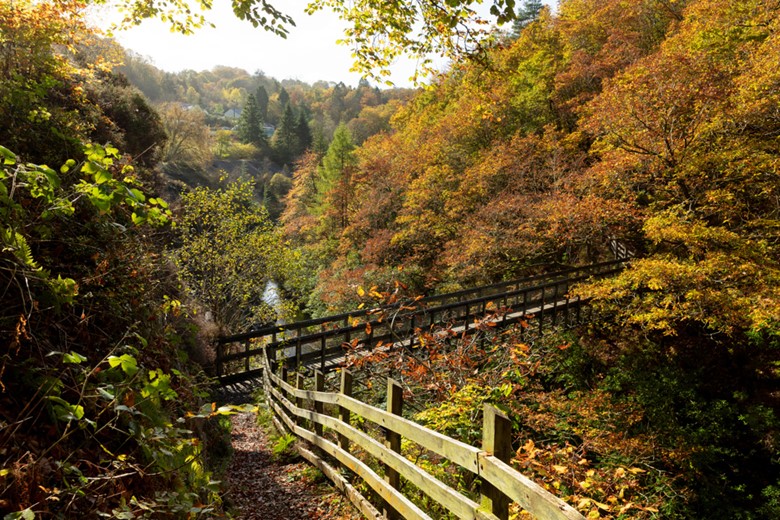 The restored Miners Bridge crosses the gorge over to the Ystwyth to the nature reserve of Coed Maenarthur (The woods of Arthur's stone where the paths lead to an ironage hillfort.

Ysbyty Ystwyth lies further up the hill, it's name reminding us that the little church  ('Ysbyty' comes from the association with the Knights Hospitallers) was a stopping point on the Medieval pilgrimage route from Llanbadarn to the Cistercian Abbey of  Strata Florida.

The mines of Cwmystwyth have a history stretching back from their closure in the mid 20th century to prehistoric times. The site was mined in Roman times and later by Cistercian monks from Strata Florida Abbey. The spoilheaps, dressing floors and the miners barracks dominate the western slopes of the valley once you have passed through the village. 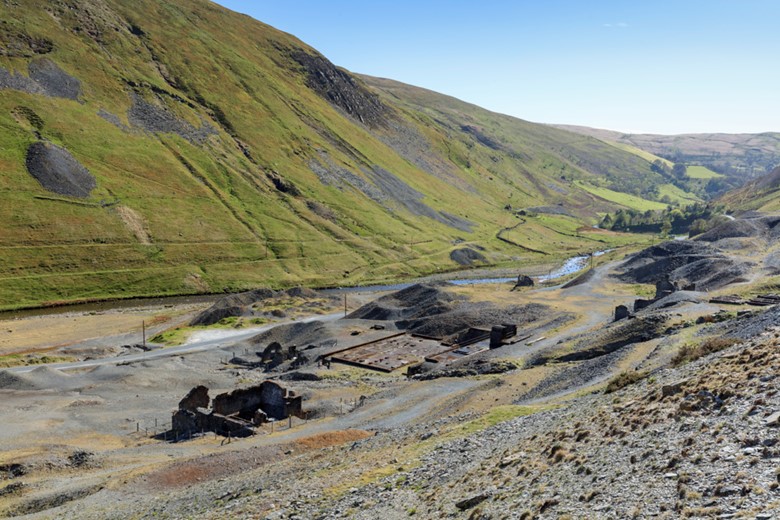 Siloam chapel is the most prominent building at the heart of the hamlet of Cwmystwyth. It is where the local eisteddfod and the village archives are held. Family roots can be researched at St Michael's and All Angels church, known also as Eglwys Newydd ('new church' rebuilt in Gothic style in the 19th century) but perhaps even better known as Hafod Church.  Restored after a devastating fire in the 1930s, monuments include the touching memorial to the only daughter of Thomas Johnes of Hafod Uchtryd.

Thomas Johnes transformed the landscape and the agricultural practices of his Hafod estate, experimenting with dairy farming, forestry and gardening. He built an elegant mansion which featured a library designed by John Nash, and laid out his grounds with paths and monuments to enhance its natural features  of woods and waterfalls. 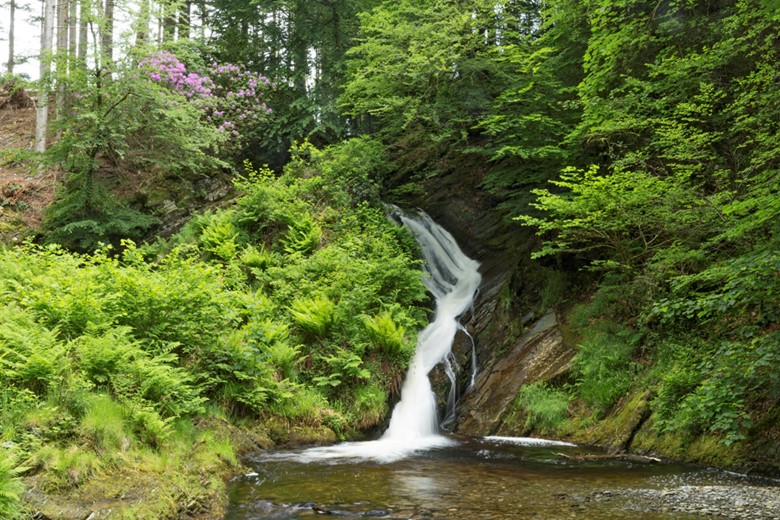 The walks which led to a succession of views which Johnes created attracted visitors from far and wide to admire the panoramas that epitomised the principles of the Picturesque movement which was the height of fashion at the time The restored walks and garden features continue to attract and entertain today, but sadly, the mansion is lost, damaged by devastating fires, and ultimately dynamited by the Forestry Commission in the 1950s.

As you reach the upper reaches of Cwmystwyth, the landscape changes dramatically from ancient oak clad slopes to ochre coloured streams between hills of rock scree. Ruined buildings hint at a more industrial past, but the spirit of the silver-lead miners remains.

Find out more about the story of:

Mining in the Cambrian Mountains

Discover peaceful places of worship across the Cambrian Mountains, from pre-Christian sites, chapels built for miners and shepherds, and the atmospheric ruins of the Cistercian Abbey of Strata Florida, a Medieval centre of Welsh culture and learning.

Learn more about the spiritual story of:

the Age of Saints in Ceredigion.

The estate of Hafod Uchtryd, once a possession of Strata Florida Abbey, became the passion of 18th century entrepreneur Thomas Johnes.

Other estates flourished in the Ystwyth and Rheidol valleys.

Find out more about the story of