Tregaron is is the chosen site of the 2020 (now 2022) National Eisteddfod of Wales. A truly Welsh town, with over 60% of its population able to speak Welsh, it received a royal charter in 1292. It is the perfect starting point for exploring the Cambrian Mountains. 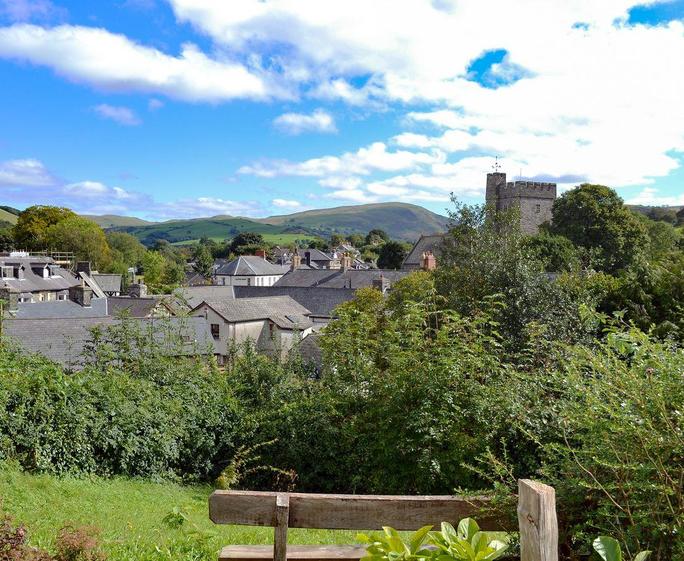 ​​Tregaron is shown on the 16th century cartographer John Speed's map of Wales as the only Welsh town in Ceredigion. The other three - Aberystwyth, Cardigan and Lampeter were of Norman origin. It received its charter for a market in 1292. There is still a livestock market in Tregaron today. 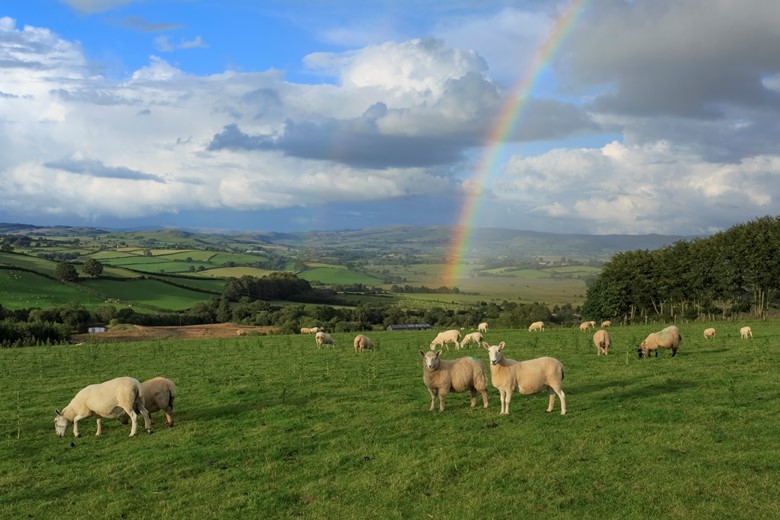 Tregaron is at the heart of Ceredigion' livestock rearing area, specialising in store cattle and sheep, which still sustain a thriving livestock market today. The area also has several Welsh pony and cob breeders  and trainers breeders specialising in horses for harness racing. 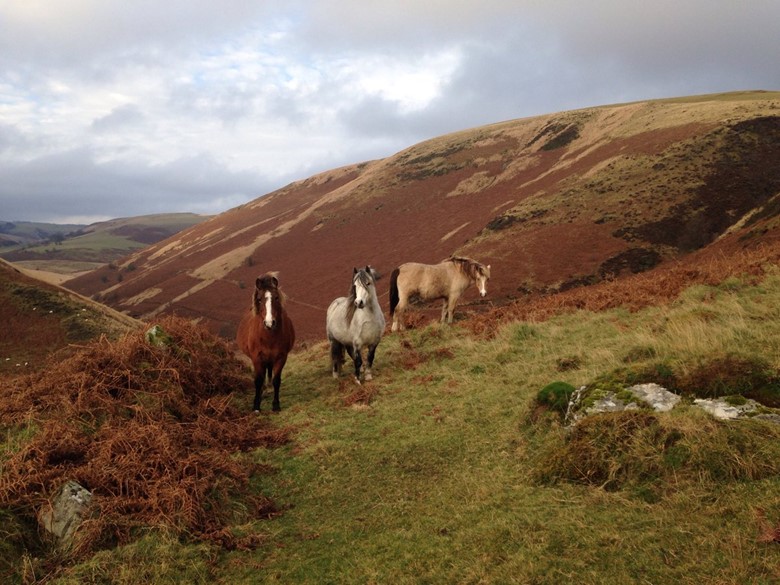 ​​​Tregaron - a place of peace

The church, which stands on raised ground by the river Brenig, is dedicated to St Caron. Capel Bwlchgwynt chapel is another imposing building, built in 1775 for the town's Calvinistic Methodists.

On the main square is a statue commemorating a famous son of Tregaron, Henry Richard became MP for Merthyr Tydfil, and campaigned tirelessly on Welsh and non-conformist issues that he earned the nickname 'the Member for Wales'. As well as being an anti-slavery campaigner, Henry Richard was a founder and the first secretary of the Peace Union, which was a forerunner of the League of Nations and the present day United Nations. As a pillar of the temperance movement Richards’ statue naturally has his back to the Talbot pub. 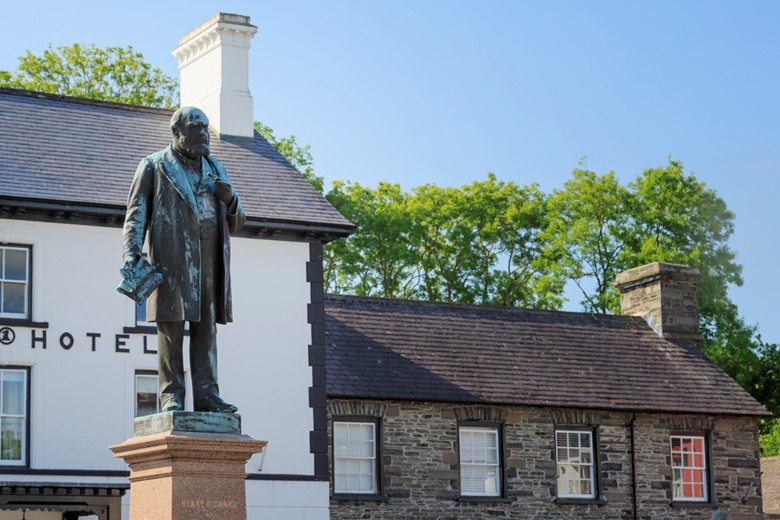 Tregaron lies at a strategic point for routes over the Cambrian Mountains. It was where the drovers gathered livestock to take them along ancient tracks across the mountains to the pastures of Herefordshire to be fattened for the markets of the English Midlands, London and South East England.

Soar y Mynydd chapel lies in the mountains on the road to Llyn Brianne. Built in 1822 by Henry Richard's father to service farmers and drovers, it is possibly the most isolated and peaceful chapel in Wales. 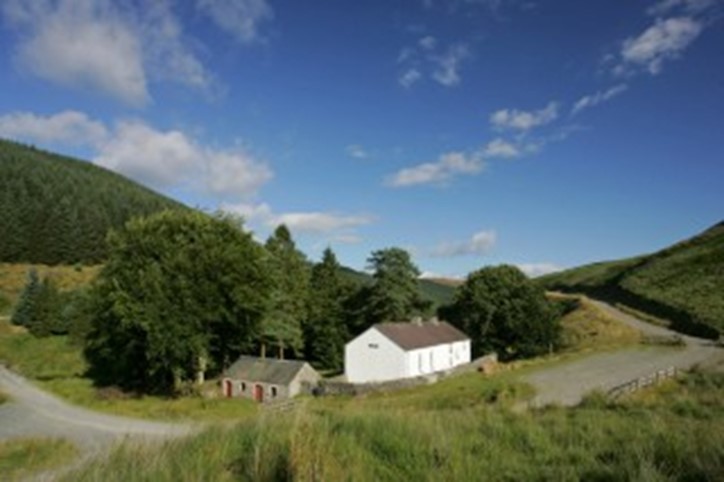 About six miles away, in a pretty wooded valley, lie the ruins of the Cistercian monastery of Strata Florida, chosen for its quiet solitude by the monks who spent their time in worship and study. Despite being wilfully ruined by the English crown in the wars of the Middle Ages and the 16th century dissolution of the monasteries by Henry VIII, it is still an important cultural icon for the people of Wales.

Known as 'cors goch Teifi' (the red bog of the Teifi), the vast wetland that almost fills the upper Teifi valley is part of a 2,000 acre National Nature Reserve. But its importance is international, as it is one of most intact examples of a raised bog landscape in the United Kingdom. These vast dome shaped deep peat deposits began to formed over 12,000 years ago, and are still growing.

Follow the boardwalk to the middle of this landscape to experience its peace and wildlife. 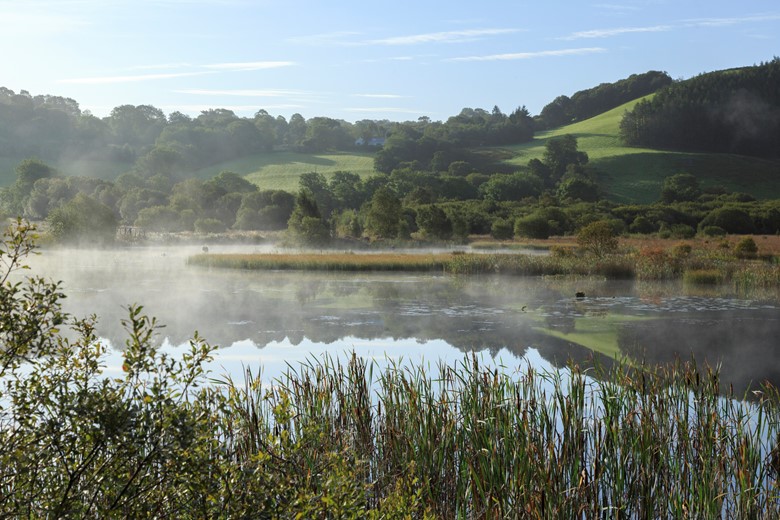 Twm Sion Cati is a popular Welsh hero similar to Robin Hood, who is said to have used his wit and bravery to outsmart gentry and crooks alike, and for his kindness to the poor. Late in life Twm married a widowed heiress, was appointed Justice of the Peace and became a respectable historian and genealogist. 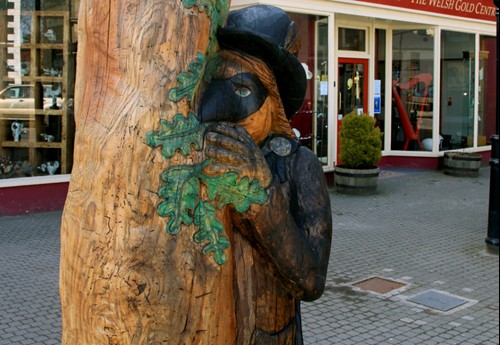 Born at a house called Porth y Ffynnon (Fountain Gate) on the outskirts of Tregaron in about 1530, Twm's real name was Thomas Jones. He fled to Geneva in 1557 but two years later he returned to be pardoned by Elizabeth I, which suggests that he may have hidden in his Cambrian Mountains cave to escape religious persecution rather than to avoid the wrath of people who had been tricked by him.

Ceredigion author T Llew Jones wrote about the adventures of Twm Sion Cati, and a 1970s BBC television series, Hawkmoor, was also based on his exploits.

Visit the Red Kite Centre at Tregaron to see a copy of Twm's will.

Tregaron is the home of Rhiannon Gold Centre - a jewellery gallery and workshop, where Rhiannon herself creates jewellery inspired by Celtic mythology and art. The centre includes a display of Rhiannon's own collection of Celtic art and a contemporary art gallery with regularly changing exhibitions of local artists work.

Find gifts with a Welsh and local theme at Anrhegaron

Before the coming of the railways it is said that around 30,000 cattle per year went through Tregaron and such was the trading importance of the town that the Aberystwyth and Tregaron Bank was opened in 1810 to issue its own bank notes. The number of black sheep (y defaid du) engraved on the banknotes indicated the number of pounds (1, 2, 10 etc). Original bank notes can be seen at Ceredigion Museum. 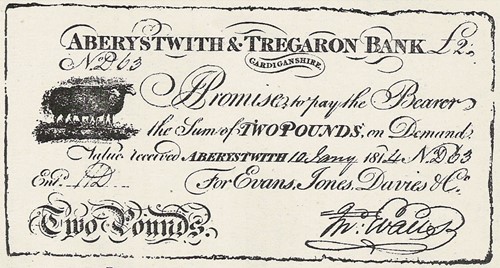 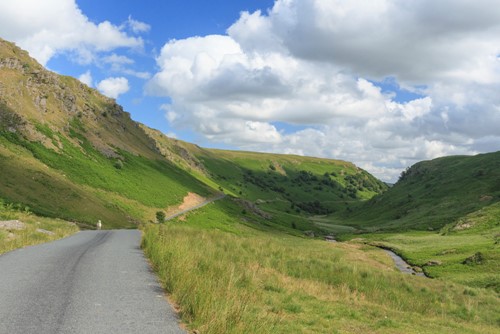 The stunning Tregaron – Abergwesyn mountain road was originally the first stage of the drover's route. Today it is a popular driving and cycling route across the mountains, with far reaching views across the moors. The switchback bends of the 'Devil's Staircase' is one of the toughest, but 'must do' cycling challenges.

Discover the neighbouring communities of the Cambrian Mountains