Designated Heritage Coast and arguably the most spectacular part of the Ceredigion Coast Path, the section between Llangrannog and New Quay includes the iconic Ynys Lochtyn, the coves of Cwmtydu and Cwm Soden, and near New Quay, Birds Rock - a great area for spotting both marine wildlife and seabirds. 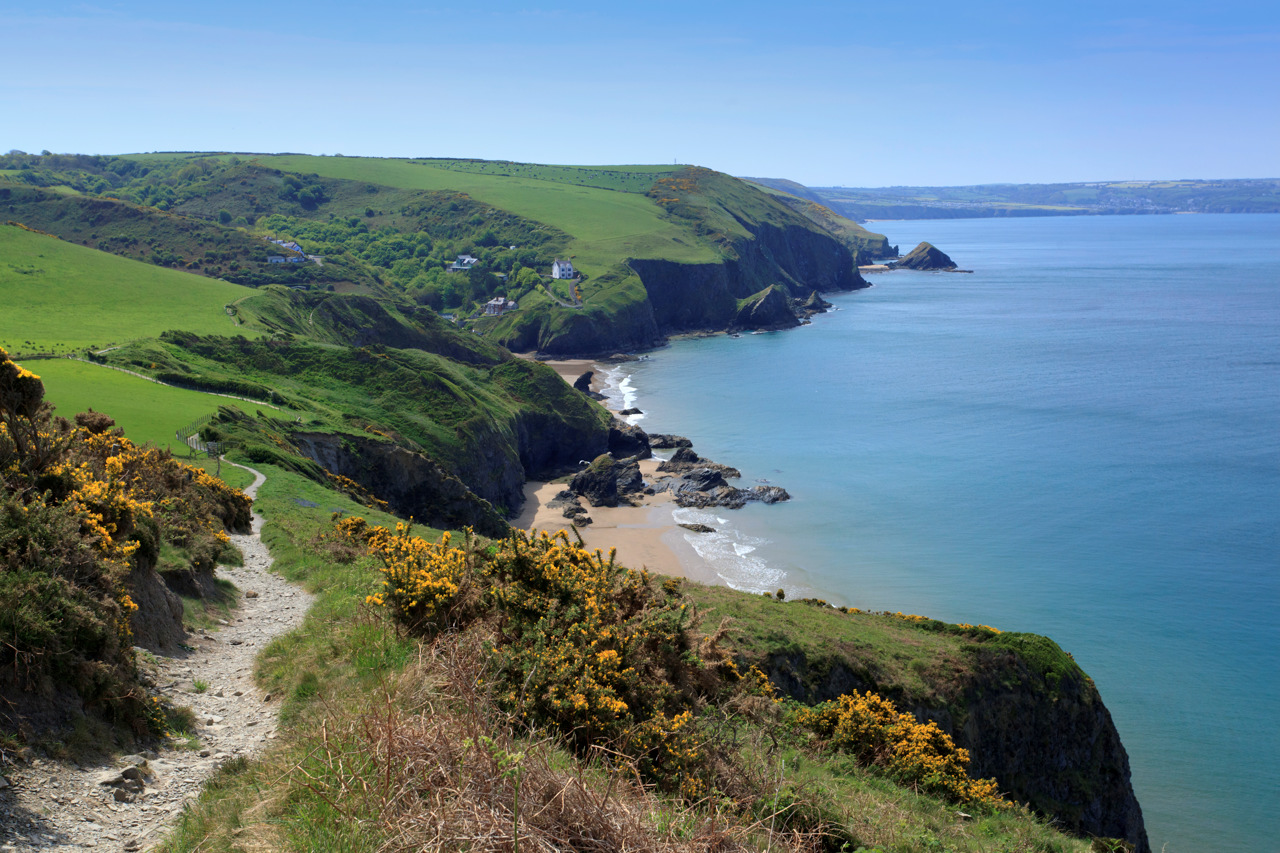 Llangrannog lies across the boundary of  two types of Paleozoic rock, Silurian and Ordovician. These names, internationally recognised and used by geologists worldwide, were taken from the names of two Celtic tribes that once occupied Wales. Look closely at Carreg Bica – it has clear layers and contorted folds of rock at its base. Dark layers of mudstone often contain well preserved graptolites, a form of prehistoric plankton. Their remains are often used to date rocks. The name is derived from the Greek, meaning ‘written rock’. 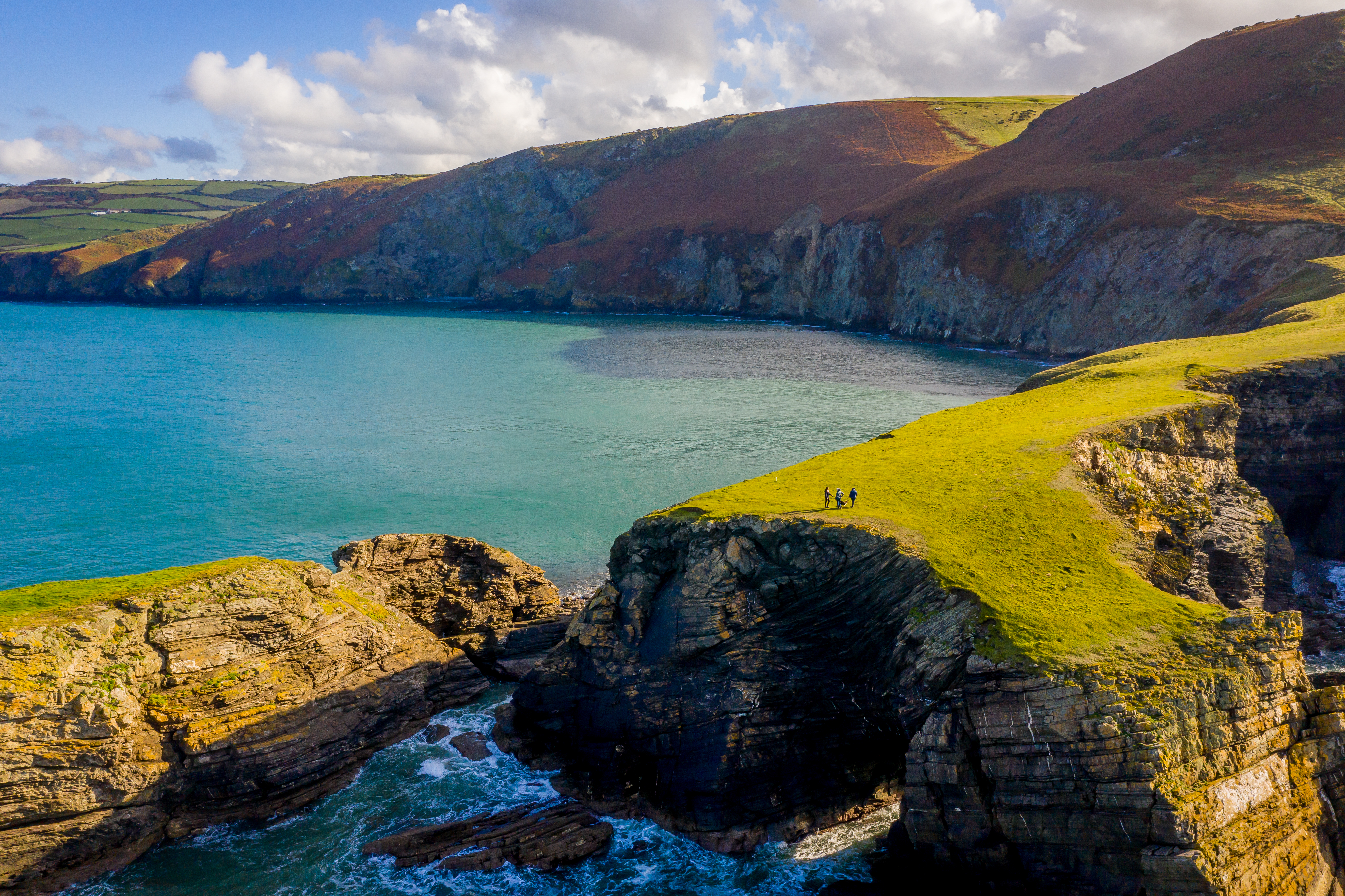 Carreg Bica and the promontory of Ynys Lochtyn are linked  in a local legend. Pendinas Lochtyn is an Iron Age hillfort which makes the most of its highly visible and defensive position on the summit of the hill. It overlooks another, smaller fort on the promontory.  With sheer cliffs to protect it on three sides, only one defensive wall was needed. You can see this clearly today, 2,000 years since it was constructed.

The next section of the path is possibly the most dramatic - a long stretch clinging to a steep sided slope. Tucked away beyond it is Cwmtydu, a quiet cove with caves hidden in its contorted rocks - a favourite of both atlantic grey seals and of smugglers of yore.  The path traverses the wooded slope of the deep, narrow valley before crossing the little Drywi river.  At Cwmtydu, you will spot the former limekiln by the shore, and nearby unique accommodation created out of sea containers. 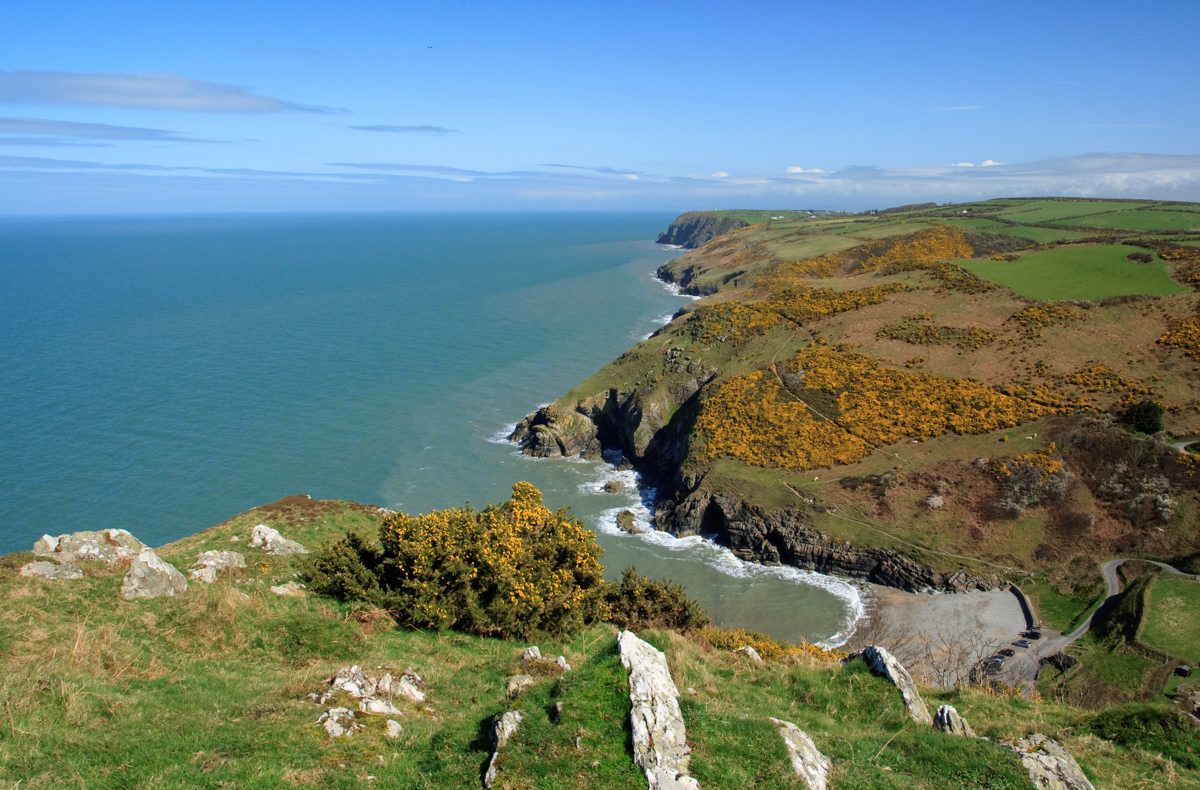 This whole stretch of coastline is owned and managed by the National Trust. An important part of their work in the area is managing the land for wildlife. You'll spot choughs on the cliffs, and in the little valley of Cwm Soden, the habitat is perfect for the now rare small pearl bordered fritillary butterfly.

Between Cwmtydu and Cwm Soden is Castell Bach - another iron age hillfort, easily identified by the curved remains of its ramparts, now very close to the cliffs as it is being eroded by the sea. 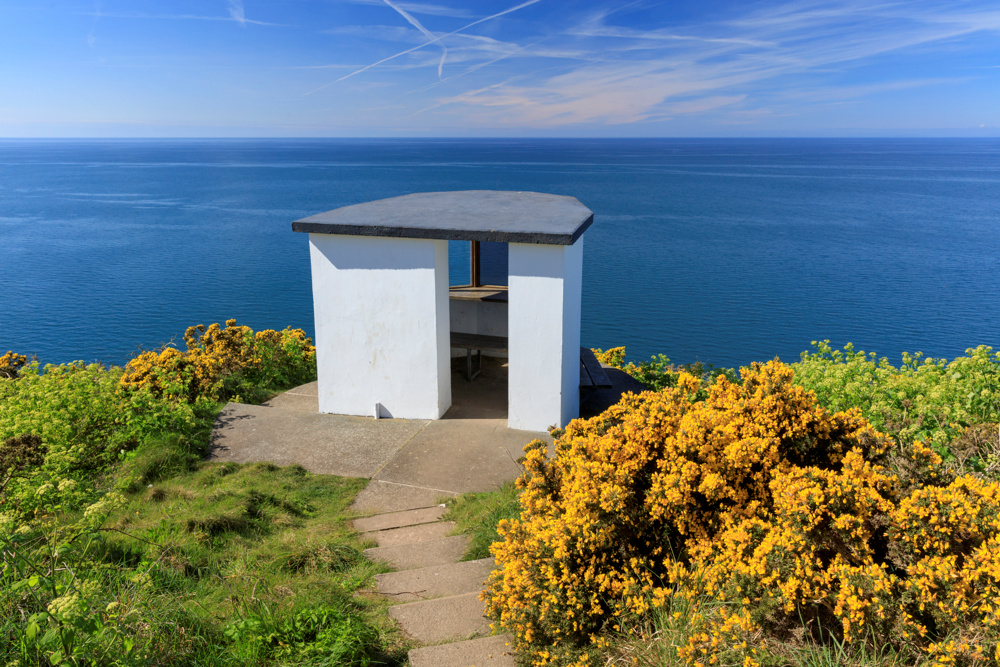 A former coastguard's lookout perched above Bird Rock on the approach to New Quay is the perfect spot to scan the sea for dolphins and coastal seabirds. 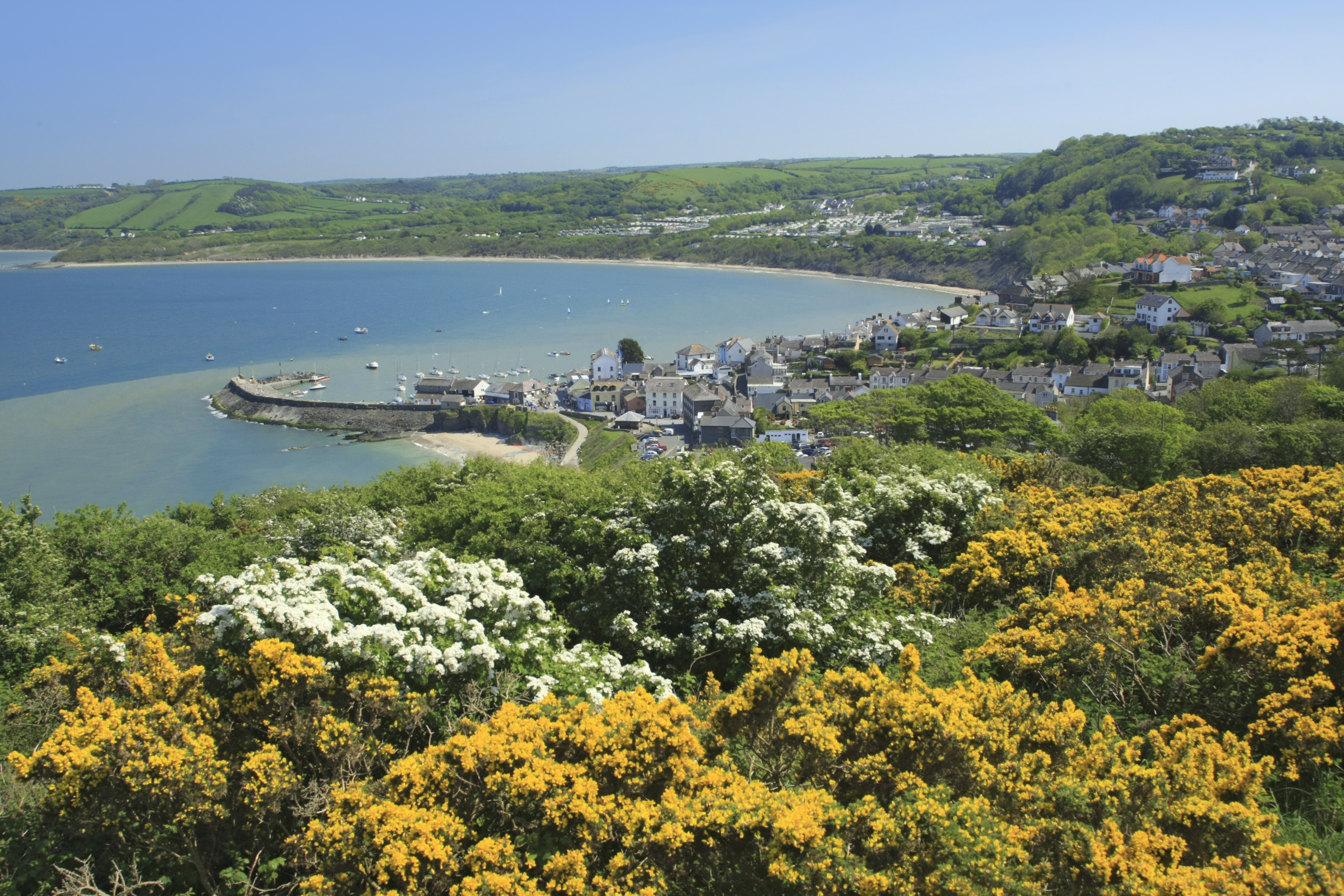 As you descend into New Quay, you may well be following in the footsteps of Dylan Thomas who knew the area well.

For more than a century, Urdd Gobaith Cymru, - the ‘Urdd’ - has welcomed children and young people to Llangrannog to enjoy sport, learn and socialise through the medium of Welsh. Today’s facilities at the Urdd's camp, first opened in 1932, include a barn for horseriding lessons, a swimming pool, gokart track, ski slope and adventure zone with zipwire, climbing and abseiling wall. The Centre at Llangrannog welcomes over 25,000 children and young people each year, and also offers holidays breaks for families and groups.

This part of the Ceredigion Coast is a designated Heritage Coast.

Read about Ceredigion's history and places to visit

and learn more about Dylan Thomas in Ceredigion